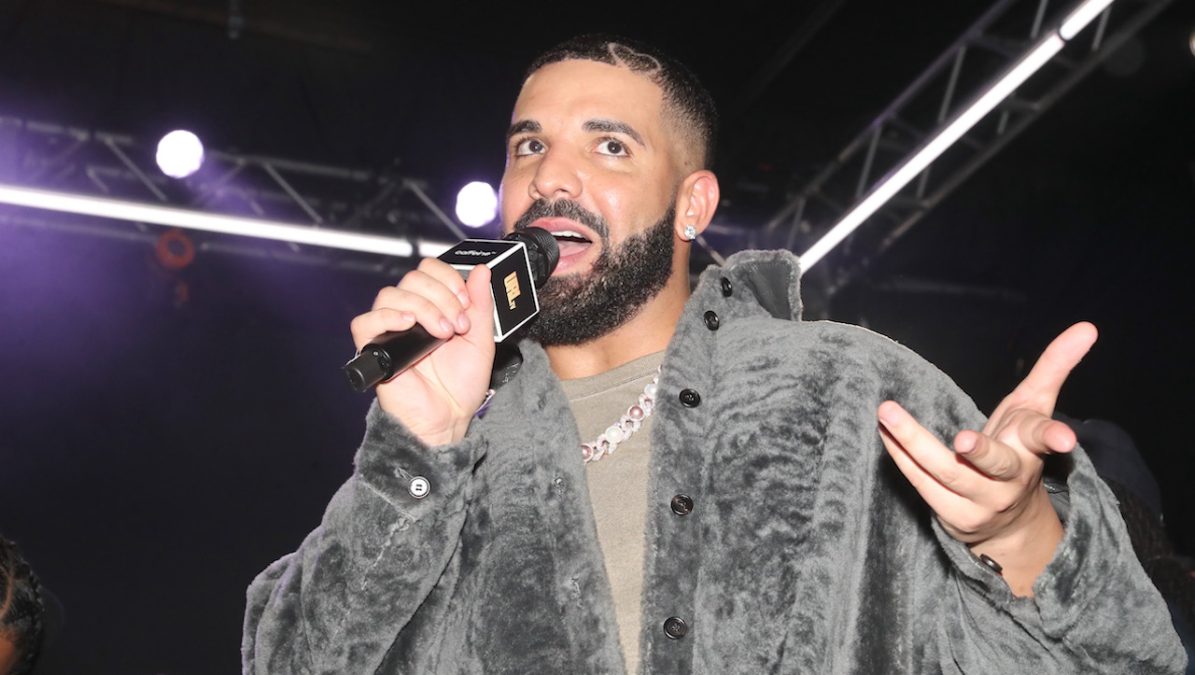 Drake and 21 Savage have released their collaborative project Her Loss, and some of Drizzy’s bars have stirred up controversy.

The 6 God already made headlines on Friday (November 4) when he insinuated on the song “Circo Loco” that Megan Thee Stallion was lying about allegedly being shot in the foot by Tory Lanez, to which Meg issued a scathing rebuttal.

But an equally memorable quote also came on the song “Middle Of The Ocean,” where Drake claimed to have issues with Serena Williams’s husband Alexis Ohanian, the co-founder of Reddit. Drizzy and Serena were rumored to have been romantically entangled sometime in 2015.

“Sidebar, Serena, your husband a groupie,” Drizzy spits. “He claim we don’t got a problem but no, boo, it’s like you comin’ for sushi/ We might pop up on ’em at will like Suzuki.”

It’s unclear what may have happened between Drake and Ohanian, but his veiled wordplay referred to the lavish sushi restaurant Nobu, which fans have theorized may be the location of a conflict that transpired between the two.

Ohanian has since responded to Drake’s allegations, explaining that he’s a proud “groupie” to his wife.

“The reason I stay winning is because I’m relentless about being the best at whatever I do – including being the best groupie for my wife & daughter,” he wrote in part.

Serena responded in the comments with numerous heart eyes emoji’s.

The reason I stay winning is because I'm relentless about being the absolute best at whatever I do — including being the best groupie for my wife & daughter. pic.twitter.com/oaEKuRWFnj

Drake and 21 Savage’s Her Loss project is filled with many other memorable bars. Elsewhere on the Daft Punk-sampled song “Circo Loco,” Drizzy suggests that his reconciliation with off-and-on nemesis Kanye West was merely done as a favor to esteemed music executive J. Prince.

“Linking with the opps, bitch, I did that shit for J. Prince/ Bitch, I did it for the mob ties,” Drake rapped. Ye inevitably got wind of the shade thrown, but told his fans on Twitter to settle down.

“Enough already I done gave this man his flowers multiple times[.] Let’s really see who are real ops are in this music game,” he tweeted. “Imagine all the rappers on the same side and everyone cleaning up each others contracts It’s kingdom time[.] Love Drake #lovespeech.”

Kanye West and Drake’s feud exploded last year, with the Hip Hop icons trading insults, lyrical jabs, and petty leaks in the months leading to the release of their albums Donda and Certified Lover Boy.

The pair eventually reconciled and came together for the Free Larry Hoover Benefit Concert at the Los Angeles Memorial Coliseum the following month, where they performed on stage together for the first time since 2016.

As for Meg, she wasn’t as forgiving of Drizzy’s lyrical transgressions. “Stop using my shooting for clout bitch ass N-ggas! Since when tf is it cool to joke abt women getting shot !” she wrote on Twitter. “You n-ggas especially RAP N-GGAS ARE LAME! Ready to boycott bout shoes and clothes but dog pile on a black woman when she say one of y’all homeboys abused her.