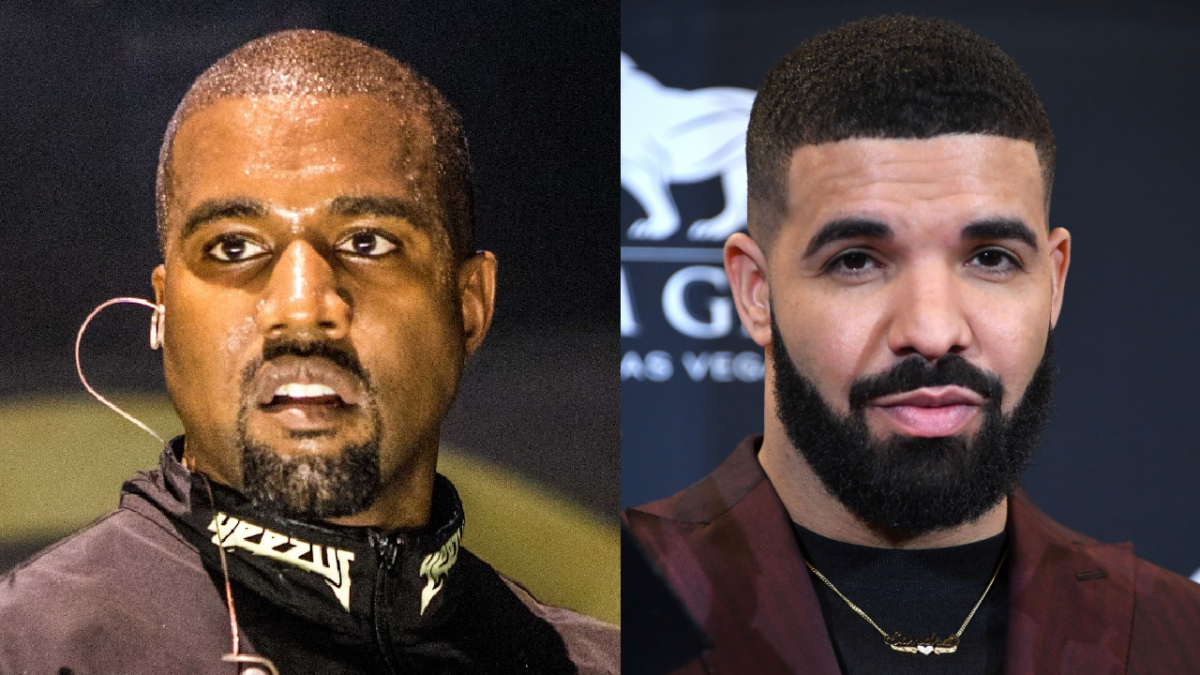 Kanye West has issued a response to Drake after he suggested their reconciliation was nothing more than a favor to music executive J. Prince.

Drizzy cast doubt on the sincerity of his and Kanye’s November 2021 truce on “Circo Loco,” a track from his new Her Loss album with 21 Savage that arrived on Friday (November 4).

“Linking with the opps, bitch, I did that shit for J. Prince / Bitch, I did it for the mob ties,” he rapped on the Daft Punk-sampling song, threatening to reignited their feud.

Hours after the album’s release, Kanye West hopped on Twitter to address Drake’s lyrics. The embattled rap mogul appeared to initially take issue with his former rival’s words, before calling for peace, positivity and prosperity among his rap peers.

“Enough already I done gave this man his flowers multiple times[.] Let’s really see who are real ops are in this music game,” he tweeted. “Imagine all the rappers on the same side and everyone cleaning up each others contracts It’s kingdom time[.] Love Drake #lovespeech.”

Enough already I done gave this man his flowers multiple times Let’s really see who are real ops are in this music game Imagine all the rappers on the same side and everyone cleaning up each others contracts It’s kingdom time Love Drake #lovespeech pic.twitter.com/egWA2VyV9Y

The pair eventually buried the hatchet (or so fans were led to believe) after Rap-A-Lot Records founder J. Price organized a peace meeting between them at Drake’s mansion in Toronto last November. A photo from the meeting showed Drake stood in between Ye and Prince.

The “Glow” collaborators then came together for the Free Larry Hoover Benefit Concert at the Los Angeles Memorial Coliseum the following month, where they performed on stage together for the first time since 2016.

During an interview with Billboard at the time, J. Prince — a figure feared by many in the rap game — denied pressuring Kanye into reconciling with Drake.

“To me, that moment was what I called an ‘anointing moment’ — because none of it was planned. It wasn’t planned where we had that meeting in that particular church, but me being a man of God, I couldn’t deny the invitation to actually meet him.”

The feud fizzled out after that, with Kanye praising Drake in subsequent interviews and social media posts.

Kanye West wasn’t the only target in Drake’s sights on the Her Loss song. The OVO hitmaker also seemingly sniped Megan Thee Stallion in his opening verse, suggesting she lied about Tory Lanez shooting her.

Megan didn’t take too kindly to the perceived diss and fired back at Drake on Twitter shortly after the album’s midnight release.

“Stop using my shooting for clout bitch ass N-ggas! Since when tf is it cool to joke abt women getting shot !” she wrote. “You n-ggas especially RAP N-GGAS ARE LAME! Ready to boycott bout shoes and clothes but dog pile on a black woman when she say one of y’all homeboys abused her.