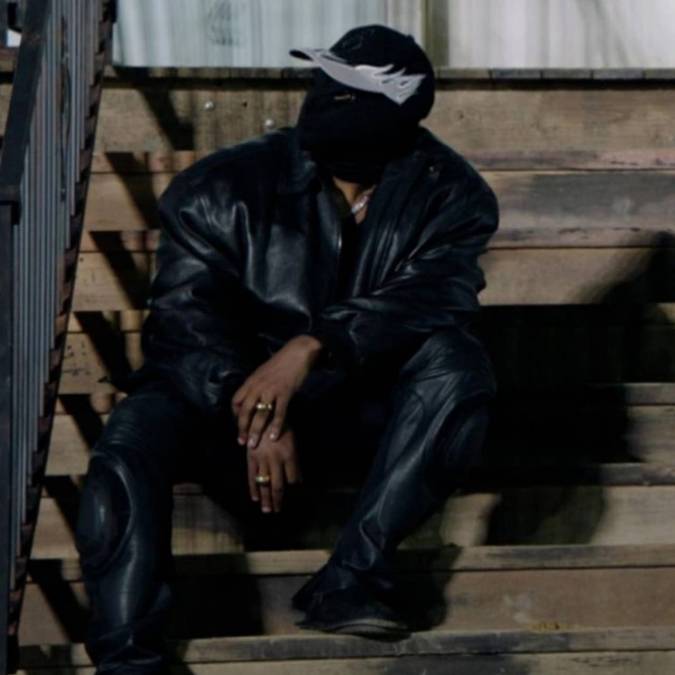 For a renewed Christian, Kanye West doesn’t appear to think much about sin or repentance.

His long-awaited and year-late Donda album finally hit streaming services on Sunday (August 29) and presents Kanye resurrected from the ashes of cancel culture and judgmental constraints. The album and multiple arena listening parties proceeding it were an exercise in theatrics, the performance of a rebirth, ultimately sabotaged by his desire to make headlines rather than hits.

It appears Kanye envisions himself on some grand trajectory, a biblical battle against accountability, doubters and naysayers. He trusts in a holy plan but does little to ensure his own actions match his preaching. He uses religion as a shield to criticism and critical insight. Instead of owning his mistakes, he champions them as byproducts of his genius.

Even though Donda is less caked in overt faith than its Gospel predecessor Jesus Is King, those themes are still undetachable from the work, or at least they are in theory. In reality, little on the album relates to a genuine exploration of faith besides its aesthetic presentation. Nor does it encapsulate the trauma of losing his mother, which clearly still weighs immensely over him. The guests on Donda may prop-up the project, yet the majority of their verses do little to embolden the album’s intended purpose.

Kanye’s religious plight paints him less as a man of God and more of a God amongst men. He’s unwilling to accept Christianity’s core tenet of original sin. On “Jesus Lord” Kanye raps, “Man, it’s hard to be an angel when you’re surrounded by demons.” His unwillingness to even consider interrogating his own behavior leaves much of Donda feeling like sermons from a false prophet.

The disconnect between the Chicago G.O.A.T’s desired outcome and how it exists in reality leaves Donda floating in a place of limbo, an amorphic shape with nothing much to really say. The highest moments (“Off The Grid,” “Hurricane,” “Moon,” “Junya Pt. 2”) are dulled due to the album’s hefty but mostly tepid 27-song tracklist.

The lack of sequencing allows for a “make your own album” experience, pushed further by the release of his Donda Stem player. But while interesting in theory, these explorations come across as nothing more than apathy. Kanye may have beef with Drake, but Donda reads like Drake’s More Life for Christians.

Kanye creates the mirage of intimacy and vulnerability through the album’s largely excellent features. From Lil Durk’s mourning of his late brother DThang on “Jonah” to Fivio Foreign’s verse-of-the-year contender on “Off The Grid,” where he raps about perspectives he gained while in jail, the featured artists dig deep into their pain, with some reaching heights unseen before. Kanye, acting as a priest in a confession box, succeeds in pulling heavy, often traumatic subject matter from his peers, giving the album the appearance of substance without taking any risks himself.

Sometimes the guests aren’t good. JAY-Z delivers one of the worst verses of his career on “Jail,” sounding like Kanye awoke him from a nap and asked him for some quick bars in 30 minutes or less: “God in my cell, that’s my celly/Made in the image of God, that’s a selfie,” as if 9-year-old Blue Ivy ghostwrote his verse (and we have no viable proof she didn’t).

The production is the most honest component of Donda. While Kanye’s lyrics superficially explore heavy themes of grief and growth, his beats still offer glimpses of vulnerability. The growling 808 drums of “God Breathed” sounds like thunder on top of Mount Zion. The layered organs on “Hurricane” could soundtrack the ascent to the heavens. “No Child Left Behind” features some of Kanye’s most haunting and mournful production, highlighting the cavernous hole in his life once filled by his mother.

The album features excellent improvements to Kanye’s singing abilities, like on the gorgeous “24,” but it seems the trade off is some of the weakest bars of his career. His verses sound unfinished and haphazard, littered with lazy pop culture references and corny quips. “Please don’t ask again, who’s up in the van?/They my only fans,” he raps in an awkward falsetto on “Remote Control.” On “New Again,” he spits Dr. Seuss quality lines: “I, I lived a hundred lives, uh/So that mean I had a hundred wives/And I am just simply high off life for the hundredth time.”

There are times where Kanye recaptures the magic of his golden years. He holds his own on “Ok Ok,” rapping about being abandoned in the midst of numerous controversies and personal life implosions. “Believe What I Say” radiates vintage Ye, flipping a sample of Lauryn Hill’s “Doo Wop (That Thing)” to juxtapose his bars about staying sane in the celebrity lifestyle.

But there just isn’t enough good here to look past the flaws. The final result is a collection of songs with little binding energy other than a vague Gospel through line, which runs across the tracklist — chaotic like The Life Of Pablo but devoid of the magic.

Kanye is as much a soul musician as he is a rapper. He’s explored those bluesy sensibilities in different ways over the course of his career — from the digital crooning of 808s & Heartbreak to the post-modern masterpiece that is TLOP. But Donda is one of Kanye’s most soulless albums and finds him succumbing to his own insecurities, relying too heavily on his A&R skills and losing track of his ultimate vision: paying tribute to his mother, forgiving himself for his transgressions and finally accepting his grief.

But like so many things Kanye nowadays, maybe it was all a smoke screen for performance art and to sell merch.

Being completely honest and also generous,

Most of the songs are boring and sooo mediocre.

Its disrespectful to say that this is Kanye’s best album or even AOTY.

I’m old enough to remember when Kanye used his platform to call out the lack of support for survivors of Hurricane Katrina, but as Hurricane Ida strikes, he’s complaining about not being able to include a homophobe on his album (after hanging out with a serial rapist). Sad. https://t.co/Rom6lg2U1D

one thing kanye won’t ever get wrong on an album is production. he might be the goat producer.

Donda became a classic in less than 24 hours ? pic.twitter.com/ORuoRAmdDA

Me during the pianos on Come To Life #Donda pic.twitter.com/YTJLhPNoRe

Yes I am listening to Donda on repeat, how could you tell pic.twitter.com/hzfMenYCLB