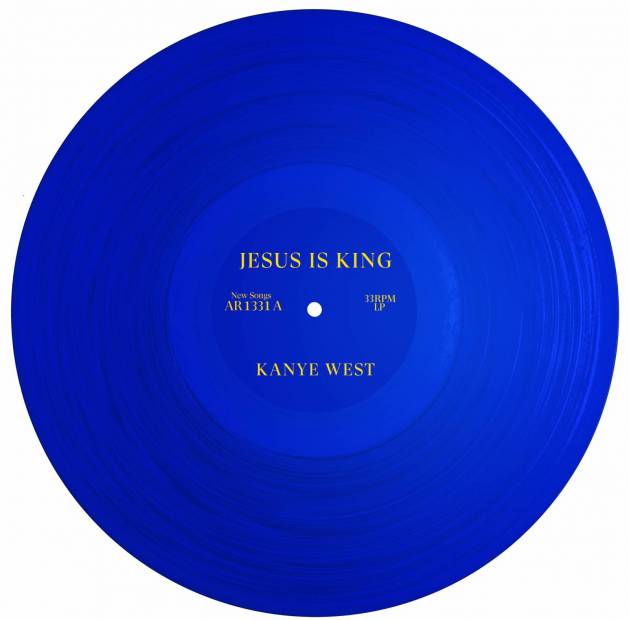 Kanye West has been down with religion on wax ever since he asked for God to show him the way on “Jesus Walks” back in ‘04. He’s peppered his lyrics with Christianity since then but is now going full bore with his faith on Jesus Is King.

While the album is admirable for its conviction and consistency, Mr. West’s musical sermon is lacking in high-impact spirituality à la The College Dropout.

Jesus Is King is a refreshing change of pace for Yeezy in that it’s focused. While the Kanye of recent years has packed his albums with varying, sometimes disconnected ideas, Ye recorded this project with a single-minded purpose that makes for a digestible, cohesive listen. Whether he’s praying for blessings on “Water,” describing the Most High on “God Is” or promoting family values on “Closed On Sunday,” K. West’s musings are tied together by his passion for and love for God. The result is a record that’s low on surprises but admirably steady.

Some may understandably be surprised at Kanye West dropping a gospel album. This is a man who, six years ago, released an album called Yeezus on which he declared himself a “god.” Yet, the lyrics of Jesus Is King are dripping with sincerity.

“Won’t be in bondage to any man, John 8:33/We the descendants of Abraham, Ye should be made free/John 8:36, To whom the Son set free is free indeed/He saved a wretch like me,” he forcefully raps over gargantuan drums on “Selah.”

Ye’s honesty cannot be denied, though his lyricism is a little on the nose. He seems so focused on the message that he’s forgetting to be a clever MC. “Made a left when I should’ve made a right,” he raps plainly on “Hands On.” An exception to this simple type of rapping is “Follow God,” which features his tight flow over an impressive, elongated rhyme scheme.

The music is appealing throughout, though it doesn’t provide the feel of an epic church service. “Follow God” contains a soulful Whole Truth sample, while “Everything We Need” features a catchy, soulful refrain courtesy of Ant Clemons and Ty Dolla $ign. The opening “Every Hour” is an upbeat tribute to God, both musically and vocally.

And yet, there are only a few moments where Kanye reaches deep into his gut to create a musically and spiritually enthralling experience. He sings his heart out on “God Is” backed by elegant piano keys. The highlight of the album, though, is “Use This Gospel,” which features a show-stealing Kenny G solo, entrancing cries and a Clipse reunion heavy on duality. The cut is at once enjoyable and frustrating because it hints at what the entire album could have been like had Ye dedicated more time to this creative space.

There are more moments of high spiritual intensity on The College Dropout — a very secular album — than on Jesus Is King. This album should have and could have been as epic as it seems Kanye’s dive into his faith has been. All in all, the project is a decent affair that falls short of its potential.