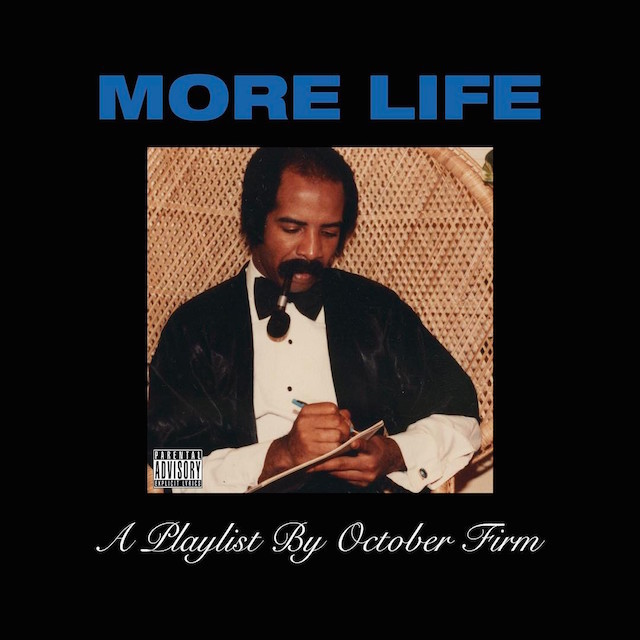 When you’re Drake, you’re held to a certain standard when dropping a project. It’s a standard that rightfully comes with being one of music’s most influential culture shapers for the past eight years. That’s why when his supposed magnum opus, Views, didn’t live up to the self-inflicted and ultimately unfeasible hype, he faced criticism (for his craft) like never before. The numbers would say otherwise but even die-hard OVO stans would agree that the 6 God played it too safe on his last offering. It was his first notable misstep but truly a standard case of promotion and marketing outpacing the actual music.

So in a tactical move to save his celebrated track record, he quickly announced new music in the form of More Life; a declared “playlist” that strategically allows him to fire off unfiltered creativity without having to deal with the burdening pressures that come with labelling it an “album.”

In many ways, More Life is the two years removed sequel to If You’re Reading This It’s Too Late which remains one of Drake’s most cherished bodies of work amongst fans. Just like IYRTITL, it’s a collection of songs that don’t have any real storied connection to each other – unlike Views which sonically told the story of Toronto’s changing seasons. But even then, Drake has evolved since IYRTITL and More Life magnifies that evolution. He has seen the success of his Caribbean-infused dance records, he has seen the rise in grime’s global popularity and he has definitely seen the genre totally shift towards an all-trap formula that feeds the streets. All these isolated categories come wrapped into one 22-song playlist exclusively curated by OVO’s most pioneering minds: executive producer Oliver El-Khatib and of course Drake, otherwise known as October Firm.

A lot has transpired since we heard from Drake last and he promptly addresses a few hot button issues on the abrasive, shit-talking intro “Free Smoke”. He deads the JLo dating saga (“I drunk text J-Lo/Old number, so it bounce back”), disregards Jay Z’s past advice (“I didn’t listen to Hov on that old song/When he told me pay it no mind/I get more satisfaction outta goin’ at your head”) and then swiftly takes yet another jab at Meek (“How you let the kid fighting ghostwriting rumors turn you to a ghost?”). After a few quick words from OVO henchman Baka, the OVO team connects the dots accordingly.

There is no denying Drake’s strength on the tropical riddim tip — it’s perhaps his strongest musical suit at this very moment. “Passionfruit” kicks off a slew of five songs that perfect the cultural behemoth known as “One Dance.” Lots of high keys, claves, bongos and steelpan drums carry Drake’s softly laid Toronto patois lyrics to even catchier heights. But despite how infectious Drake’ warped dancehall style sounds are, there will always be “culture vulture” criticisms because of how raw his desired adaptations are. Once again, Drizzy strategically takes a step back and lets the “playlist” silence some of the hate. The dancehall fresh “Get It Together” fades Drake to black while afro-beat DJ Black Coffee and UK songstress Jorja take the reins and both “4422” and “Skepta Interlude” don’t feature a single word from the main star. It’s a small — yet effective — way to show genuine appreciation and admiration instead of treading in musical appropriation waters he’s constantly accused of trespassing in. He even brings countless influencers (Giggs, Kanye West, Sampha, etc.) along for the ride.

On More Life, you can literally pick out your favorite type of Drake and have a handful of those songs within ear’s reach, which not a lot of contemporary rappers have the ability to do. Drake has mastered almost all moods and gives listeners a wide variety of options to choose from. Stunna Drake pops up on grime inspired tracks “Gyalchester”, ‘No Long Talk” and especially “KMT”; which rears such a menacing tone that it might find its way onto the next Saw soundtrack. Trapper Drake puts in work alongside Quavo, Travis Scott, 2 Chainz and Young Thug on Portland” and “Sacrifices”. Sad Drizzy comes around on “Teenage Fever” with its clever JLo sample (at least he got something everlasting out of the fling, eh?) and “Since Way Back”, another winning PARTYNEXTDOOR duet. Then there’s Poetic Drake shines on the open diary “Lose You” and “Do Not Disturb”. And Champagne Papi the Hitmaker is obviously front and center on the Gold-certified and subtle banger, “Fake Love”.

Other than the Yeezy collab “Glow” being a bit lackluster, primarily for being slow and sonically off-putting, More Life has very few stumbles and a plethora of exciting moments that will ensure this project’s shelf life. He raps on “Do Not Disturb”: “I was an angry yute when I was writin’ Views/Saw a side of myself that I just never knew/I’ll probably self-destruct if I ever lose, but I never do” – a line that more or less sums up where Drake’s head has been for the last year. His pen has been in question, his collaborative intentions — the center of scrutiny and what does he do? He puts out a compilation of sounds so internationally digested that denying his place on top of rap’s food chain easily identifies you has a famished hater.