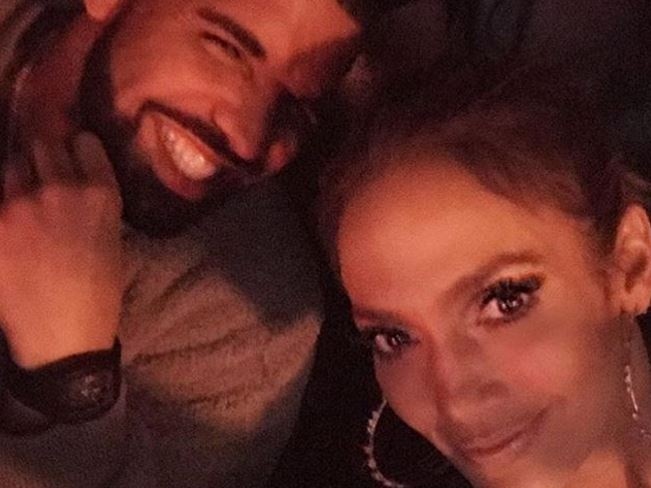 While speaking with Page Six, an insider recently sounded off on the romance between Drake and Jennifer Lopez, and they’re calling BS.

The source was quick to label the relationship between the pop stars “fake,” and added that it’s all a marketing ploy to promote their new music together.

“This relationship is fake, it is just a publicity stunt to publicize their record together. If Jennifer and Drake were really dating, they’d be way more private about it,” the insider said.

While addressing the relationship, the source specifically recalled Drake proclaiming his love for Rihanna just a few months ago at the MTV Video Music Awards.

“Doesn’t Drake realize that it looks weird to declare his love for RiRi at the MTV awards, then start flaunting his chemistry with J.Lo a few months later?” the source asked.

It does seem that Drizzy has moved on from Rihanna though, and may have even thrown some shade at her over New Year’s.

According to a Las Vegas reporter, during the rapper’s set at Hakkasan nightclub in Vegas he began playing Rihanna’s “Work,” but soon declared that the song was “an old vibe.” He then had the DJ cut the record short.

“Last night at #Hakkasan #Drake played the song “Work” by Rhianna and said “that was an old vibe” then had the DJ change the track. #LasVegas,” the reported tweeted, yesterday (January 1).

Last night at #Hakkasan #Drake played the song "Work" by Rhianna and said "that was an old vibe" then had the DJ change the track. #LasVegas

She later clarified the now-deleted tweet wasn’t as serious as people were making it out to be.

Last month, Drake and J-Lo set the internet on fire when they posed together in a selfie taken after Jennifer’s Las Vegas show. They continued to fan the social media flames, posting an intimate photo of them cozied up to one another a couple of weeks after the initial photo was shared.

In December, a source close to both Drake and J-Lo told People.com, “They seem to really like and respect each other, but it’s early. Where it goes, we shall see. Friends of them both are hoping it becomes something, but it’s too early to say more than that.”

The apparent relationship between the two has only heightened since then, with the pair exchanging a kiss at Jennifer’s Winter Wonderland prom last week (which may have been a video shoot for their upcoming song) and reportedly spending time together at Drake’s New Year’s show.