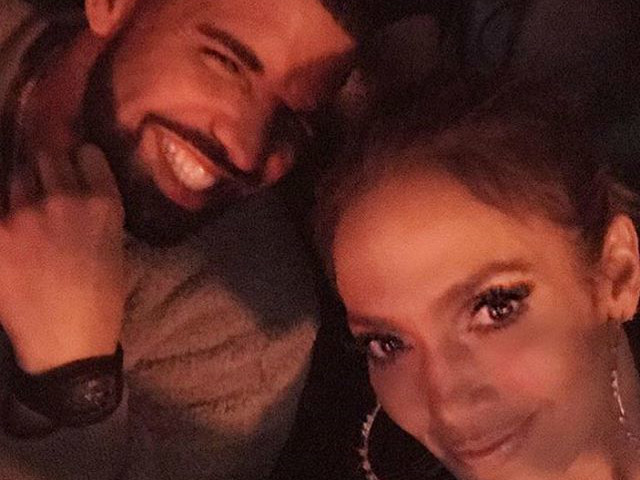 The rumor mill has been churning lately regarding Drake and Jennifer Lopez, but a source close to the pair says it’s all hogwash. Nicki Minaj, reportedly undergoing romantic woes with Meek Mill, was recently linked to Fetty Wap, but that chatter was also shot down.

According to a source that spoke with People Magazine recently, Drake, 30, and Lopez, 47, are currently working on new tunes and have spent a considerable amount of time together. The gossip that the two are dating was largely speculative from the onset, and neither of the stars has addressed the matter publicly.

“They seem to really like and respect each other, but it’s early,” said the source to People. “Where it goes, we shall see. Friends of them both are hoping it becomes something, but it’s too early to say more than that.”

Nicki, who has replaced Jenny From the Block for the New Year’s celebration, is most likely not dating Fetty Wap as the two only met once at a show, according to XXL. The pair recently connected on the Jersey artist’s “Like A Star” single.

Minaj and Mill’s situation is a bit trickier to observe, as both artists have been vague in their perceived shots at one another although Mill ramped up things with the posting of a now-deleted and racy Instagram photo of a mystery woman. There was also speculation he had a year-long affair with a local boutique owner.

A source tells TheJasmineBrand, however, that Omeeka is definitely still a thing and they “have issues just like every other couple.”

“She’s not focused on the rumors especially when it’s no truth to them,” the source says of Nicki’s reaction to the swirling speculation. “She’s been laying low. Nicki’s actually in the studio recording.”

And the boutique owner? Just a Dreamchasers groupie, according to the source.