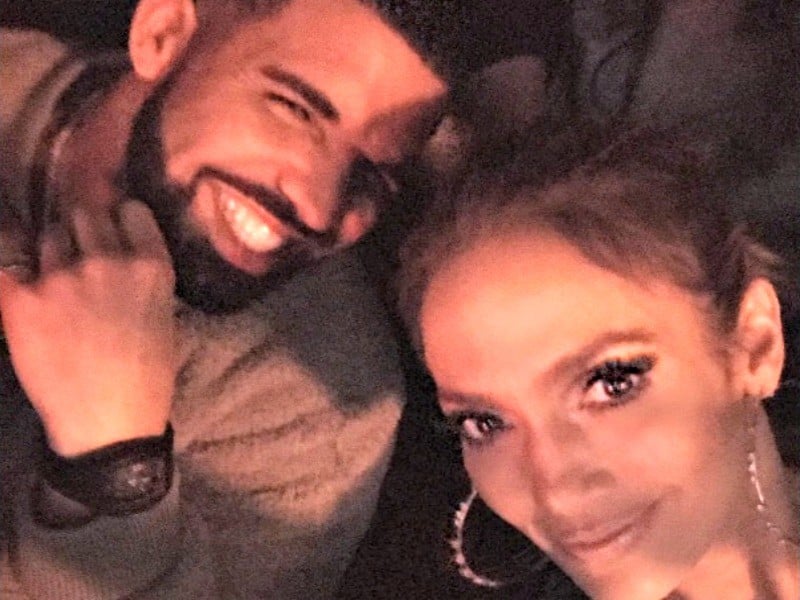 Las Vegas, NV – Drake and Jennifer Lopez were all smiles in a face-to-face selfie after the Canadian superstar took in the veteran singer and actress during her Las Vegas performance on Saturday (December 10). J-Lo also posted the same photo to her Instagram page, and she entrusted Drake to the all-important detail of safeguarding her diamond-encrusted baseball cap.

Lopez has been rocking the stage in Vegas since the top of the year during her All I Have residency, and Drizzy was there to support his friend. While there isn’t much in the way of details available online about last night’s showing, the series has been critcally accalimed and has been selling well after becoming the highest grossing event at the Planet Hollywood venue.

But it was the photos that might have people whispering. Drake’s photo was captioned with a heart-eyed emoji followed by “Lotta those” while Lopez captioned hers with “Look who rolled up to my show tonight to say hi!! ” with the hashtag “LoveHim” to boot. This meeting of an iconic singer and actress appears to have gone a lot better than his encounter with Madonna in 2015.

And if there’s any remaining doubt about Lopez’s roots, the hat that Drake held for her was a New York Yankees fitted, of course.

Check out the images below.

Sure I'll hold your diamond encrusted fitted while you catch this Vegas body #Jenny ?

Look who rolled up to my show tonight to say hi!! @champagnepapi #lovehim #jlovegas #ALLIHAVE