Madonna Speaks Out On Kissing Drake At Coachella 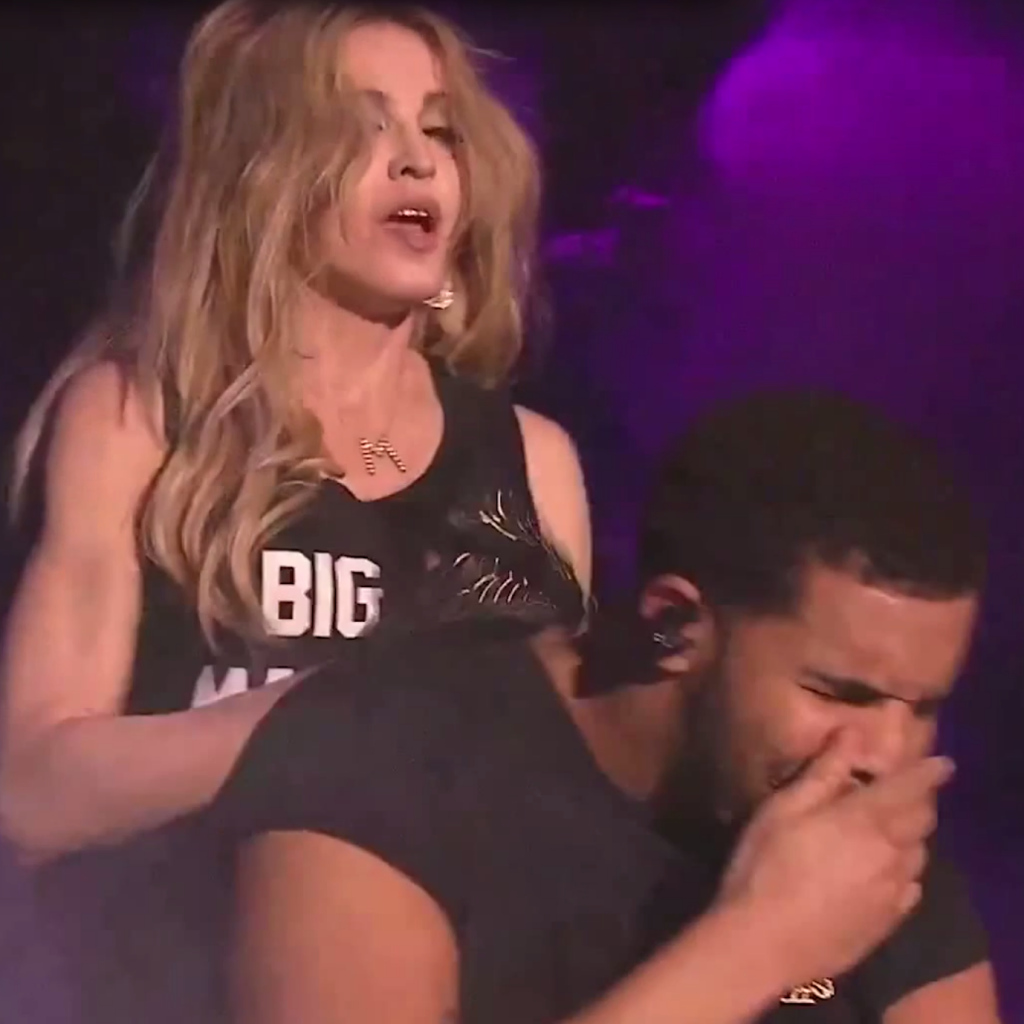 With Drake and Madonna’s surprise kiss at Coachella a few weeks back still making the rounds on the Internet, the veteran Pop singer recently fielded some questions from fans during a Romeo AskAnythingChat session about the already-infamous incident.

When asked how Drake performed as a kisser Madonna answered awkwardly, saying, “You asked the million dollar question,” before adding, “I kissed a girl and I liked it.”

Later in the Q&A, which took place last night, another fan asked the singer what advice she’d give her younger self. “Don’t kiss Drake,” Madonna responded, “No matter how many times he begs you to.”

Drake doesn’t seem to have responded to Madonna’s comments yet, but shortly after the kiss itself he clarified the apparently disgusted reaction he had on the night itself. “Don’t misinterpret my shock!!” he wrote on Instagram. “I got to make out with the queen Madonna and I feel [100] about that forever.”

#PressPlay: Oop #Madonna play too much !! She throwing shade and it ain't even #PettyWapWednesdays #Drake ????