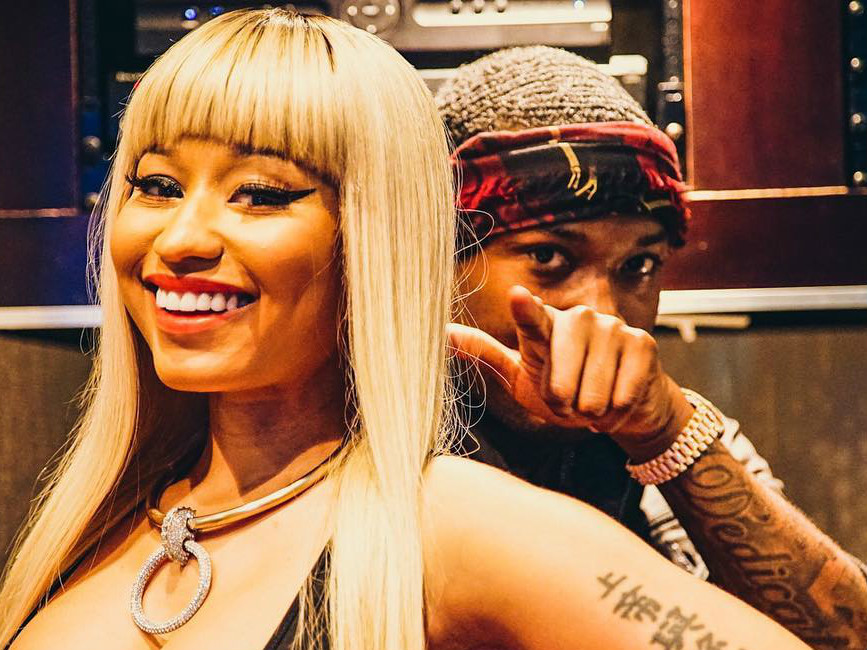 Miami, FL – Amidst rumors of their breakup, Nicki Minaj and Meek Mill will be spending New Year’s Eve in Miami — separately. Both rappers have been enlisted to perform at different venues as 2016 comes to a close.

Minaj has been chosen to replace Jennifer Lopez at E11even with Irie. TMZ reports that after J-Lo bailed on her million-dollar appearance, the Queens rapper stepped in for a significantly lower price tag. But she will wear a pink Barbie hat and have plenty of her Myx Moscato to drink. Oh, and her Pinkprint tour documentary premieres that night.

Spend New Year’s Eve with me and @irie at @11miami on Saturday, Dec 31st! Get your tickets atbit.ly/11nye-nicki #11Miami @e11evenbrand @ArtistRelated #NYE2017

Meanwhile (ex?) boyfriend Meek Mill will be performing across Biscayne Bay at Dream Nightclub. TMZ had those details as well, saying the Philly rapper’s payout is $200,000. He will be turning up with 10 bottles of Ace of Spades and 5 bottles of Moet Nectar Rosé along with some Hennessy and tequila. That party, sponsored by Varsity Lifestyle Group, is scheduled to run until 5 a.m.

The breakup was first hinted at when Nicki posted a picture of Chanel slides with a suggestive caption, then they traded subliminals back and forth before reports surfaced that Meek had a year-long affair with a boutique owner from his hometown.

The couple didn’t get to ring in 2016 together either as last year around this time, the MMG rapper was ordered to perform community service for violating probation. This forced him to miss out on a scheduled New Year’s Eve performance with Minaj at Drai’s Nightclub in Las Vegas.