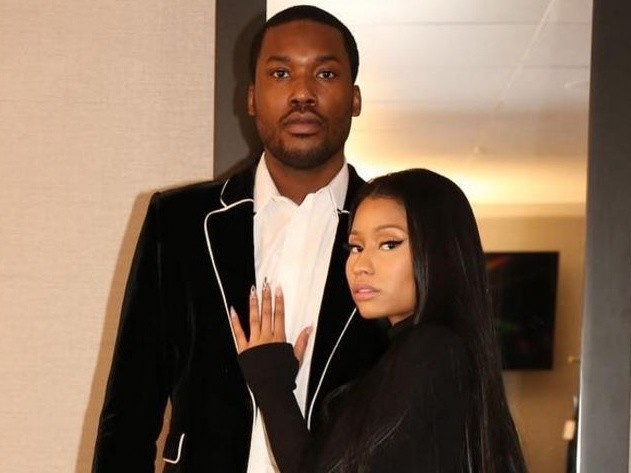 All it took was an Instagram photo of Chanel slides paired with a cryptic caption for rumors of a breakup between Nicki Minaj and Meek Mill to run rampant yet again.

In Nicki’s photo of the pair of pricey slides, which were gifted from a celebrity stylist, she left the following caption/ode to Beyonce’s “Best Thing I Never Had”:

“Thank God u blew it. Thank God I dodged the bullet. I’m so over u. Baby good lookin out. #BestThingUNeverHad thank u for this epic gift @sincerearmani”

Thank God u blew it. Thank God I dodged the bullet. I'm so over u. Baby good lookin out. #BestThingUNeverHad thank u for this epic gift @sincerearmani

This weekend’s rumors of a breakup between the couple received added fuel following the sudden deletion of Meek Mill’s Instagram account.

Meek’s most recent, social media disappearance doesn’t serve as the first time the Philly rhymer has gone Houdini on the ‘Gram. He pulled a similar move in October, days before he dropped his Dreamchasers 4 mixtape, and later resurfaced on Instagram.

Despite the rumors, photos of both Meek and Nicki are still very much present on the Queens rapstress’ Instagram page. Just one week ago, the two locked lips in a photo that went on to receive over one million likes.

Ion wanna hype ya, but u a lucky n*gga if my mean ass like ya. – u know I wrote #Favorite about u right? – his coat by #Gucci – shades #ChristianDior dress #Versace shoes #GianvitoRossi

And her most recent post, made today (December 12), asks for sex on the beach in Turks and Caicos. The couple was taking a vacay there for Minaj’s birthday, so maybe they’re still together and she wants one more present?

Sex me on the beach in Turks & Caicos

The lovers were rumored to have split earlier this year when she referred to Meek Mill as “a boy that likes me” on “The Ellen Show.” She quickly cleared that situation up and the couple even rented a Beverly Hills mansion together after getting through the storm of the MMG rapper’s house arrest.