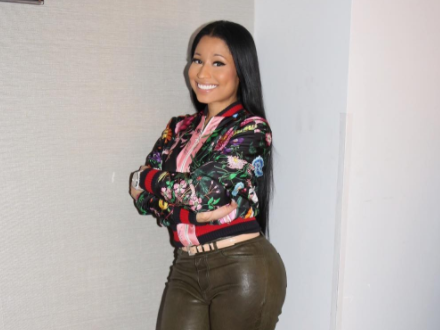 Nicki Minaj took to Instagram last night (November 22) to show off some of her cooking and flaunt a dish she may be whipping up for Thanksgiving: king fish and plantains.

In the post’s caption field, Minaj wrote: “first plate is for the #Barbz,” causing a frenzy among her some 69 million IG followers that they may be, just may be invited to celebrate the holidays with the Trinidadian-born rapper.

Island girl. I cooked. Sweat me.? Do u Americans eat King Fish? Plantains? So good ? y'all gon do the most with the zoom ? first plate is for the #Barbz ???

However, Minaj later uploaded a photo of her boyfriend, Meek Mill, tucking into the dinner, causing disappointment among her fans. She quickly deleted the photo and rushed to Twitter, writing: “Dinner cancelled”

That left hand there making sure NOTHING fall off that fork ???? pic.twitter.com/EE3MqIrsCe

A few of the best fan reactions can be viewed below:

Nicki: "First plate to the barbz."

Nicki: Barbz, come get ya plate! ☺️
Barbz: Be right over! ?
Nicki: pic.twitter.com/CBaOeREaYn

We So head ass .. Knowing nicki is petty and wasnt really gonna give us A PLATE . ? pic.twitter.com/1QTkfG9ORI