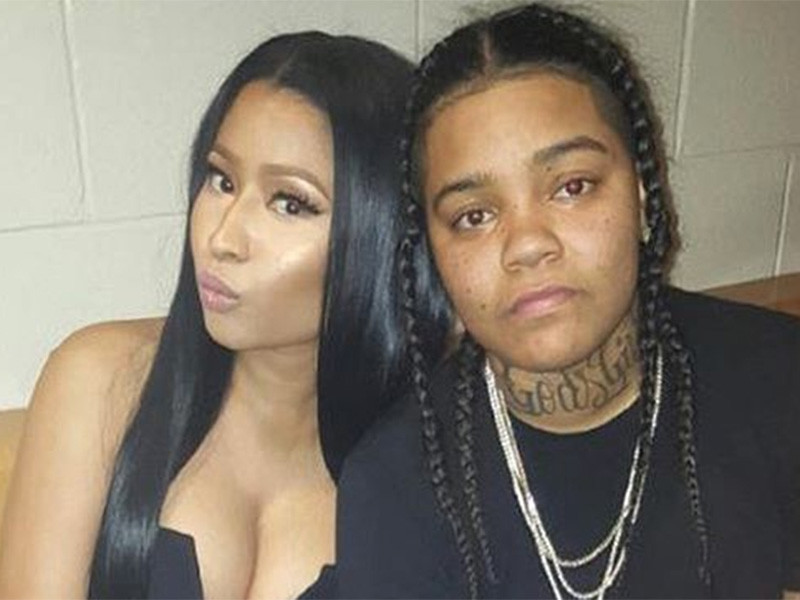 Nicki Minaj has claimed that her recent words of praise for fellow female rapper Young M.A have been taken out of context.

In a recent interview on The Breakfast Club radio show, Nicki Minaj was asked about the current crop of female rappers and mentioned that she had “a thing for” Young M.A, who happens to be openly gay.

It seems that a lot of fans took Nicki’s comments to mean she had a crush on Young M.A, and even Young M.A herself seemed a little bit confused on how to interpret the words.

#youngma on #nickiminaj saying she has a "thing for her" .

“Yeah I heard Nicki Minaj, her interview on Hot 97,” M.A told Fuse. “I don’t wanna assume it’s that though, because people take things out of proportion or whatever.”

“I mean she did say ‘I have a thing for Young M.A’ but she didn’t purposely say ‘I want Young M.A’, so you know … I just hear that she’s showing love, giving props and showing respect as an OG. But even if she did mean it … Cool, you know what I mean?”

But it seems as though Nicki Minaj did just mean to show Young M.A props, as she’s taken to her own Instagram to remind the world that she only has eyes for one other “human” (as she puts it).

She posted a picture of her high-profile boyfriend Meek Mill and wrote: “I love a good joke, but s/o to the ONLY human I have a THING for. ?”

I love a good joke, but s/o to the ONLY human I have a THING for. ?