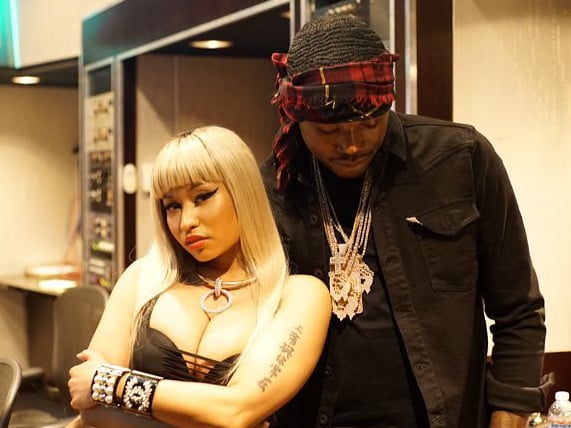 Philadelphia, PA – Meek Mill and Nicki Minaj break up rumors have been swirling with the couple posting subliminal shots at each other on Instagram and they even unfollowed each other on the social media site.

The Philadelphia rapper took things a step further by posting a mystery woman’s backside adorned in a red, lacy ensemble to his Instagram captioning, “Sitting back like…… $avage… just friends.” The post has since been deleted, but the firestorm continues.

A Philly source has revealed to Bossip that Meek has allegedly been cheating on Nicki with a boutique owner named Sonye for over a year. Word is the DC4 rapper reportedly put the cash up for the girl to own the shop in the first place.

The source claims that Omeeka have indeed broken up and are living separately since he purchased his own home.

Bossip also reports that many in the city already knew about Meek and Sonye‘s relationship as the long-term side piece hasn’t been too mum on who paid for her boutique, who happens to be Meek Mill of course, nor has she been too quiet on how much dough the 29-year-old Philly native has spent on her over the course of their year-long relationship. It’s been pretty easy for Sonye to be around Meek since she’s close friends with the girlfriends of the men in the Dreamchasers camp.

Meek Mill teased the identity of Sonye on his Snapchat, asking his followers if they wanted to know who the lady in the lacy jumpsuit was and then hitting back with a snap that simply read: “Confidential.”

Somewhere, Safaree laughs and Drake is about to shoot his shot.