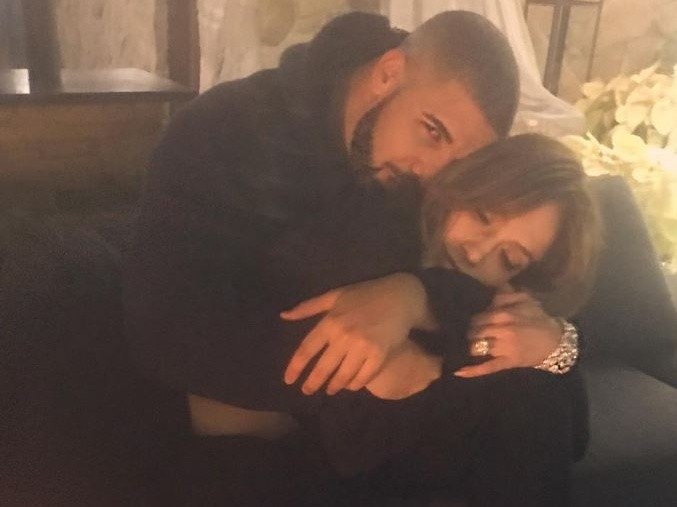 Less than a week after a source clarified that Jennifer Lopez and Drake aren’t dating, the pair has cozied up for yet another intimate photo.

The latest social media share finds J-Lo and Drake closer than ever as they pose on a couch together. In the photo, Jennifer is resting in Drake’s arms while the rapper cradles the Bronx songstress.

Although the photo was posted by both Jennifer and Drake, neither of the two left a caption, leaving fans in agony over whether or not the two are truly booed up.

While the photo may appear candid, there is the possibility that it’s merely an outtake from a video or promo shoot, since the two are reportedly working on new music together.

One person who isn’t waiting for an official answer to “are they or aren’t they,” is Rihanna.

According to E! News, RiRi has unfollowed Jennifer and Drake on Instagram.

Drake cozying up to J-Lo comes only a handful of months after the Toronto singer/rapper professed his love for Rihanna while presenting her with the Video Vanguard Award at this year’s VMAs.

Rumors of a romance between Jennifer and Drake first surfaced this month when Drake attended the singer’s show in Vegas and reportedly rented out West Hollywood restaurant Delilah for the pop star and her friends.