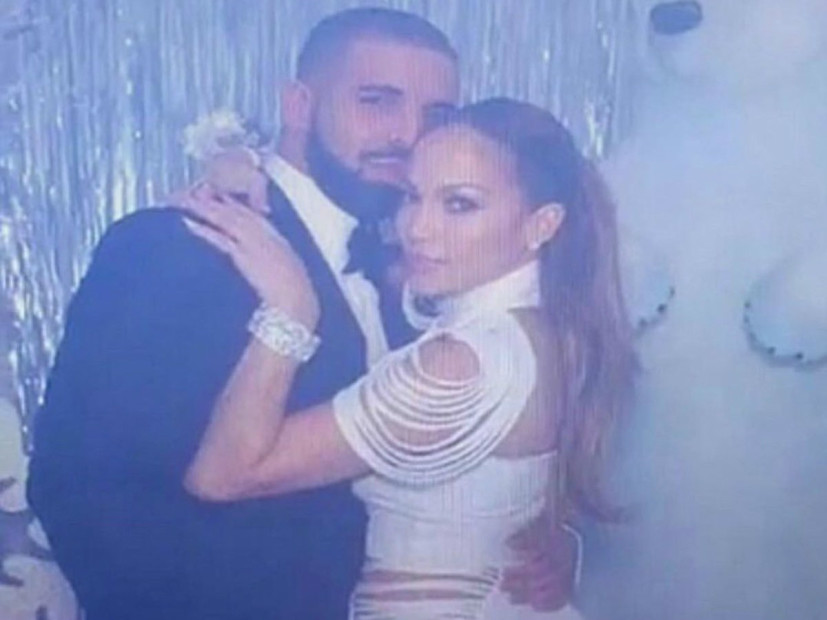 Las Vegas, NV – If you weren’t buying the stories that Drake and Jennifer Lopez are a couple after their intimate Instagram pic, how about now?

The two were captured cozying up at J-Lo’s Winter Wonderland prom yesterday (December 29) in Las Vegas, grinding on each other…

And being named King and Queen of the festivities…

All while previewing new music that they have been working on together.

The romance rumors started swirling after Drizzy attended Jenny from the Block’s Las Vegas show and then rented out a ritzy restaurant in West Hollywood for Lopez and her gal pals.

More fuel was added to the fire after J-Lo canceled her million-dollar New Year’s Eve appearance in Miami (she was replaced by Nicki Minaj for a much cheaper price tag) to supposedly spend the holiday with the Toronto superstar.

Then, the IG flick appeared and the internet went wild.

We still don’t know what Diddy thinks about all this.