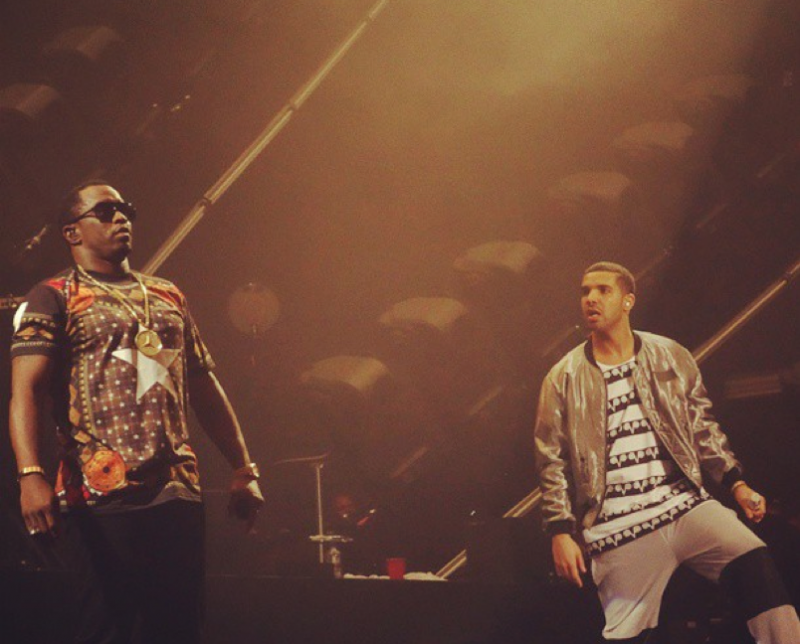 Drake and Puff Daddy reportedly got into an altercation during a birthday party for DJ Khaled outside of Club LIV in Miami today (December 8), according to MTV.

Sam Sneak — Rick Ross‘ DJ — took to Twitter to expose the brawl between the hip hop mogul and Drizzy. According to Sneak, the “0-100” rapper was injured and hospitalized.

He dislocated his Shoulder.

Drake at the Hospital Smh.

It’s unclear at the moment why the fight took place, but Lil Duval joked that the alleged squabble was over Diddy’s longtime girlfriend, Cassie.

Later, he recanted his statement.

I just made that shit up

They already fell for it lol RT @lilduval: I just made that shit up

Page Six reports that the fight broke out over the rights to a song.

Neither sides have addressed the altercation. Last year, Diddy appeared alongside Ma$e at Drake’s OVOFest and Drizzy was featured on Diddy Dirty Money‘s 2010 track, “Loving You No More.”

UPDATE: Puff Daddy allegedly punched Drake over the song “0 To 100.”

Diddy, who had had the beat for months, was upset that Drake used the music to record what would become “0 To 100,” according to Hollywood Life.

Neither party is expected to pursue legal action.

UPDATE #2: TMZ has released footage from June of Puff Daddy addressing the crowd at a Miami nightclub where he details his dispute with Drake over the track “0 To 100.”

“I want to play this next beat,” he says in the brief fan-recorded visual. “I gave this shit to this nigga, this nigga stole this shit from me. But at the end of the day, it’s still hard. Play this shit.”

According to TMZ, sources on both sides say the two have finally decided to be friends again. Last month, they connected via phone, where they agreed to bury the hatchet. The two rappers realized they would likely run into one another at various events this summer and would rather make money than continue to feud. Even J. Prince is standing down. The Rap-A-Lot CEO fled to Drake’s defense after the incident ensued, dissing Diddy in a track of his own.