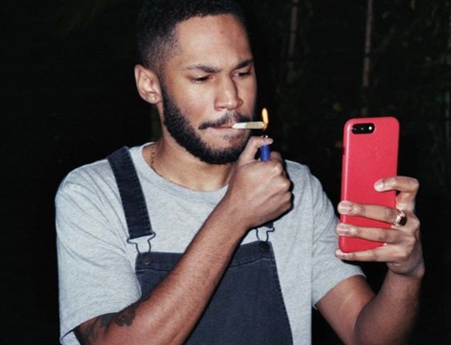 Twitterville – Over the weekend, Drake finally released his long-delayed More Life “playlist” and the general consensus has been that it’s a pretty solid project.

Upon soaking up the 22-song project, Hot 97’s Old Man Ebro decided to jump out in the Twittersphere with his bold opinion that Drizzy was single-handily bringing back house music.

And the crowd went wild.

Most of the negative reactions stemmed from fans of several other Hip Hop artists who have dabbled — and seen various wins — in the power of house music.

@oldmanebro did you miss "Fade" by a certain Kanye West?

Most notable among the detractors was multifaceted Montreal producer Kaytranada, who responded to Ebro’s claims with a proverbial sit-up-in-your-seat tweet: “*clears throat* say what?”

HipHopDX’s 2016 Producer of The Year increased his already thriving fanbase thanks to his breakout album, 99.9%, which drew inspiration from elements of Hip Hop, R&B, electronica and yep, you guessed it, house music. The album featured guest spots from Anderson .Paak, Vic Mensa, Phonte and others, and was ranked #4 on HipHopDX’s Best Albums of 2016.

While the percentage of what Ebro actually believes in that tweet is debatable, he sure did have a fun time retweeting some of his more passionate mentions. Especially the ones who were up on his shenanigans.

This the most Drake stan tweet I have seen today and it's not even serious https://t.co/tdyd2xDeuS

I know what you're doing. And it's working lmao https://t.co/WR6FXuvNNl

@oldmanebro lmaooo the best troll of the week

I see no issue with @oldmanebro 's tweet. I've never heard of an artist brining house music before… he may have a pickle.