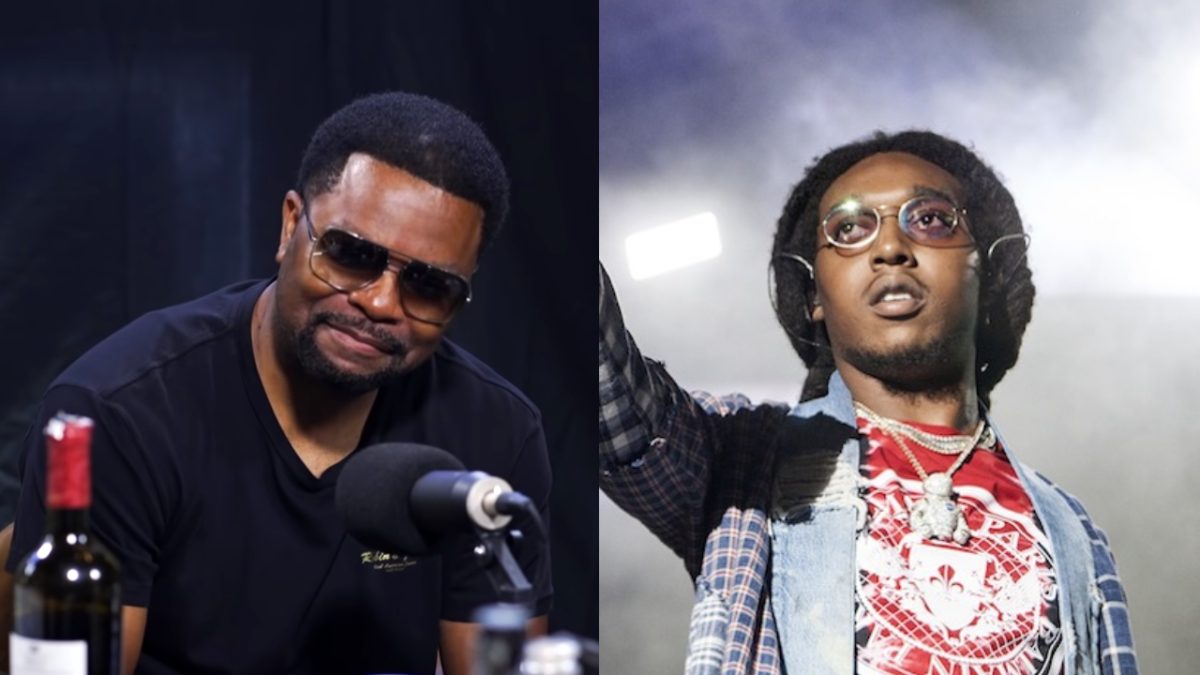 Music executive J. Prince has shared his thoughts on TakeOff’s passing after it was reported that his son, Jas Prince, was with Quavo and the 28-year-old at the time of the shooting.

The music executive shared his thoughts on the shooting in a lengthy Instagram post and proclaimed that the triggerman will be found.

“The Prince family would like to send our condolences to the family and friends of a beautiful soul @yrntakeoff,” Prince began. “To Houstonians and families around the world, this one breaks my heart because Takeoff was a brother, a son, a role model, and a God loving human being.”

He continued: “Grief is the price of love; a bill people from across the globe are paying right now as we mourn this loss. I’ve been knowing Takeoff, Quavo and Offset for many years and there has been nothing but mutual love for one another and that ain’t going to ever change where we are concerned. This shouldn’t have happened. This shouldnt have ever happened in our city. This shouldn’t have been recorded, and this damn sure shouldn’t be circulating across social media for family, friends and fans to see.”

He went on to say that “satan is the author of confusion and right now there are a lot of lies and false narratives being spread by media whores.”

“I consider myself a man that’s quick to listen and slow to speak, therefore to whomever is responsible for putting that bullet in my little nephews head, let it be known that you can’t hide behind me, beside me or anywhere near me because I don’t tolerate dumb shit,” Prince wrote. “I speak these words not knowing whos bullet is responsible for his death. With that being said, the root of this tragedy is foolish and has to be owned by the fool.

“I will sum this up by saying a gun in the hands of any human that close his eyes to shoot and doesn’t have the proper skills of operating that gun is dangerous and the results usually end with innocent people who had nothing to do with the altercation being shot or killed.”

TakeOff (real name Kirsnick Khari Ball) was shot and killed while at a Houston, Texas bowling alley on Tuesday (November 2). Authorities in Houston, Texas were notified of a shooting “shortly after 2:30 a.m.” at a local bowling alley where a dice game had taken place. A conflict reportedly arose at this time, followed by shots fired, though more details weren’t available.

The Harris County Medical Examiner confirmed in TakeOff’s autopsy report on Wednesday (November 2) that the Migos member died of “penetrating gunshot wounds of head and torso into arm.”

The autopsy report comes after Houston Police called on witnesses to “step up” to help them identify the shooter.

Police Chief Troy Finner chimed in: “Actually, one thing — and I want this to resonate with everybody. What if it was your brother? What if it was your son? You’d want somebody to step up. So please, step up. Get the information to us so we can bring some closure to this family who’s hurting right now.”

TakeOff had just tapped Quavo for their first joint album together Only Built for Infinity Links, while Migos wrapped on its critically lauded Culture trilogy with Culture III last June. TakeOff also released his first solo album The Last Rocket four years ago on Wednesday (November 2).