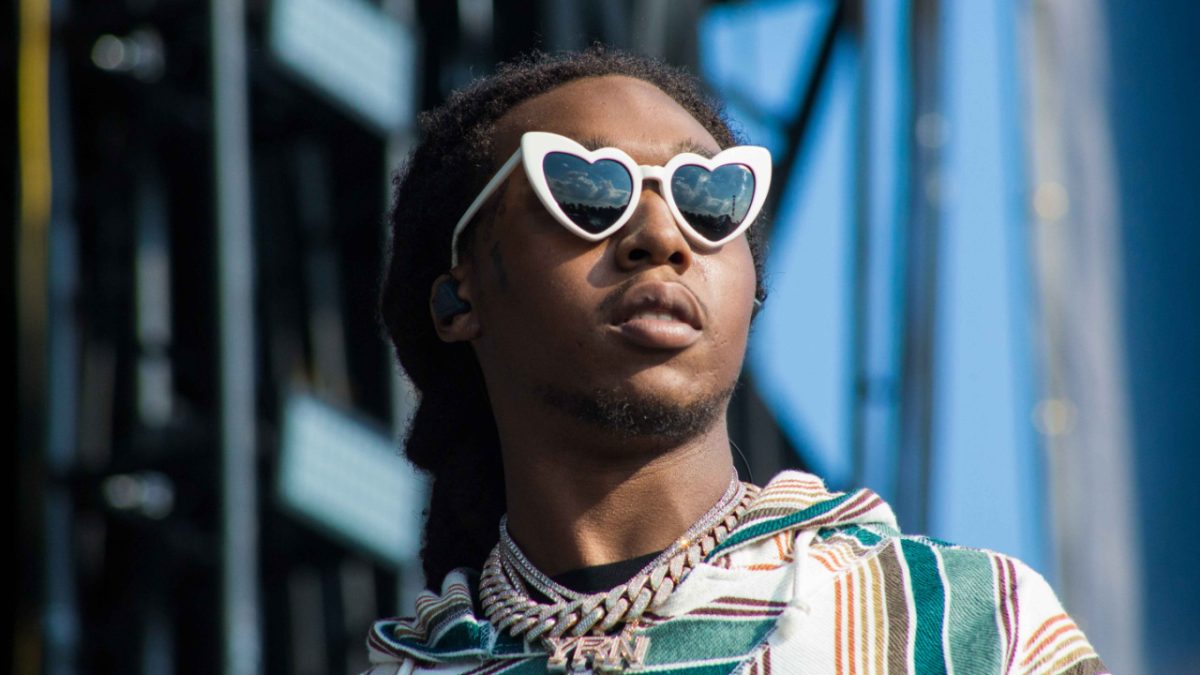 Takeoff Dead At 28 After Houston Shooting

Takeoff has reportedly been killed in a shooting in Houston, Texas.

According to TMZ, the Migos rapper (real name Kirshnik Khari Ball) was gunned down at 810 Billiards and Bowling in downtown Houston in the early hours of Tuesday (November 1). He was 28 years old.

Takeoff and Quavo were partaking in a dice game when an altercation broke out and shots were fired, striking Takeoff “either in the head or near to his head.” Despite initial rumors suggesting he was also shot, Quavo was not injured.

Houston Police announced on Twitter early Tuesday that officers responded to a shooting near 1200 Polk St. One victim was found dead upon arrival, although their identity has yet to be revealed.

Police later revealed that two other victims were transported to nearby hospitals. Officials confirmed that Takeoff and Quavo were both in attendance at the time of the shooting, per Click2Houston.

UPDATE: 2 other victims taken in private vehicles to hospitals.

Media partners: We are not releasing an identity of the deceased victim until his family is notified & ID verified by Harris County Institute of Forensic Sciences.

Any updates on the incident will be posted here. https://t.co/bbaad2z9My

A Twitter user who claimed to have witnessed the shooting tweeted: “Rip takeoff that was sickening to see that happen to you. He minded his business the whole night, I’m sick.”

A photo allegedly taken moments before the shooting shows Takeoff — wearing the same white t-shirt and black pants as in his last Instagram Story — stood outside the bowling alley with a group of people in Halloween costumes.

A video circulating social media captures what appears to be Takeoff’s motionless body laying on the ground after the shooting. A distraught Quavo can be seen standing over his body and yelling for help.

It is completely true and happened right in front of me. This is the last picture I got of takeoff. pic.twitter.com/hknLqApzR5

Takeoff’s tragic death comes just weeks after he and Quavo — his uncle — released their joint album Only Built For Infinity Links, which debuted at No. 7 on the Billboard 200.

The Lawrenceville, Georgia native rose to fame in the early 2010s as one-third of the Migos alongside Quavo and Offset. The influential trio broke through with their 2013 single “Versace” and helped popularize the triplet flow — made famous by ’90s groups like Three 6 Mafia and Bone Thugs-N-Harmony — among a new generation.

Migos went on to release a slew of mixtapes, studio albums and hit singles, topping the Billboard charts with Culture, Culture II and the Lil Uzi Vert-assisted “Bad and Boujee.” Takeoff released his first and only solo album, The Last Rocket, in 2018.

HipHopDX sends its condolences to Takeoff’s family, friends and fans.