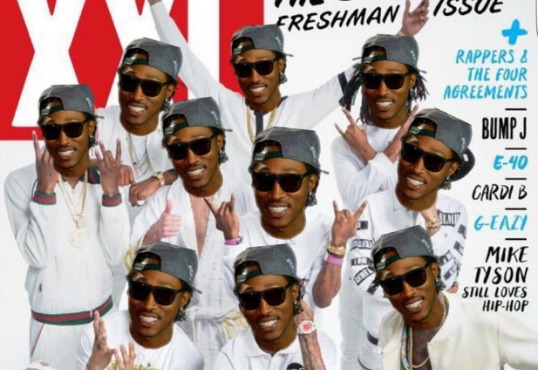 Analyzing The Necessity Of The XXL Freshman

Yesterday, without warning, the once coveted 2016 XXL Freshman 10 List hit the net with equal applauses and criticism. For those who haven’t checked out the list, view the list here.

Top tier MCs ranging from Kendrick Lamar to J. Cole have made the list in years past. Can XXL regain public trust discovering who will be the next to have legendary careers? HipHopDX Managing Editor Trent Clark, Culture Editor Chris Mitchell and Senior Features Writer Ural Garrett give their thoughts on this year’s chosen ten.

What Does This Year’s XXL Freshmen 10 Say About Hip Hop Today?

Chris Mitchell: What I find the most disappointing is there is a lot of uniformity in the sound, at least some of them with that Atlanta sound that’s permeating Hip Hop across the board right now, in terms of Lil Yachty, Desiigner, Lil Uzi Vert, 21 Savage.

Ural Garrett: Even if you look at somebody like Lil Dicky, Dave East, Anderson .Paak, who might be the biggest star out of all of them, it’s no different than last year where they had Raury and GoldLink out of everyone. So I think that’s what XXL does; they just pick six of the hot, good artists now and they save the four for the alternative, more critically loved artists that might not have as big of a name as the six popular artists. I think that’s been their thing for a while now.

Chris: Lil Yachty was voted in by fans, so that’s maybe where the overdose of that sound comes from since fans voted it in.

Trent Clark: Lil Yachty has 224K twitter followers, so I’m pretty sure he doesn’t have the highest; to say he was voted in, is that accurate?

Ural: No, because lots of people do the campaigns, you see a lot of that nowadays. I say around February, you might see rappers left and right campaigning for it, you know, “vote for me for XXL the tenth spot” I’ve seen a lot of artists doing that.

Trent: My whole take on it is, I just think it’s been a cherry picking streak for a long time. It’s the middle of June and this cover is now being released. It used to come out right before SXSW and we were able to see those artists actually flourish. Now it’s coming out dead in the middle of the year when it’s over. It’s a double edge sword for them too, they’re left with who they can get, obviously there are over three hundred artists who would take this cover in a heartbeat, but the real cover would have had a lot of top-notch artists who are missing. We’re living in a day in age where, a Tory Lanez can cockily say, “Yeah I turned that shit down.” [XXL editor-in-chief] Vanessa Satten basically pointed out how Post Malone used Hip Hop to get a buzz and now he doesn’t want to claim it anymore. So then we get left with 21 Savage who’s the most lesser known on this cover.

Trent: But they were the talk of the town. They were in the same position that Desiigner, and Kodak Black, and Anderson .Paak were last year.

Ural: I mean, probably the biggest success story you could say was Fetty Wap. I mean clearly Vince Staples had the better album out of everybody on the list. Dej Loaf, I don’t know what she’s doing. Tink went nowhere. You never know if they might hit next year, or the year after because you’ve seen that a lot of times on XXL’s history.

Trent: Are they really going out on a ledge anymore and proclaiming that one of these artists is going to be the next big thing? Or are they just picking from a cesspool of artists who are already hot?

Ural: I think with that it was a lot easier to find to even say you were next. It was easier to have that proclamation during the earlier covers because of where the industry was at that time, as opposed to now where you have artists getting hot after going viral, a.k.a Desiigner with “Panda.” So I think it’s XXL navigating where the industry is right now at the moment.

Chris: Also, we’ve kind of reached a point where buzz is visible in terms of trending, or in terms of looking at view counts. It used to be sales were the be-all, end-all of what was popular. It meant that you had to be selling to be considered hot. A list like this would be important because it showed who was up-and-coming but who didn’t necessarily have the sales/radio play to be known yet. These guys aren’t necessarily selling a lot; they’re just like critical darlings, or what people are talking about on social media. For example, Desiigner. People can hate on Desiigner all they want, but his buzz is through the roof. It’s enough to have one song get him on this list here. With the exclusion of Anderson .Paak, Kodak Black and maybe Dave East, a lot of these guys are considered “crap rappers” by hip-hop purists. But look at that buzz that they’ve created through their own talent or their own marketing ability. They’re popular regardless of what critics say or Hip Hop traditionalists say.

Ural: And piggybacking off of what Chris said, that’s the reason Billboard started having the trending charts in the first place. Because you just can’t measure the success of an artist purely based on sales. It’s Lil Yachty getting a million tweets because he did a track with Kylie Jenner who is pretty much the most popular…

Trent:…music curator in the world.

Ural: At this point possibly. So having Kylie Jenner and the Kardashians back you, you add whatever cosign that brings. That’s how you get in the top ten of Billboard’s trending charts. So I think the cover is a reflection of where the industry is at the moment as opposed to having someone like Lupe Fiasco. On the first cover you had Lupe, you had Boosie, you had Young Dro who at that time had just popular music. That’s all it was about. Now it’s more than that. It’s the total package now and I think the list reflects that, even if the music is bad or good, that’s subjective. Now it’s more so who’s hot and their cultural presence at the moment.

Chris: I think another example of that is Lil Dicky whose content is- correct me if I’m wrong- but is a gimmick comedy rapper right?

Ural: He can spit though.

Chris: I’m not taking away anything from the music, but I’m saying if he was rapping about something that was less funny or viral-friendly, he wouldn’t be noticed right now. But he’s creating comedy content that goes far because of the nature of the humor.

Ural: Also going back to what I just said, his album last year was totally funded by Kickstarter which is essentially more internet hijinks. So, that goes back to trending and how it’s just not about the music. It’s about who’s trending and how long they can keep that going as opposed to the earlier XXL’s where the artists then were buzzing musically and if they could sustain musically over time. Now it’s are they buzzing and do they have a possibility of sustaining that. Now that’s a whole other conversation in itself, but I can see Anderson .Paak, Dave East, but do we see Desiigner pulling off another Panda?

Trent: Well you never know, because for a while Future was the “Racks on Racks” guy.

Ural: And even last year, nobody saw Fetty Wap pulling off four number ones back to back so I think this list just represents where the music industry is at the moment.

Trent: At this point, I think it’s all about congratulating rappers who put in work for reaching some sort of milestone. Like they always say, the Freshman cover “can’t hurt.”