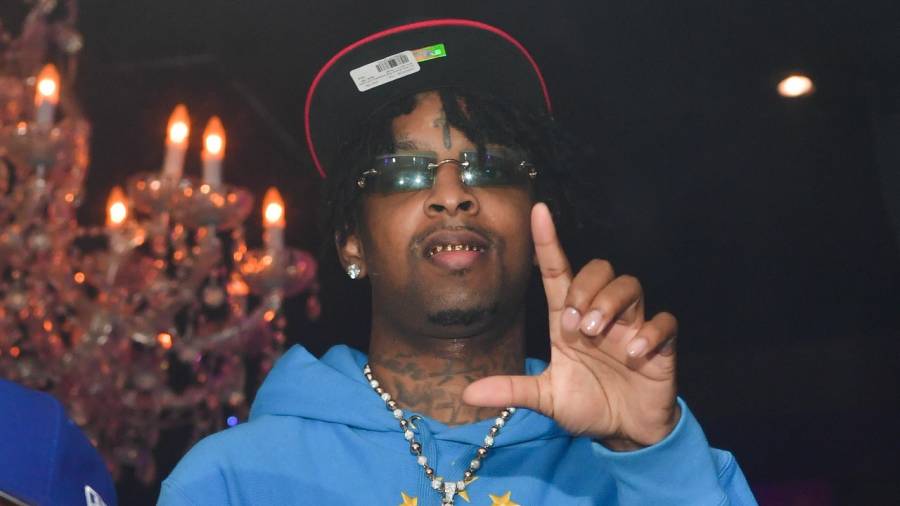 21 Savage Shuts Down Foolio Verzuz Debate: 'I Could Beat Jacksonville By Myself'

Since its inception during the quarantine last year, Verzuz has grown into quite the platform. There have been so many memorable battles already and fans are always waiting for the next installment. Lately, 21 Savage has been stirring the pot, requesting a city vs. city battle on the Verzuz platform and it looks like one town is looking to spar.

21 Savage recently hopped on a Clubhouse call with Jacksonville, Florida newcomer Foolio and claimed he could take on the entire 904 in a Verzuz and come out on top. The city has been buzzing with rising talent such as Yungeen Ace and SpotemGottem, but 21 feels it’ll be a walk in the park for him.

“I swear I can beat Jacksonville by myself bruh,” 21 said before Foolio chimed in, saying the rappers in the city are just getting their feet wet.

SpotemGottem, who’s currently recovering from last month’s drive-by shooting in Miami, heard the commotion and left his opinion on the whole matter on his Instagram Story. According to Spotem, no one in Florida is playing 21 Savage’s music all day, despite him having “good albums.”

“Y’all tell 21 he smokin good dick yunno how some n-gga give u yo credit & some ngga jus don’t wanan accept the fact dat we got motion now,” Spotem wrote in his Instagram Story. “It’s so many n-ggas in duval snapin no bap & we jus getting in the industry lol tell dude das capppp he not a legend only legends can say say he not drake not a future das facts.”

All this commotion began after rumors of a Verzuz between Jermaine Dupri and Diddy surfaced, causing both parties to talk trash to each other. Diddy did his best to son Dupri, which many people in Atlanta didn’t like and felt as if New York rappers saw themselves as above their ATL counterparts.

50 Cent Warns T.I. To 'Respectfully' Stay Away From Him Following Verzuz Challenge

T.I. joined in and once again challenged 50 Cent to a showdown on Verzuz. The Queens legend ignored T.I.’s request, even telling the King rapper to stay away from him. The Verzuz beef between these four legends pushed 21 Savage to come out and say no city could take on Atlanta in a Verzuz battle.

Fans are probably going to have to wait for a city-focused Verzuz battle as the next two contestants on the popular platform are New York legends Big Daddy Kane and KRS-One. The match is scheduled to take place on October 17 at the Barclays Center in Brooklyn.