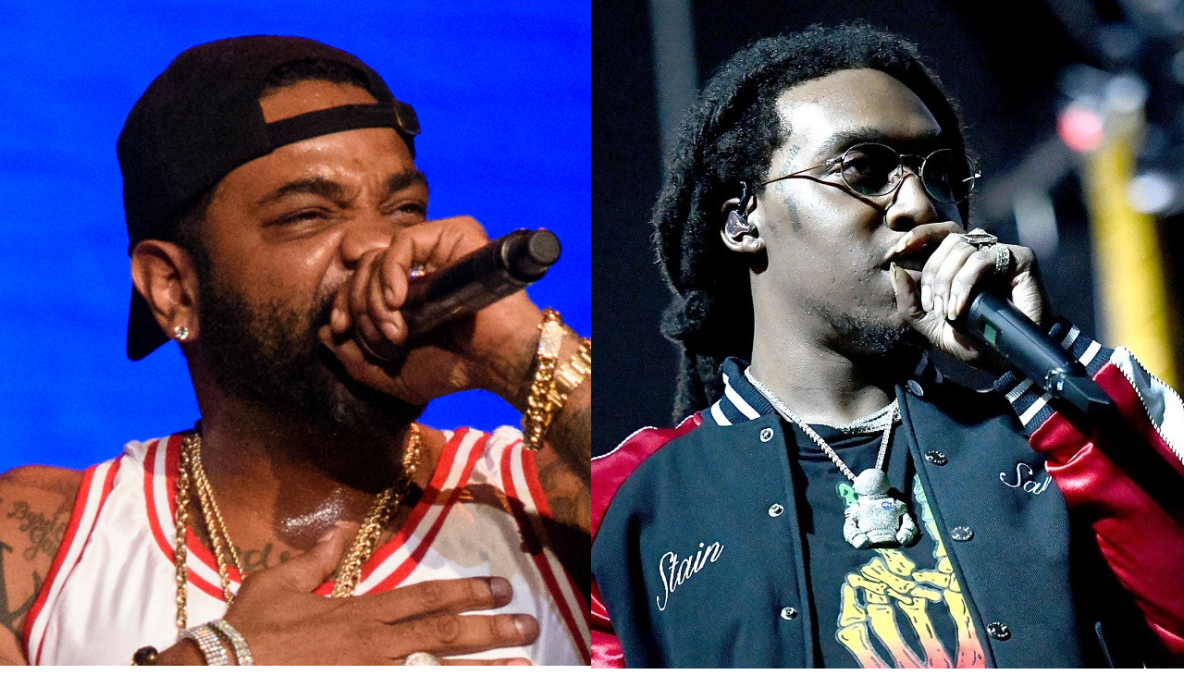 Jim Jones has dedicated his latest Drip Report to Takeoff, whom he called a “legend” while also taking the opportunity to give Migos their flowers.

Forgoing his signature foot tap and jovial tone, Jimmy appeared solemn in the clip, which was dedicated to Takeoff in its entirety. He opened the segment by stating that Hip Hop and the world had “lost a legend,” and calling Migos “one of the greatest group ever, hands down, undeniable.”

“Their contributions to Hip Hop will never be duplicated,” Jim Jones said, “from the rap flows to the cadence that they added to this game and all the spices we see all the kids been trying to emulate. Takeoff was a special person out of that bunch and you can tell from every record that he was on.”

He continued: “The great Takeoff, you will never ever be forgotten. You left a mark that no one will ever forget my friend.”

Tributes have been pouring from across the Hip Hop community since the world woke to the news of Takeoff’s death on Tuesday (November 1). Authorities say they were notified around 2:30 a.m. of an altercation the 810 Billiards and Bowling in downtown Houston.

Takeoff, whose real name was Kirshnik Khari Ball, was among a group of people — which also included his uncle and Migos groupmate Quavo — watching a dice game when an altercation broke out and shots were fired.

The 28-year-old died of gunshot wounds to the head and torso, the Houston Coroner’s Office concluded in its autopsy report. Two other individuals were injured and transported to an area hospital, including Quavo’s assistant Joshua “Wash” Washington.

Gucci Mane, Killer Mike, and Joe Budden, were among the first to share their reactions to the tragic news on social media. Others including Drake, Future, 21 Savage, Travis Scott, and 2 Chainz soon joined in, posting tributes and fond memories of Takeoff.

On Wednesday morning (November 2), a mural appeared along the Atlanta BeltLine as a tribute to the fallen hometown hero.

Quavo is yet to publicly comment on the loss of his nephew, with whom he recently released Only Built For Infinity Links, their debut project as the duo Unc & Phew. They had just released a video for their single “Messy” the night before Takeoff was killed.

Offset, who had been at odds with his cousins and Migos groupmates over the past few months, reacted to the shocking news by changing his social media profile pic to a photo of Takeoff.

Quality Control Music co-founder Coach K shared his own emotional tribute to Take on Thursday (November 3), revealing that he and his QC protégé shared a close personal bond and a love of art.

“I’m so sad that this young brother didn’t get a chance to grow old,” Coach K wrote. “Takeoff and I had similar characteristics very quiet, shy but very outspoken with charisma and knowledgeable of everything going on. I had a real connection with him like everybody that he came in contact with.”

Sharing his thoughts alongside the cover for The Last Rocket, TakeOff’s only solo release, Coach also recounted how he came to introduce the Migos rapper to artist Hebru Brantley. “Takeoff said I want him to do my album cover […] I wanna be on a rocket flying into space and we made it happen,” he wrote.

“I’ll Love you Forever,” Coach K said in closing. “Young Brothers we have to stop this senseless violence this not cool. Young brothers & sisters should be giving a chance to get to grow old. PLEASE start caring about life more. I’m Truly Heartbroken.”