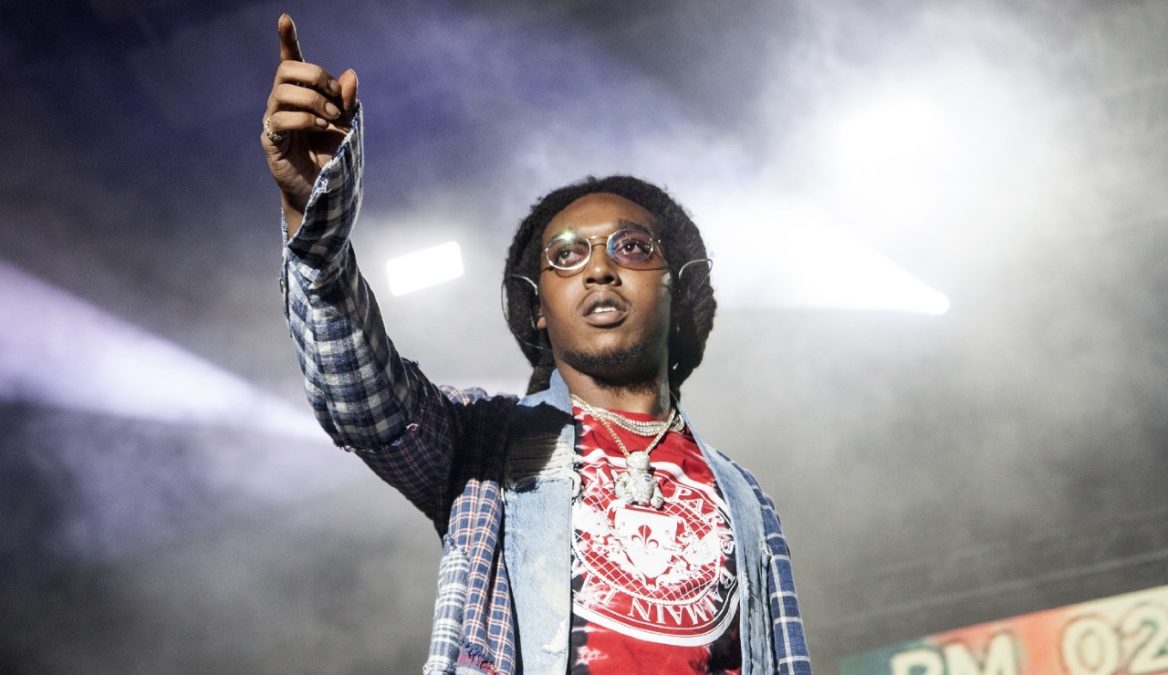 Takeoff Honored With Mural In Atlanta

Takeoff has been memorialized with a new artistic tribute in his hometown of Atlanta, following the Migos rapper’s untimely death.

“First off prayers to the family’s of your fallen kings and Queens,” Monoletti captioned a photo captured just after he had completed the mural, “but to the family’s of @yrntakeoff I hope I did this young man some justice with the material is had.”

The Takeoff tribute is located close to Historic Fourth Ward Skatepark. It replaces a previous mural painted by Monoletti — who also goes by the tag Ape — in honor of DMX following his shocking death in April 2021.

Over the past year the walls along the Atlanta BeltLine’s network of trails have also been home to no less than two tributes to MF Doom.

As news of Takeoff’s passing began spreading across social media, it was immediately met with posts by artists including Gucci Mane, Killer Mike, Joe Budden, Lloyd Banks and Boosie Badazz expressing their shock and sadness. The loss continued to sink in, more tributes to the late Migos lyricist have poured in from the likes of Drake, Future, 21 Savage, Travis Scott, 2 Chainz and others.

Born Kirshnik Khari Ball, Takeoff was gunned down at 810 Billiards and Bowling in downtown Houston. He was 28 years old.

According to TMZ, the Harris County Medical Examiner said in its official autopsy report that the youngest of the Migos died of “penetrating gunshot wounds of head and torso into arm.”

Law enforcement sources said Quavo‘s assistant Joshua “Wash” Washington was also shot during the altercation and was rushed from the scene to the hospital with non-life-threatening injuries.

On Wednesday, Houston Police called on witnesses to “step up” to help them identify the trigger man.

In the hours following the incident, Houston Police Chief Troy Finner also made it a point to stand in defense of the Hip Hop community, stating that he plans to meet with local rappers to discuss gun violence in the city.

“Sometimes the Hip Hop community gets a bad name,” Finner said. “And I know, evident from this city and people who I have a great relationship [with], [there’s] a lot of great people in our Hip Hop community and I respect them. But back to Takeoff. I got many calls from Houston and outside of Houston, and everyone spoke of what a great young man this is, how peaceful he is, what a great artist.

“I’m calling up on everybody, our Hip Hop artists in Houston and around the nation, we gotta police ourselves. It is so many talented individuals, men and women, in that community who, again, I love and I respect. We all need to stand together and make sure nobody tears down that industry.”

At press time, Houston officials have not indicated whether they’ve received any information pointing towards a suspect in Takeoff’s shooting.