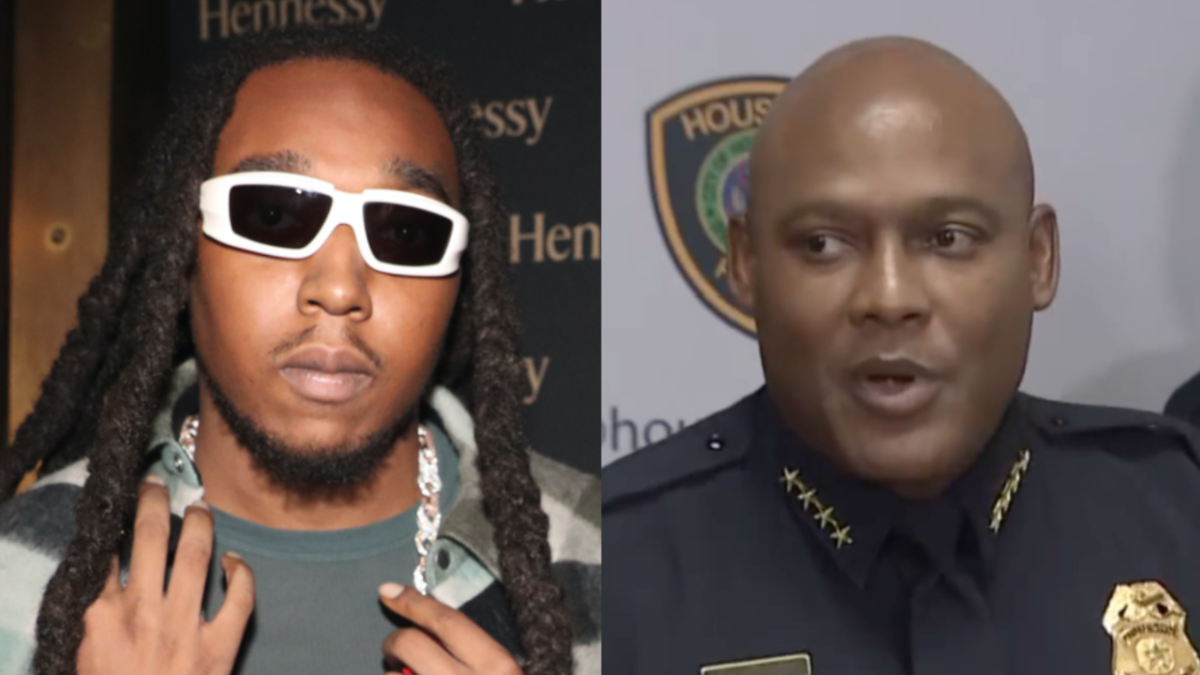 Takeoff was shot and killed in the early hours of Tuesday morning (November 1), but Houston Police Chief Troy Finner was determined to defend the Hip Hop community following his death.

While speaking to reporters on Tuesday, Finner addressed Hip Hop getting a bad reputation and revealed he wants to meet with local rappers to discuss gun violence in the city.

He also paid tribute to Takeoff, explaining how everyone had good things to say about the late Migos rapper as a person and musician.

“Sometimes the Hip Hop community gets a bad name,” Finner said. “And I know, evident from this city and people who I have a great relationship [with], [there’s] a lot of great people in our Hip Hop community and I respect them. But back to Takeoff. I got many calls from Houston and outside of Houston, and everyone spoke of what a great young man this is, how peaceful he is, what a great artist.

“I’m calling up on everybody, our Hip Hop artists in Houston and around the nation, we gotta police ourselves. It is so many talented individuals, men and women, in that community who, again, I love and I respect. We all need to stand together and make sure nobody tears down that industry.”

He added: “And I’m calling to start here in Houston, here and possibility as early as next week. I wanna meet with some of our artists and see how we can taper things down.”

Takeoff was gunned down outside 810 Billiards and Bowling in downtown Houston early Tuesday morning, according to TMZ.

The 28-year-old rapper was with his groupmate and uncle Quavo and a group of others when a dice game turned violent and shots were fired, with Takeoff being struck “either in the head or near to his head.” Quavo was unharmed during the incident.

Houston Police announced that officers responded to a shooting near 1200 Polk St at around 2:30 a.m. and discovered a deceased victim upon arrival. Police later revealed two other victims were transported to nearby hospitals.

The Philadelphia native was reportedly eating with his girlfriend when a suspect brandished a firearm and demanded jewelry from Rock, before shooting him and running outside to a getaway vehicle.