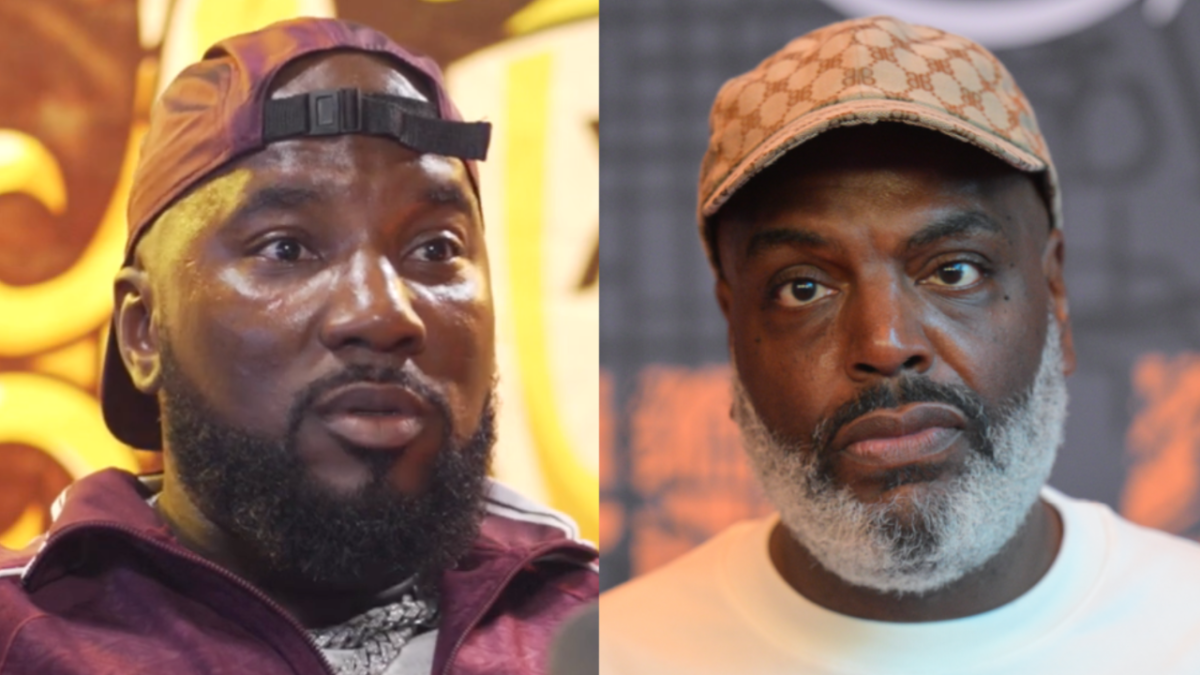 The Atlanta rapper mentioned the QC executive on his new Snofall album with DJ Drama, which dropped on October 21. “Got love for Coach K, even though he went with the other guy,” he rapped on “One Hunnid.”

During an appearance on N.O.R.E. and DJ EFN’s Drink Champs over the weekend, Jeezy went into detail about his and Coach K’s falling out, which led them to part ways in 2007.

“Communication is key,” he began. “When money is at play and there’s not the right type of communication, the lines seem to get blurred. And this is another thing I wanna say, and this is for if anyone that’s coming up in the game: there’s no handbook or no template of how to do this shit.

“You give it your all, you risk your life and all of a sudden, you wake up and you’re a multi-millionaire with more power than you can grasp. And if you come from where I come from, you already got your own trauma.”

He continued: “People done tried to do things to you, fuck over you, all these different things. I’m dealing with that, I’m pretty sure [Coach K is] dealing with artists that went left.”

Jeezy went on to explain that they crossed paths after Coach K saw him driving a Lexus GS 400 and stunting with jewelry.

“The crazy thing is, Coach came to Dallas All-Star Studio in Atlanta because back then I was driving a GS 400 Lexus. I was iced out and I was paying cash money to get the studio,” he said. “He was hearing about that, and that’s how he came to the studio and started to befriend me. And over time, he was just somebody around that I could be like, ‘Can you take care of this?’

“Don’t get me wrong, he’s great at what he does, but there were a lot of conversations that didn’t happen before the fame and the money came, and the understanding. It’s like getting into a marriage and you don’t talk about the things that are deal-breakers and what things you don’t want because now, it’s a relationship.”

He added: “And for me, I’m a street guy. If you do anything that seems questionable to me, I’m gonna handle it how I handle it. And again, that ain’t with the best communication.”

Jeezy said that although they weren’t able to build a solid foundation at the beginning of their relationship, he and Coach K managed to resolve their issues and he still has love for his former manager.

“So just to give some clarity to it, some things went on… I’m quite sure he would say different, as he should,” he said. “But I just didn’t trust a lot of things. And again, there’s no handbook for this, so I don’t even know how it’s supposed to go.

“I’m just understanding what I’m assuming. So if you’re not communicating with somebody and it’s not going how you want it to go, of course you’re gonna be like, ‘Yo, I’m not rocking like that.’ Then he probably thought it ain’t going how he want it to go.”

Jeezy continued: “It was never no issue that we couldn’t resolve, but I just think, when it wasn’t talked about pre-money and pre-success, there’s a lot of expectations there, and you know how it go with expectations. If it ain’t what you want, you feel let down.

“And I still got love for Coach. I’m happy he’s successful, I’m happy he done what he did. I hear people all the time… ‘Jeezy ain’t put nobody on.’ But just look around, Coach is on.”

Coach K addressed the split during an interview with XXL in 2013, saying: “We came to a disagreement. I guess [Jeezy] felt like he could do it himself. Surely, I’m not gonna say it’s obvious, but he needed my help.”