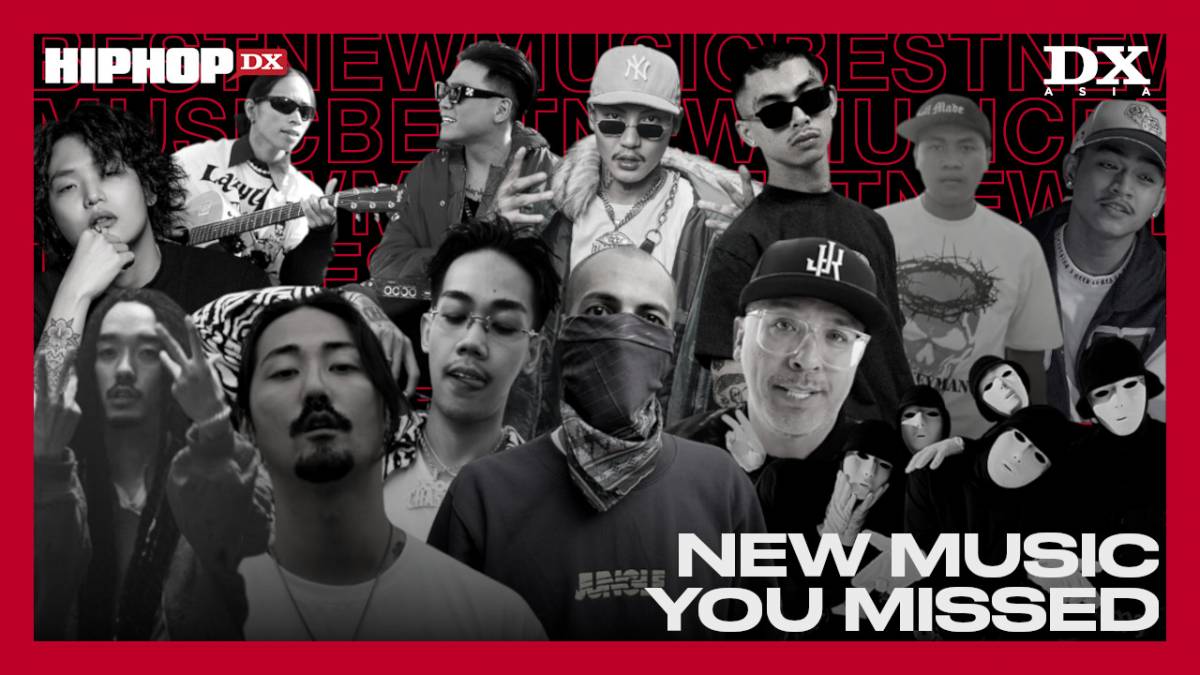 The past week was filled with exciting, fresh music releases and music video premieres by artists with highly anticipated projects this year, as well as a reimagining of an older release. Here are some of the best new hip hop and R&B tracks you might have missed from Asian artists:

Japanese rapper Maddy Soma released his latest single “OKE” on June 21, accompanied by a music video that combines calm and fiery elements of nature to complement his deep bass vocals.

Maddy Soma is also a member of the hip hop crew Cookie Plant, which consists of six members who were former dancers. Their latest single iki was released just last May.

South Korean rapper Jo Gwang-il released his single “On and On” featuring FANA last May 28. The rapper, who won the televised rap competition Show Me The Money 10 in 2021, sang about people’s judgments and how he keeps working hard to show his own unique style. “On and On” also featured the 25-year-old artist’s signature explosive rap with assertive lyrics that solidified the substance of the song.

Last June 29, “Psycho” hitmaker and Japanese-Korean hip hop artist Jin Dogg released the music video for “Run It Back” featuring D-SETO. The song is part of his 2020 collaborative album 3rd High “Resuscitation” mixed by DJ Bullset, which consists of 13 tracks.

“Run It Back” showcases Jin Dogg’s distinct intense energy projected in both the song and the music video, which took place in a semi-greyscale retro hip hop setting. Known for his lyrical tenacity and genre-defying styles, there is much anticipation for Jin Dogg’s upcoming projects and collaborations. His previous solo single “Intro” was released last May 4.

The music video features a dance sequence backed by the chorus of the original song. “Kayumanggi” was first released in 2020 as the official track for Jo Koy’s Netflix special, In His Elements. It is a nationalistic song that talks about taking pride in one’s brown skin. The original track was produced by DJ Medmessiah and Illmind, written by Morobeats, and features A, Palos, Fateeha, and Tanikala.

Thai rapper 1MILL returned with his latest single, “Fast & Furious”, last June 10. In it, the 20-year-old MC raps about a carefree life. The song is the artist’s latest project right after the March release of his most recent album ONLY1, which consists of 10 songs including the hard trap “Fu*k It Up” and “OnSomeShit!” in collaboration with tarvethz and Life Fortunato.

On June 29, Filipino rappers YB Neet and CK YG released their latest single “META” with a music video that features Philippine street settings. The song talks about solidarity and strategically navigating through life with lyrics such as, “Babalikan ko ‘yung mga tunay / musika ay isinabuhay / nakahandang mamatay para sa mga taong kasama ko na humuhukay” (I will come back to those who are real / who embodied music / ready to die for those like me who are struggling). “META” features game-related references and follows YB Neet’s various single releases this year such as “Broke” and “365 fya.”

Vietnamese rap superstar Wowy debuts his latest single “Khu Tôi Không Sống (The area I don’t live in)” in collaboration with Thịnh Suy on July 1. The song has an energetic rhythm that features Wowy’s fast-paced rap that is complemented by Thịnh Suy’s warm vocals. It contains lyrics about discovering a city and all its familiar streets and unfamiliar corners.

The accompanying visuals show the artists and their group of friends biking and having fun around the city and its popular landmarks. The music video ends by encouraging the listeners to keep going and exploring. In an interview, Wowy says that he aims for his music to help people heal and give them the energy to go on with life’s journey.

Cambodian rapper VannDa teams up with Thai MC OG Bobby for the track “Young Man,” off his newly released album SKULL 2 (Season 1). The music video features the artists’ younger selves being adventurous, while the song talks about succeeding in life and rising above all those who doubted them.

The album, which consists of 15 songs, dropped on streaming platforms last July 1. In a press release, the rapper said that Season 1 is the “adventurous beginning of an unprecedented journey high off his meteoric rise from the past few years”. The highly anticipated Season 2 will focus more on his learnings and will feature more tracks in collaboration with international artists.

VTEN, one of Nepali rap’s foremost MCs, returns after a string of socially charged tracks with “KUKUR,” a two-minute loosie that shows the more laidback side of the usually adrenaline-driven VTEN. The accompanying video shows VTEN seemingly taking a break from a recording session, as he playfully dances around with friends.