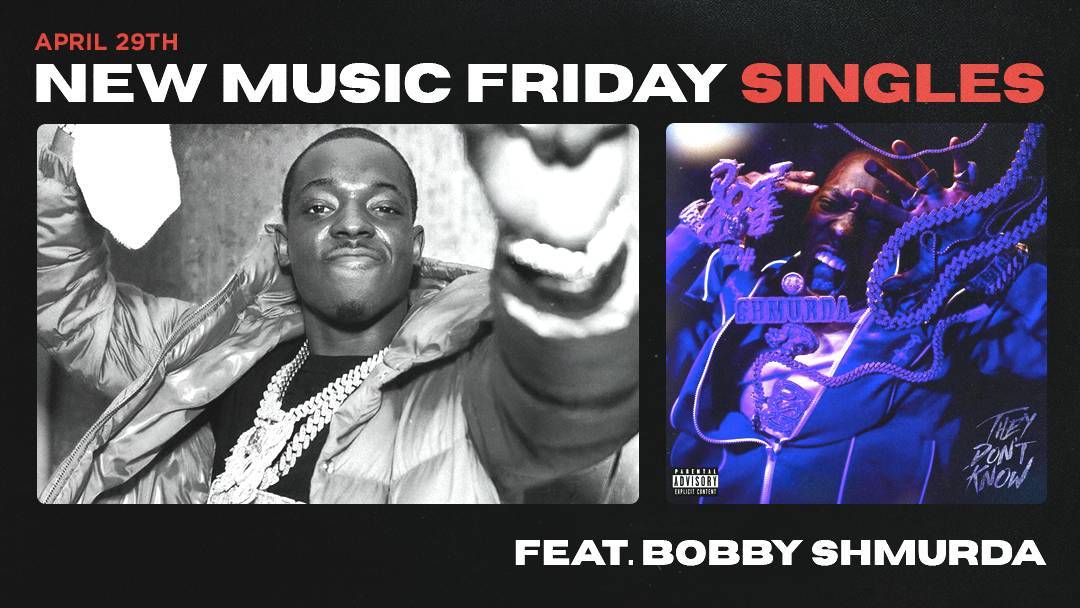 The weather is warming up, April is coming to a close and Future just returned with a brand new album — summer is closer than ever.

On this week’s edition of New Music Friday, HipHopDX runs through the best singles from around Hip Hop and R&B. Kicking off the list is Bobby Shmurda’s “They Don’t Know,” Yeat’s “No Handoutz” with Internet Money and Lil Baby‘s “Frozen.”

From there, we explore the sounds of Lil Gotit’s “Rich Shit” collab with Lil Keed and Ty Dolla $ign, as well as new tunes from Sampa The Great featuring Powers Pleasant and Denzel Curry.

Also included are new tracks from R&B singers Khalid, Giveon and many more. Keep reading for the best songs released on the week ending Friday (April 29) below.

Bobby Shmurda has been met with plenty of backlash since the young New York rapper finished his jail sentence in February of 2021. Aside from a few singles, he took a hiatus from releasing music and vowed to enjoy his hard-earned freedom.

Luckily for fans of the “Bobby Bitch” MC, he just unleashed a new single titled “They Don’t Know” which captures the exuberant lifestyle Bobby’s been enjoying of late. All signs point to a forthcoming album from Shmurda, but all we can do now is hope.

The explosively viral Yeat has linked with producers and tastemakers Internet Money for “No Handoutz,” a buzzy and catchy track perfect for the warming weather.

Thanks to albums such as Up 2 Më and 2 Alivë, Yeat has quickly become an internet sensation for his cryptic rap style, energetic videos and his booming, lively production choices. Linking with Internet Money’s producers, the dial is turned to the max on “No Handoutz,” a track that suggests the era of Yeat is just beginning.

Young Stoner Life rappers (and brothers) Lil Gotit and Lil Keed have previously worked together on tracks like “Drip Day N Night,” “Off White” and “Yeah Yeah,” but their joint efforts never get old. “Rich Shit,” the most recent single from Gotit and Keed, enlists help from crooner Ty Dolla $ign to round out the smooth tones.

It’s been a while since Gotit and Keed released full-length albums, but with the news that Gotit is releasing his next album this coming May, “Rich Shit” hints at more expansive new music on the way. Until then, fans will surely love this taste of what’s to come.

Drenched in the grimy sounds of East Coast Boom Bap, “Final Four” arrives a week before the release of Flee and Mephux’s joint album Pray For The Evil III. As hollow drums boom, the MCs take turns on the mic, delivering bars-heavy rap that sounds like it came straight from 1996.

Just a week after MVW dropped the superstar-laden “Never That” with Matt Ox, Valee and 645AR, he’s back with the Desiigner-assisted “Mobb Ties.”

Desiigner, who recently released “Move How We Move,” seems to be right at home amongst the gloomy and eerie sounds from MVW and co-producer West. Embellished with an army of strings, “Mobb Ties” plays with the relationship between the textured, trap-heavy raps of Desiigner and MVW’s penchant for classical arrangements.

Born in Zambia and currently based in Australia, Sampa The Great’s music knows no bounds. Working with Powers Pleasant and Denzel Curry, the singer just released “Lane,” her second single of 2022.

“Lane” finds Sampa layering her voice into a blissful harmonies while flexing her resilience alongside a punchy verse from Curry, who just released Melt My Eyez See Your Future.

Still not satisfied? Be sure to stream this week’s Honorable Mentions: City James and Radamiz’s “Play Your Part” and “Cater” by Tink and 2 Chainz.