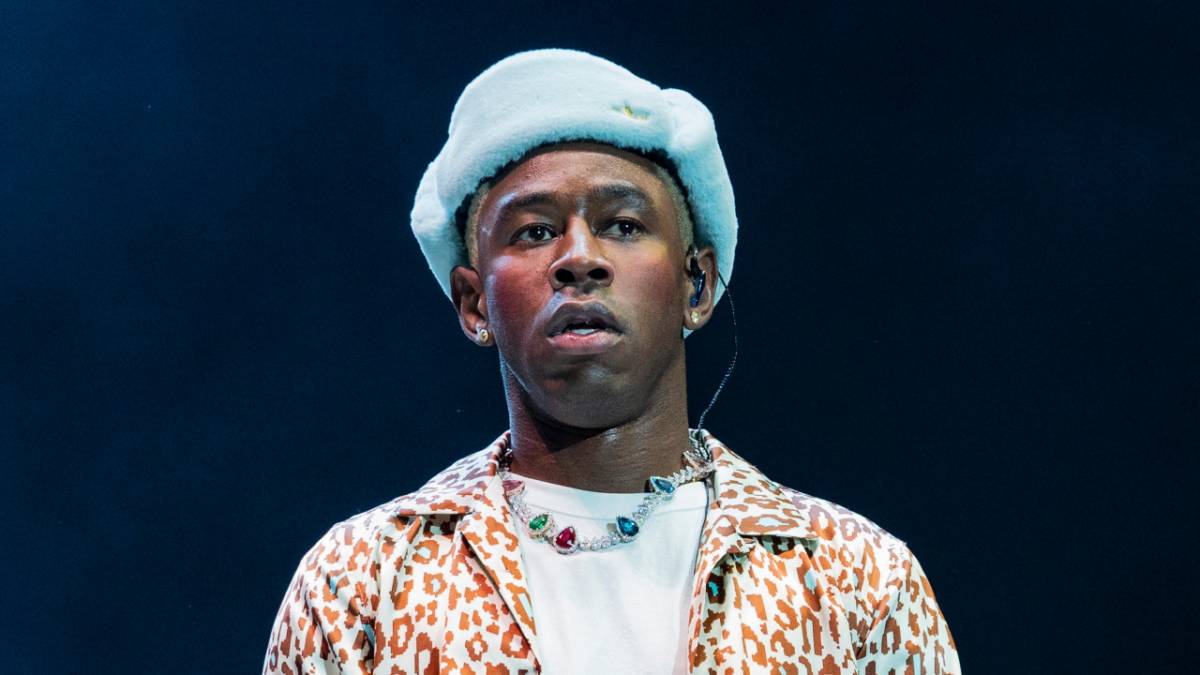 Tyler, The Creator Weighs In On NFTs: 'It’s A Fucking Monkey In A Supreme Hoodie'

The NFT (non-fungible token) trend has infiltrated Hip Hop over the last year, with everyone from JAY-Z and Eminem to Future and Lil Baby either selling their art as an NFT or spending big money on securing exclusive items for themselves.

One rapper who won’t be jumping on the NFT bandwagon anytime soon, however, is Tyler, The Creator. The Grammy Award-winning multi-hyphenate recently sat down for a wide-ranging interview as part of Converse’s “All Star Series,” in which he shared his candid thoughts on NFTs.

“It’s just a dick-swinging contest like, ‘Look, I bought a picture of a… monkey?!’ … I’m not fully informed so I’m kinda speaking out of this surface-level ignorance … [but] the idea of an NFT, I guess, is like art or something. But none of the examples I’ve seen is beautiful art. It’s a fucking monkey in a Supreme hoodie.”

Tyler, The Creator on NFTs: "it's a f*cking monkey in a Supreme hoodie." pic.twitter.com/S8H2Tzl6O9

For the uninitiated, Bored Ape Yacht Club’s NFT avatars have become a must-have among the rich and famous on social media, with the likes of Eminem, Steph Curry and Jimmy Fallon spending hundreds of thousands of dollars to land their own unique “bored ape.”

But for Tyler, no NFT trend will grab his attention until it becomes tangible. “‘Oh, NFT, you get exclusive content.’ He’s smoking in a studio — that’s not exclusive content! He does that on his Instagram Story,” he continued. “You can’t NFT me looking at you in real life right now, so I’m just fully not into it — until it’s something I could [touch].”

After a video of Tyler, The Creator’s comments went viral, streetwear designer and The Hundreds founder Bobby Hundreds revealed on Twitter he actually spoke with Tyler last year about NFTs, and the CALL ME IF YOU GET LOST rapper had a “really good idea” for what his first NFT might be.

“.@tylerthecreator and I talked about NFTs for a bit last summer and at the time, I told him ~ if he wanted to ~ he could be one of the most influential people in the space,” he wrote. “I still believe it (btw he had a really good idea for his first NFT).”

Tyler, The Creator isn’t alone in his aversion to NFTs. In January, his “Smuckers” collaborator Kanye West derided the digital trend in a handwritten note posted on his Instagram.

He added in the caption, “STOP ASKING ME TO DO NFT’s I’M NOT FINNA CO-SIGN. FOR NOW I’M NOT ON THAT WAVE I MAKE MUSIC AND PRODUCTS IN THE REAL WORLD.”

Ice Cube echoed this sentiment just days later when he commented on a viral tweet calling for renaissance-style paintings of him, Snoop Dogg, Eminem and the late Notorious B.I.G. to be turned into NFTs.

“No thank you,” Cube responded. “I actually hate this fake ass shit. Making me a part of their bullshit is insulting. Leave me out.”

Elsewhere in his Converse “All Star Series” conversation, Tyler, The Creator spoke about his love for director Hype Williams, the unreleased indie rock album he made in 2012, Kanye West’s “Black Future Month” and much more.