Non-fungible tokens (NFT’s) are the latest cryptocurrency craze to explode within the music industry.

Since they’re related to standard cryptocurrency, NFT’s are like collectible sports cards — and essentially serve as a digital certificate of authenticity for “an object, real or virtual,” a tech expert recently penned in the L.A. Times. In theory, an artist can utilize a NFT to create a virtual concert experience or use it as a collectible token that gives its owners access to a virtual or physical performance of the same kind.

Welcome to the future.

The possibilities for creative customization are endless, but the key is that NFT’s are figuratively concrete and can’t be broken down into smaller amounts. In essence, exclusivity is preferred within the NFT market, which offers an added layer of control for the artist on how they choose to make their art a commodity.

In an attempt to understand NFT’s and how they benefit both artists and their fans, HipHopDX broke down numerous current Hip Hop NFT experiences and also spoke with former host of DX’s Crook’s Crooked YouTube series KXNG Crooked to uncover the potential NFT’s have to affect the music industry.

“I have crypto coins and I’ve been reading up blockchain tech just to stay in the mix of things,” Crooked tells DX regarding this topic. “NFT’s hit my radar around October of last year in a conversation with a tech genius I know. I went down a rabbit hole until I discovered what Beeple was doing and was blown away.”

Despite Lil Yachty’s zany stage presence, he was one of the first artists in the rap arena to utilize NFT’s. Last December, he managed to rake in over $16,000 for a single collectible coin NFT auction on the Nifty Gateway NFT marketplace.

More specifically, fans who own $YACHTY tokens gain exclusive access to the Grammy Award-nominated rapper via virtual parties and events created at his discretion. According to Coindesk, the token also grants access to gifts including a surprise box prepared by Yachty’s mom, Raising a Rapper author Venita McCollum, and personal items from Lil Boat’s career.

And while Yachty is focusing on a bevy of new rollouts this year, Crook is weighing his options when it comes to his existing musical inventory.

“Recently someone sent me a clip of an executive from the newly launched Death Row Records speaking about releasing my music soon,” Crooked says. “In the clip, the exec said the company has reached out to all former artists and they plan to open the vault and release everything officially. Hundreds of songs from myself and others.

“Although no one has reached out to me, I would propose doing a partnership with the label and releasing all of my Death Row records material in the NFT space. That shit would be crazy.”

Artists have utilized NFT’s to offer specific events and highly curated experiences that facilitate personal interactions within the artist’s fanbase — and Post Malone, already known for his out-to-box collaborations with Crocs and Pokémon, wasted no time hopping on to the NFT wave.

Billboard reports Posty is teaming up with cryptocurrency firm Fyooz to offer a virtual beer pong competition to patrons who buy at least 1,000 $FYZNFTs digital coins. When fans purchase the required 1,000 $FYZNFTs, they’ll become apart of Fyooz’s “Moon Club” community — which gives them preferential access to all of Malone’s NFT drops. Also, $FYZNFTs holders will have the opportunity to compete in Posty’s World Pong League. Yachty reportedly earned $276,000 from selling social tokens with Fyooz last year.

You heard the man, check out @fyoozapp for Posty’s exclusive 1st ever experience to play the champ himself in a game of pong. We’ll also be dropping all of Posty’s NFTs as well https://t.co/9VFkXTeXFB@elonmusk @cz_binance wanna play? Art by @fvckrender$FYZNFT $FYZ https://t.co/qBeMQIXE7y

The first Moon Club NFT drop is packed with unique content including NFT’s for Yachty’s music videos such as “Magnifying Glass” and “Hit Bout It” featuring Kodak Black, in addition to a virtual studio session experience with Mustard and more.

Fans will have an opportunity to cop $FYZNFTs in a live Clubhouse auction event on Thursday (March 25). Their purchase unlocks a “Golden Hand” token animation image designed by digital artist Fvckrender, which actually serves as a ticket to the virtual pong game with Pongmaster Post. 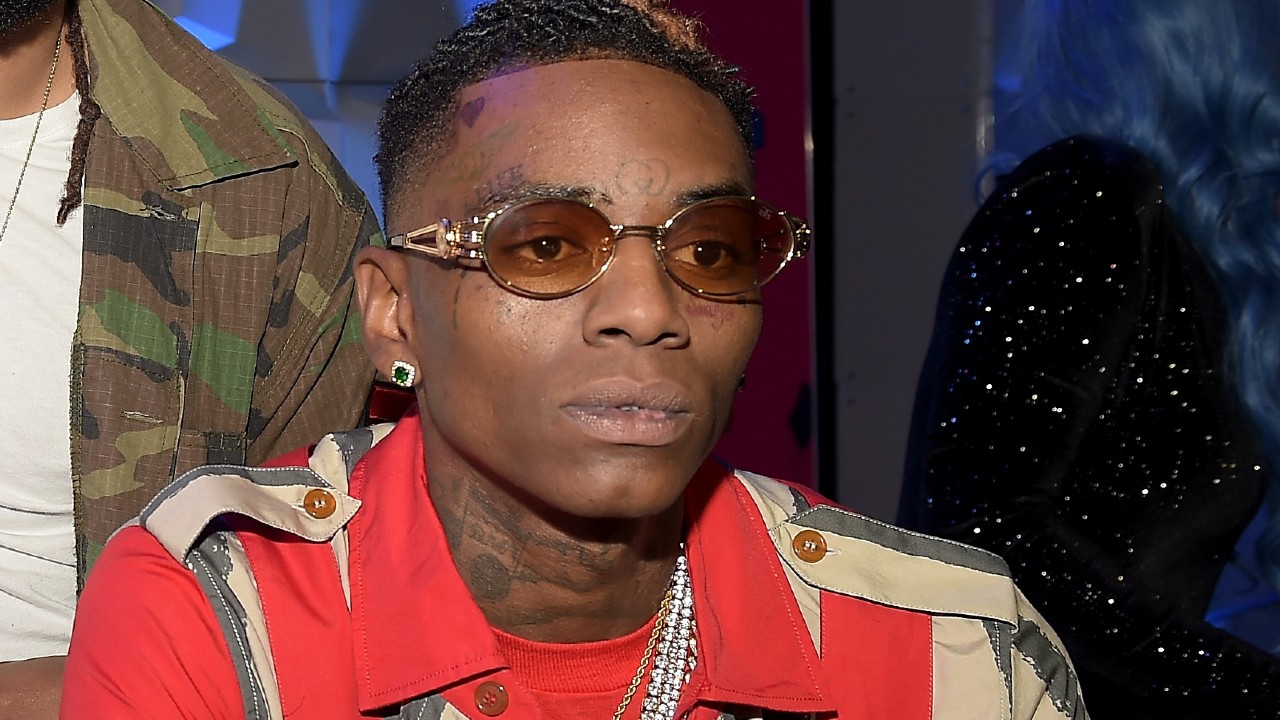 But rappers aren’t just utilizing NFTs for music alone. The ever-controversial Azealia Banks also cashed in on the NFT trend with her innovative 24-minute audio sex tape that fetched a cool $17,000 in an auction in on March 9.

Pump’s NFT features a limited run of 2,000 collectible cards for $9 and an exclusive “uber-rare capstone ‘Esskeetit Diamond VVS'” NFT collectible of Pump’s “Esketit” diamond chain. On Wednesday (March 10), the the Harvard Dropout rapper flooded the scene with the “Esskeetit Card” and the “Lil Pump Artist Card V1” for fans to cop through a link through Instagram.

“This is the future. Now you can live like me and own a rare NFT collectible of one of my favorite chains,” Pump says in an emailed statement to DX. “There are only five in the world and for lucky fans, there are 500 free pieces and 2,000 at $9.99 Esskeetit!”

In an instantaneous capitalistic flip, Banks’ five-figure auction resulted in the re-sale of her audio sex tape I FUCKED RYDER RIPPS. Insider reports a mysterious digital artist identified as Rulton Fyder re-listed for the NFT for sale with a shocking $270 million price tag 16-hours after it was originally auctioned.

One would assume the recent blitz of technological advances is only built for the newer generation, but that couldn’t be further from the truth. The legendary Wu-Tang Clan — a legacy that obviously predates social media — has found ways to utilize their bottomless reel of photos from the years. Elsewhere, the late MF DOOM — who was already no stranger to employing unconventional ways to seed his music onto fans’ radars — also stands as an early NFT-adopter.

“I absolutely love it of all this,” he exclaims. “The old way was fly, but we’re on this new wave now and I fuck with it heavy!! All my OG rappers out there from the hard copies era — please don’t get left behind! Jump on in … the waters fine!”

First debuting to the world in 1993, Wu-Tang has amassed enough snapshots to roll out a massive 300-page, 400-pound photography book titled Wu-Tang Clan: Legacy. An NFT donning the same name will also be unveiled and those lucky owners will receive one of the only 36-existing physical copies of the book upon its release.

One can only imagine the type of industry shifting profits the Wu could’ve secured with NFT technology in 2015 when infamous “Pharma Bro” Martin Shkreli bought the ultra-rare Once Upon A Time In Shaolin album for $2,000,000. 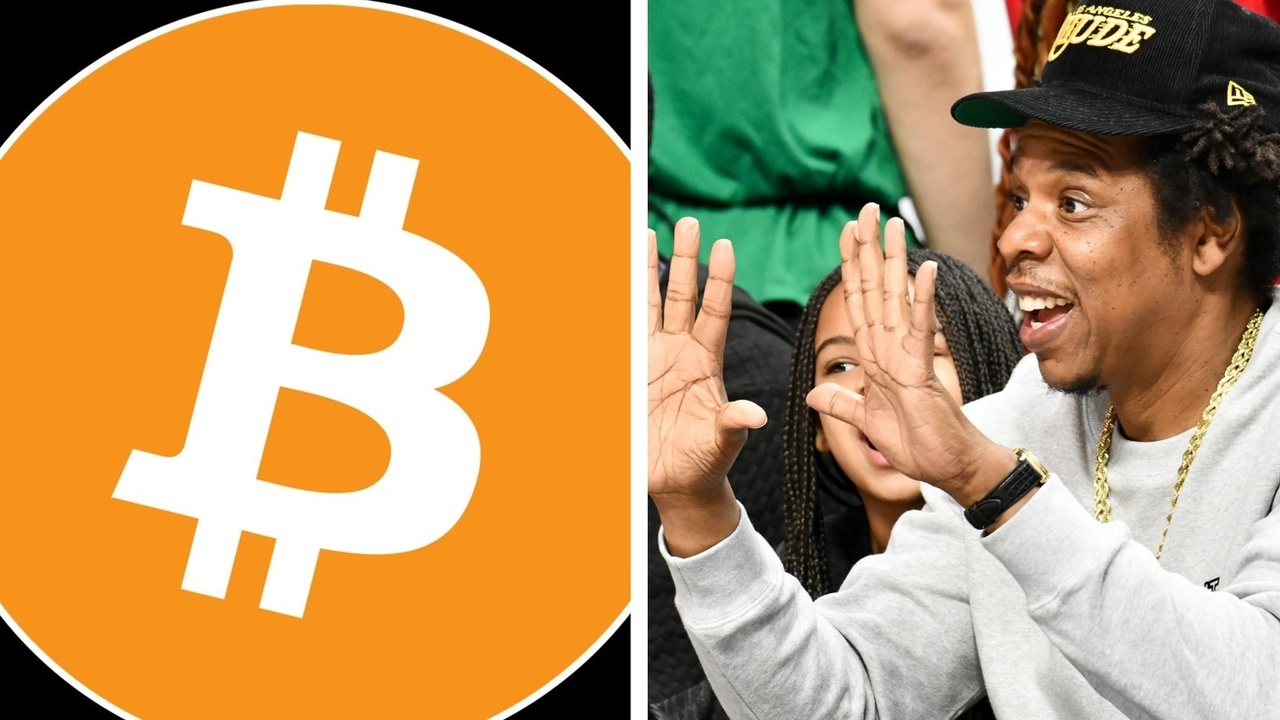 With well over 15 studio albums and a career supplying two decades worth of euphoric Hip Hop excellence, DOOM represents the type of acclaimed artist who has the ability to succeed in the ever-swelling NFT atmosphere. Having inspired multiple generations of rappers from Joey Bada$$ to Playboi Carti, the weight of DOOM’s influence is still felt within the industry to this day — making the value of exclusive collectible items like NFT’s much higher.

DOOM’s transition into the afterlife to the uptick of an 870 percent spike in streams further underscores how NFT’s boost the artist experience by quintessentially immortalizing artists work within the developing blockchain network.

Blockchain is the public account ledger that NFT’s and other cryptocurrencies like Bitcoin use to store information.

Since NFT’s are apart of the blockchain standard, they utilize digital contracts, known as smart contracts, to attribute rights to artwork, collectibles and other unique items. Long story short, this means NFT’s like DOOM’s signed augmented reality masks are forever cemented within one of the largest public forms in the world.

While music like DOOM’s firmly exists on DSP’s like Spotify and Apple Music, NFT’s offer untapped possibilities we can now honor the life and body of work of musical icons in ways that allow their legacy to converge with new technology.

For artists, seeking more information on the expansive world of NFT’s —platforms such as Consequence Of Sound and The Verge have laid out the in’s-and-out’s of the tokens and reported early of the massive profits NFT’s are generating — like the $6,000,000 in sales Grimes generated auctioning art pieces on Nifty Gateway in February.

Additionally, more information about what current artists are doing with NFT’s can be mined from Fyooz website, along with details about the Moon Club and Post Malone’s NFT drops.