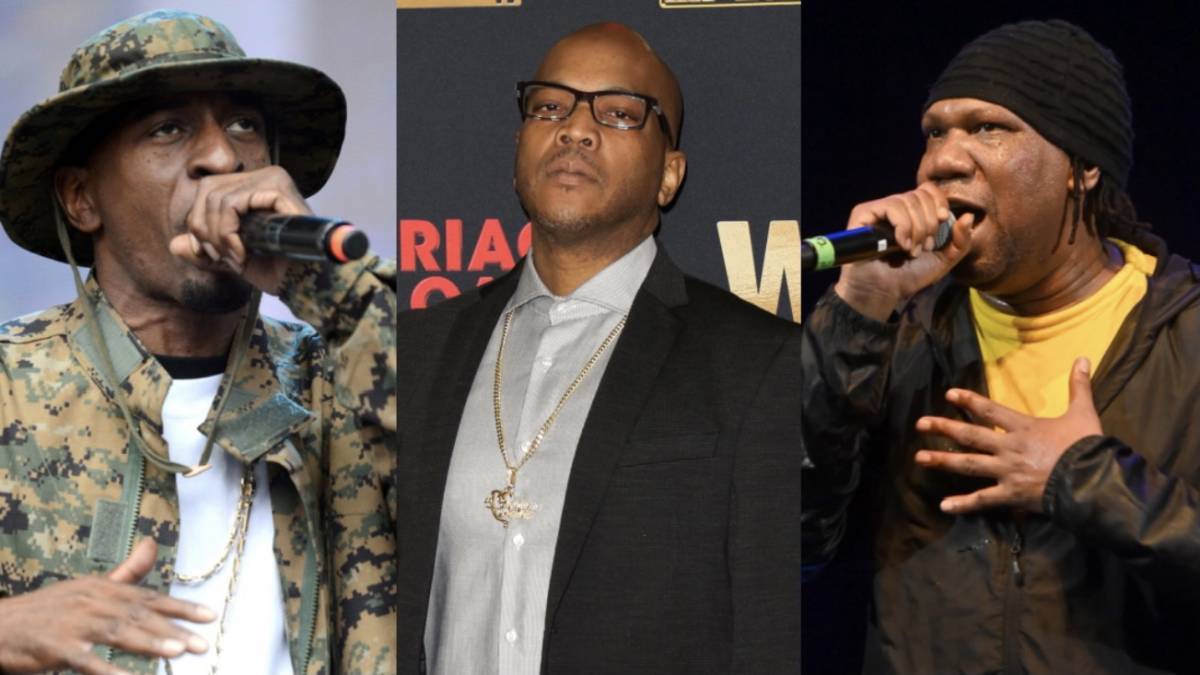 Styles P is no fluke when it comes to dropping bars on a track. He traded rhymes with his Yonkers brethren Jadakiss and Sheek Louch as The LOX, and his solo career saw a stacked catalog of 14 studio albums, 12 mixtapes, five collaborative projects and several hit records.

If you ask him, Styles P is a rap juggernaut who is not afraid to put his bars up against anyone, as we saw during The LOX’s dominating performance over Dipset in Verzuz in August. Styles has always said he’s a student of the game and regularly sharpens his lyrical blade with every track he raps on, but there may be even more to his rap prowess than most people believe.

During a conversation with HipHopDX, Styles P gave some insight behind his elite level of lyricism. According to the 47-year-old, a pair of Hip Hop legends had something to do with it.

“You know what I was the first human being to do? This is why I might be the rap mutant,” Styles said with a laugh. “I was the first person to ever do this. I was blessed enough to be on the road with Rakim a lot and do shows. House of Blues L.A. Rakim is performing, and who does Rakim bring out to perform with him. Look this shit up, Rakim brings out KRS-One.”

The rarity of KRS-One and Rakim performing on stage was unheard of back in the 80s as both rap legends were carving their own path in Hip Hop’s golden era. Styles witnessed a true Hip Hop moment, and a real fan of the culture can’t blame him for what he did next.

“They never been on the stage together before. Rakim and KRS are fucking ripping it down, it’s crazy,” Styles said. “You know what I did? I couldn’t even help myself but I ran out and touched Rakim and KRS at the same time while they was performing.”

Styles continued, “I’m Professor X, are you kidding me?! I couldn’t even contain myself, I ran out. Kid Capri said I was a smart n-gga for that one. This is crazy I touched Rakim and KRS, and it was like the powers just came through me. I was already nice, but that did something to me. I told you my secret. I let it out right here God damn it [laughs].”

Styles P displayed those Hip Hop X-Men powers on DMX’s 1998 posse cut “Blackout” featuring Jadakiss, Sheek Louch and JAY-Z. Fans have debated who had the best verse for quite some time and Styles P told HipHopDX who he thinks has bragging rights.

“I always go for me, but no ‘Blackout?’ Nah me,” Styles P said. “I think it’s safe to say. You know what it is, if you want me to be honest, you know this. I be roasting shit, I ain’t no sleeper dog. I’m the guy who don’t really say much, but look at my track record and look at what I’m rhyming on. Go back, and you’ll never hear I got burned.”