21 Savage celebrated his 28th birthday with a ’70s themed party in Atlanta on Wednesday (October 21), with the likes of Young Thug, Meek Mill, Lil Baby and T.I. among the many Hip Hop stars who showed out for the occasion.

One of the decorations at the event was a mannequin, wearing a shirt of the animated rat from Tekashi 6ix9ine‘s “GOOBA” music video. The model was covered in blood, and featured a rat taped to its face with a rat trap by its feet. There was also message about snitching stuck to it.

“The wounds on this rat will never heal because when you squeal you know the deal,” it read. “ALL RATS DIE SLOWLY!!!!!!! Death to the rat.”

Fans recently speculated Morgan Freeman was talking about 6ix9ine on 21 and Metro Boomin’s “Snitches & Rats (Interlude),” which appears on their Savage Mode 2 album.

“A regular citizen who reports seeing a crime isn’t a ‘snitch’ or a ‘rat,’ the criminals were just sloppy,” Freeman says. “Snitches and rats are not the same thing, let me break it down to make sure y’all see what I mean/A ‘snitch’ is someone minding other folks’ business/To find information they can sell for a price or trade for some other form of compensation.

The following song on the tracklist, “Snitches & Rats” featuring 21’s cousin Young Nudy, was also perceived to be targeted at the rainbow-haired rapper. 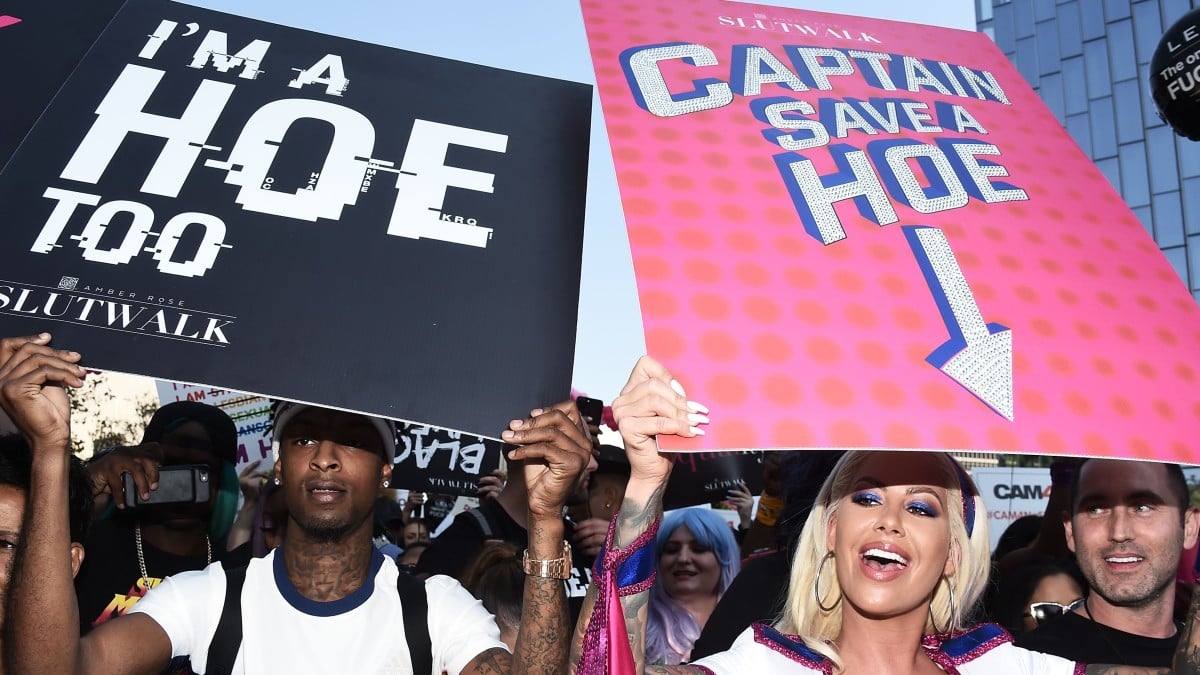 However, 21 Savage denied the track was specifically about 6ix9ine, but rather all rats and snitches across the U.S. and the rest of the world.

“I see y’all talking about this ‘Snitches & Rats’ song like a 6ix9ine diss song or some shit,” he said. “Man, 6ix9ine ain’t the only rat in America. He’s not the only snitch in the world, man. Fuck wrong with y’all? Y’all need to listen to that shit though ’cause that shit’s facts. A rat is a fucking rat. Period.”

Revisit both songs below.