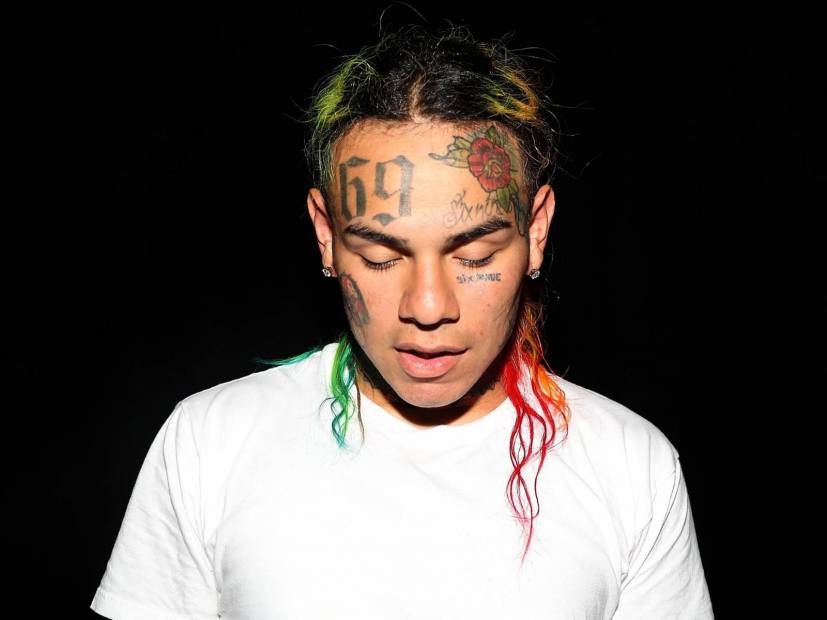 After roughly 13 months in a New York prison, the controversial rapper has finally been sentenced in his racketeering case. According to Inner City Press, he will not being going free on Wednesday as some predicted.

As Judge Paul A. Engelmayer told 6ix9ine, “I cannot agree with your counsel that time served is appropriate. In my judgment, your conduct is too violent and selfish to make 13 months reasonable. You will not be going free today.” [apple_news_ad type=”any”]

Judge Engelmayer: However, I cannot agree with your counsel that time served it appropriate. In my judgment, your conduct is too violent and selfish to make 13 months reasonable. You will not be going free today.#Breaking

For nearly an hour, Judge Engelmayer read 6ix9ine the riot act for his multiple crimes but eventually noted his cooperation helped take down Nine Trey, revealing 6ix9ine had met with the government 26 times.

“Your cooperation enabled the government to take down a violent gang,” he reportedly said. “beyond the six including you named in the initial indictment.”

Ultimately, 6ix9ine was sentenced to 24 months in prison with five years supervised release, 300 hours of community service and a $35,000 fine. With time served, that means he’ll be out in November 2020.

Judge Engelmayer: Mr Hernandez, please rise. It is the judgment of the court you are to serve a term of 24 months in prison, with five years of supervised release.

Hernandez has already been taken out of the courtroom by U.S. Marshals. For those asking, seems it will be the announced 24 months minus the 13 months already served: so, eleven months, into late 2020. Heading out to #Periscope; story soon https://t.co/zKzsVASZTd

6ix9ine was arrested on racketeering charges in November 2018 alongside his former manager Kifano “Shotti” Jordan.

In October, 6ix9ine took the stand as the federal government’s star witness during the kidnapping and robbery trial of alleged Nine Trey members Aljermiah “Nuke” Mack and Anthony “Harv” Ellison. During his testimony, 6ix9ine admitted he agreed to cooperate only one day after his arrest.

“[Daniel] Hernandez provided the Government with critical insight into the structure and organization of Nine Trey, identified the gang’s key players, and described acts of violence that he personally witnessed or that he heard about from other Nine Trey members,” Berman wrote. “Hernandez testified in the face of threats of safety to him and his family.”

6ix9ine’s cooperation has not only earned him the nickname “Snitch9ine” on social media but also plenty of detractors. Snoop Dogg and The Game are among the many notable artists who have condemned the Brooklyn native for talking. In fact, the D-O-Double-G labeled him a “S.N.I.T.C.H.” numerous times.

Despite the potential danger of 6ix9ine’s freedom, he reportedly rejected a chance to be in the witness protection program to resume his formerly lucrative rap career. While in jail, 6ix9ine reportedly inked a deal for two new albums worth $10 million.

6ix9ine dropped his debut album Dummy Boy from jail in November 2018. The album entered the Billboard 200 chart at No. 2 shortly after its release, selling over 65,000 total album equivalent units in its first week.

The DAY69 mixtape was released in February 2018 and peaked at No. 4. It’s since been certified gold by the RIAA. Only time will tell if 6ix9ine will be able to pick up where he left off following this exhaustive case.