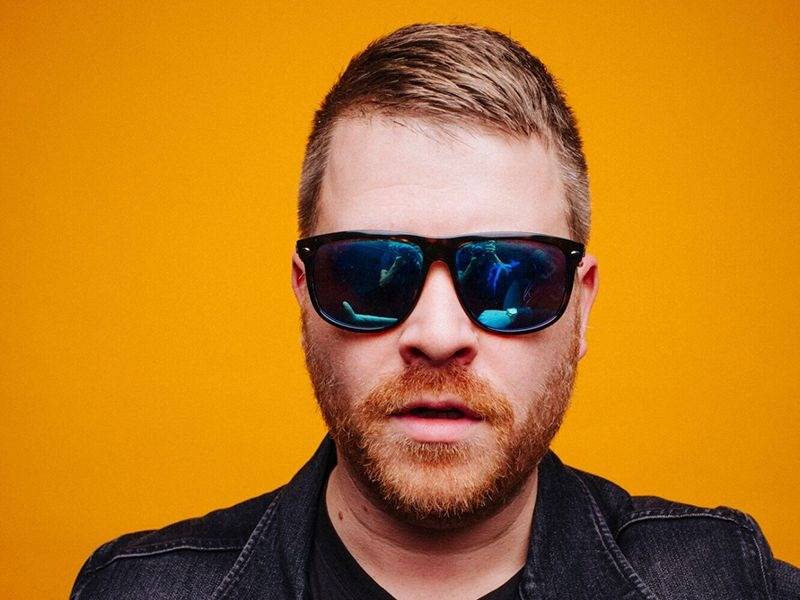 The one and only El Producto, better known as El-P of Run The Jewels, has kicked off an extensive reissue campaign of his entire solo album catalog via Fat Possum Records, beginning with I’ll Sleep When You’re Dead. It marks the first time the album has ever appeared on streaming platforms.

“This record means a lot to me,” El-P said in a press release. “Really, it’s a collection of short stories written from multiple perspectives … different characters living in the same confused, askew city of ‘Poisenville.’ No one is right in these stories and no one has the moral high ground, but everyone is trying to keep themselves from suffocating under the weight of their own reality and faults.”

El-P goes on to describe the various characters that pop up on the 13-track project — from a concentration camp guard to aging pessimist.

“A guy on a train asks a question he doesn’t really want answered,” he continued. “A concentration camp guard flirts with morality and ultimately chooses obedience. An older, pessimistic man thinks he’s doing the right thing by ending his relationship with a younger, optimistic woman but can’t help but self-aggrandize. A young man responds angrily to a draft letter.

“A lost soul is trying to find connections in a party scene only to realize he’s more alone than ever. An atheist makes an emergency plea to god on a plane that he knows he hasn’t earned. A man sits on a Brooklyn stoop at dawn fully realizing his own bullshit self-justifications and rejects them.”

today my 2007 album “i’ll sleep when you’re dead” is out on all streaming platforms for the first time ever. it’s the first release in an extensive solo catalog release schedule with @fatpossum records that will carry on through the next few years and will include digital, physical and deluxe releases of all my solo works. very psyched to share this album again with people who may not be familiar with it and with those that are and haven’t had it at their finger tips for years. thanks to the fat possum crew for taking on the mantle and caring for this stuff and thanks to everyone who contributed to the record. last but not least thanks to everyone who’s been rocking with me over the years ❤️

Ultimately, I’ll Sleep When You’re Dead is about redemption but littered with darkness and doubt.

“It’s about the decision not to succumb to the darkest ideas we have about what we are,” he concluded. “I’ll Sleep When You’re Dead began as what I imagined the city of ‘Poisenville’ was saying to its inhabitants as a retort to being called a ‘city that never sleeps,’ but it ends with the discovery of something bigger than the maze of inner turmoil these characters feel — a resolve to fight for life, even if it’s someone else’s.”

The Company Flow founder’s solo albums, which were originally released on his iconic Definitive Jux label, will also be available on streaming platforms for the first time in 10 years.

Check out the I’ll Sleep When You’re Dead album stream, cover art and tracklist below.