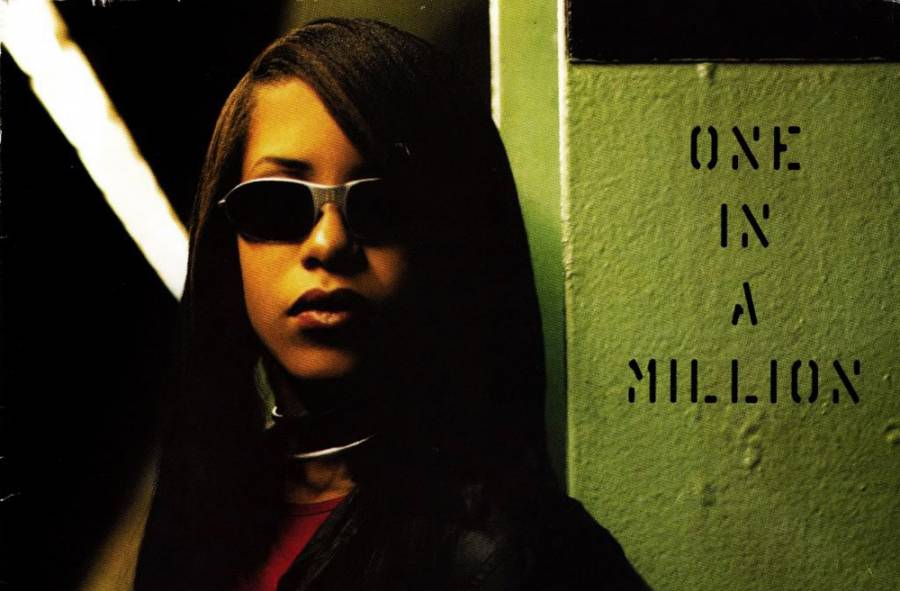 Today’s industry is wholly reliant on streaming and algorithms, which is in some ways kind of amazing. For one, having instant access to back catalogs means that one can explore the timeline of the genre on a whim.

In short, having your music on all the various DSPs is — without a doubt — an absolute necessity. But, what if you aren’t able to make it available?

Here at HipHopDX, we’ve compiled a list of must-listen albums that for various reasons, ranging from master ownership to sample clearances and licensing, aren’t available on platforms — sadly making them not exist to a grand portion of the population.

Drag-On – Opposite of H2O

Drag’s forgotten Ruff Ryders/Interscope debut — following the success of his single “Down Bottom” and features on DMX’s first three solo LPs — peaked at number five on the Billboard’s Hot 200 and was certified gold by RIAA a year after it’s release.

Almost certainly a victim of licensing issues, the duo’s sophomore LP, which included the mainstream hit “Off The Books” featuring Big Pun and Cuban Link, stands as the highest-charting body of work from their catalog.

For those unable to afford the resale price tag for the rare physical copies, YouTube is the only place to hear Flygod’s seminal, sample-heavy classic.

Bumpy Knuckle’s sophomore LP was meant to be his first as a part of Queen Latifah’s Flavor Unit but was ultimately shelved only to see the light over two decades later courtesy of Fat Beats Records.

1999 was a stellar year for Rawkus Records, and — aside from debuts by Mos Def and Pharoahe Monch — Soundbombing II is possibly the best full-bodied encapsulation of the era.

There is a lot to love about the Likwit MC’s Tommy Boy Records debut; Aside from the top-tier bars, there’s a massive amount of production by Evidence (eight tracks worth), as well three joints by Alchemist among others. Also, some fire vintage Xzibit bars.

The saddest part about this album’s exclusion from streaming services is the history it holds in the genre — standing as the only true Juice Crew album, and housing one of the greatest posse cuts in Hip Hop history, “The Symphony.”

Meant to be his debut on the storied Rawkus Records — only to be all but shelved and later (finally) released via Koch — this underrated, filler-less gem of an album was universally praised by critics.

When the Native Tongue crew was “reinstated” in 1996, the JBs’ fourth album offered an updated, maturely polished production sound compared to their bouncy, eclectic sample loops, playful rhyme cadences and Afrocentric aesthetic of the late 1980s and early 1990s.

Masta Ace – Take A Look Around

The Brownsville, Brooklyn MC was the first to be heard on Marley Marl’s epochal “The Symphony” and began his solo career with influential rhyme patterns, humor, acerbic battle rap prowess, and political awareness in rap’s most popularly conscious era.

The fight continues for this legendary trio versus its original label Tommy Boy Records to have for fans enjoy the legally forbidden fruits of their labor from the first half of De La’s 30-year career including its 1989 landmark debut 3 Feet High & Rising, De La Is Dead (1991), Buhloone Mindstate (1993), Stakes Is High (1996), Art Official Intelligence: Mosaic Thump (2000), AOI: Bionix (2001).

Lā The Darkman – Heist Of The Century

One of the youngest and lone midwestern Wu-Tang Clan affiliate released his debut solo album near the tail end 90s heyday with his incisive storytelling with a balance of aggressive, punchy beats and bluesy, melodic production from 4th Disciple, Cypress Hill’s DJ Muggs, RZA, Mobb Deep’s Havoc and Six July.

Pharoahe Monch and Prince Poetry were the seminal Queens, New York duo who helped planted the seeds for fast rapping MCs and conceptual songwriting in their pivotal debut and sophomore albums in 1991 and 1994, respectively, that legendary acts such as Nas, Outkast, Eminem, and Kendrick Lamar co-opted and eventually became commercially palatable.

Released: 1991 & 1994
Notable songs: “Fudge Pudge” f. O.C., “Releasing Hypnotical Gases,” “Wrong Side Of Town” and “Roosevelt Franklin” from Organized Konfusion; “Stress,” “Bring It On,” “Why?” and “Stray Bullet” from Stress: The Extinction Agenda.

Two decades before DJ Khaled’s reign, Virginia native Timbaland was Hip Hop’s most sought-after studio producer. Taking Quincy Jones’ concept from his Grammy award-winning album Back On The Block (which billed the studio producer as headlining artist over his clientele), he fused an all-star lineup including Missy Elliott, JAY-Z, Nas, Ludacris, Twista and the late Aaliyah for his debut solo album.

Dismal album sales of the Detroit rap god’s debut album Infinite doesn’t translate to the quality of Eminem’s pre-Slim Shady days before he stormed back with a vengeance on the music industry and pop culture at large in the early 2000s.

MC Lyte – Eyes On This

The original femme fatale turned heads and reloaded her arsenal on her sophomore album with a sharp wit, thick-as-molasses funky production and inspired a generation of female rappers including her fellow Brooklynites Lil Kim, Foxy Brown, and contemporaries such as Nicki Minaj and Rapsody.

Before the often elusive Frank Ocean sealed his place in music with the seminal Channel Orange, his Nostalgia, Ultra mixtape (which included the smash “Novacane”) put him on the map — catching the attention of Kanye West, who gave the singer a spot on Watch The Throne. He’s essentially been a superstar ever since.

Arguably the artist formerly known as Mos Def’s second-best solo album, after his classic 1999 debut Black On Both Sides, the title’s multidimensional meaning was inspired by a 2002 novel of the same title. In a recent interview with Vibe, he touched on why the album is no longer streamable: “The ownership of that album has come out of the hands of the corporation that owned it, previously … that’s why it’s not there anymore.”

Aaliyah – One In A Million & Aaliyah

At this point, not being able to freely explore the catalog of such an enduring legacy artist is silly; One In A Million was not only a breakthrough for the singer but a massive milestone for both Timbaland and Missy who wrote and produced a large portion of the LP. Her follow-up, the self-titled Aaliyah was released five years later — a month before she was killed in a plane crash.

It was the shot heard around the (Hip Hop) world. Kendrick Lamar’s verse on “Control” was one of the most triggering assembly of bars over the past decade. It was originally set to appear on Big Sean’s sophomore LP Hall of Fame but was removed at the last minute amid sample clearance issues.