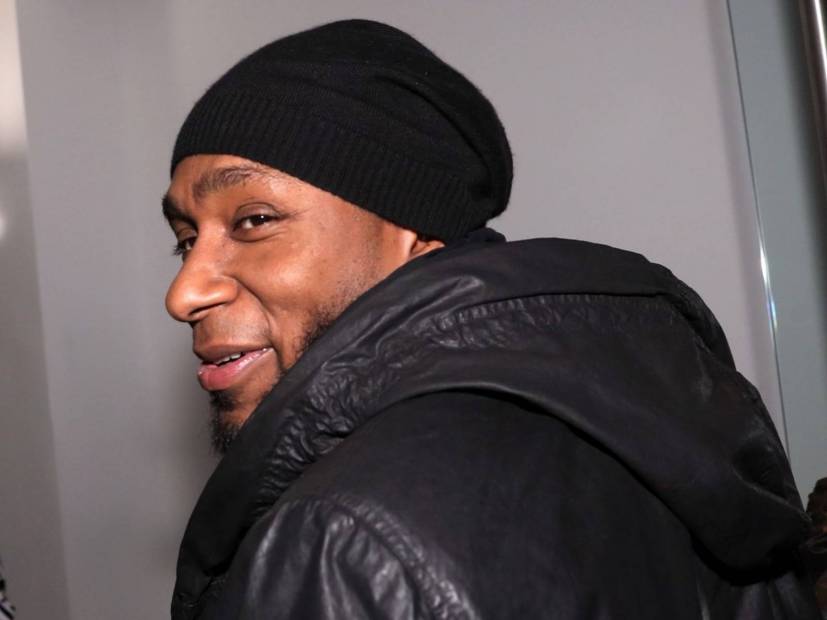 An interview with Yasiin Bey is a rarity. His unavailability to the press and virtual silence on social media add additional layers to his already mysterious persona.

But Vibe’s William Ketchum managed to land 45 minutes with the elusive MC to discuss yasiin bey: Negus, a listening installation combining visual art from Bey and his friends with a new, unreleased album.

During the conversation, the Black On Both Sides mastermind revealed he was sitting on a vault of unreleased material from Black Star, Mannie Fresh, Madlib and DOOM, among others.

“I have these really special projects,” he said. “I still have them — Black Star, Mannie Fresh, stuff with me and DOOM on the low. I have stuff with me and Madlib, I work with [Robert] Glasper and Trill. But it’s all for me, and solely for me, it’s about a matter of placement. Where things go. For me, these works are living organisms. Putting them in the proper environment is just as key as making useful work.

“So for me, where it goes is just as important as what it is, particularly at this point. To some degree or another, it’s always been that way for me. Who are our partners in this? What are our shared objectives and goals? How are we looking at this? Are we making the same movie, film, album, concert? What are the principles of importance to us as a group?”

When pressed about the DOOM collaborations, Bey doubled down, saying, “I have some unreleased music with DOOM, and I have unreleased material that I’ve been doing at different performances and venues, which I do like to do. I like to be able to write something and perform it shortly thereafter. It shows the body of the work, really putting it out there to engage with the audience that’s never heard it before.

“They have to come with another sort of openness to it. It’s that visceral response. After the first four to eight bars, if they’re with you, they’re with you. If they’re not, they’re not. So you get to see how the work connects. And even when it doesn’t quite connect, it’s just small adjustments that needed to be made, nothing major.”

Later in the conversation, Bey explained why The Ecstatic is no longer available on streaming platforms. Released in 2009, the project served as Mos Def’s fourth studio album and included production from reservation, Mr. Flash, Oh No and Madlib,

He noted there would be other ways to consume the project in the future.

“The ownership of that album has come out of the hands of the corporation that owned it, previously,” he said. “That’s why it’s not there anymore. But there’s still opportunities for people to hear it in other mediums, and the team is putting those things together. We’re quite happy to be in the position to present that particular project in another dynamic way.

“Perhaps there’s a situation with streaming services, of course, the platform offerings, that are amenable to what we’re trying to achieve and what we’re trying to do. As I said to you before, I think there’s room to adjust whatever elements there that may be causing friction or tension between the technology strata and people in the creative field, or the people who are making content as opposed to people who make the algorithms and the content that these things are shared over.”

The Brooklyn premiere of yasiin bey: Negus opens today! Book your advance ticket to step inside bey's listening installation of his latest studio recording, which will not be released in any physical or analog mediums. Better yet, become a Member and listen to if for free! We're also celebrating Negus's opening this Saturday with a dance party featuring bey's friends and collaborators—but purchase your ticket soon because sales end at midnight! Check out link in bio to learn more. #yasiinbeybkm⁠ ⁠? Tiffany Sage/BFA.com

Overall, there’s a sense Bey is reveling in his legendary status but grateful at the same time.

“But everything I say, I try to do. But it’s coming together. Certain things I’ve tried, they haven’t worked, or they got soft starts. But I’m an explorer, you know? (smiles) Let’s have an adventure, and see what we can discover. We already know what we know, let’s find what we can discover. That can be a bit scary at times, but I think it’s working out.”

Madlib recently confirmed the nearly mythical Black Star album was in the mixing stage. No release date has been announced.