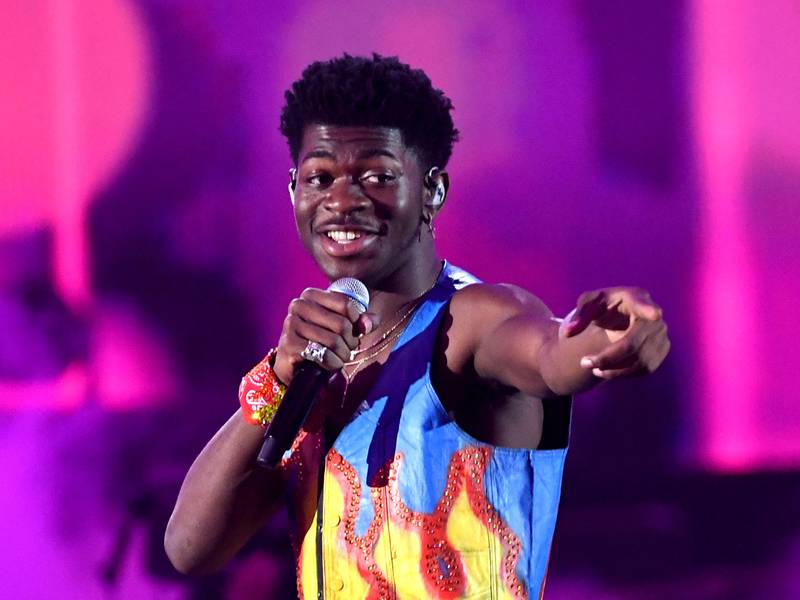 But unbeknownst to the thousands (even millions) of people who embraced the song, “Old Town Road” features an obscure sample from Nine Inch Nails’ 2008 instrumental “34 Ghosts IV.” Frontman Trent Reznor and his frequent collaborator Atticus Ross are actually credited as songwriters.

In a recent interview with Rolling Stone, Reznor was surprisingly pleased with how Lil Nas X used his work.

“At first, when you hear your stuff turned into something else, it always feels awkward because it’s something that intimately came from you in some way,” he said. “[It] feels strange at first. But I thought he did a good job with that.”

Reznor acknowledged the song in August, shortly after “Old Town Road” received a Country Music Award nomination. Reznor shared a photo of himself and Ross looking like they just got off a horse. Their heads are actually photoshopped on the bodies of famous country duo Brooks & Dunn.

“New world, new times,” he wrote in the caption.

Elsewhere in the interview, Reznor explained why he’s hasn’t spoke publicly on the success of the “undeniably hooky” song until now.

“The reason I haven’t stepped in to comment anything about it is, I don’t feel it’s my place to play any kind of social critic to that,” he said. “It was a material that was used in a significant way and it turned into something that became something else, and those guys should be the ones the spotlight is on…. They asked if I wanted to do a cameo in the video, and it was flattering, and I don’t mean to be disrespectful, but I don’t feel like it’s my place to shine a light on me for that. I say that with complete respect.

“Having been listed on the credits of the all-time, Number One whatever-the-fuck-it-is wasn’t something…I didn’t see that one coming,” Reznor continued. “But the world is full of weird things that happen like that. It’s flattering. But I don’t feel it’s for me to step in there and pat myself on the back for that.”