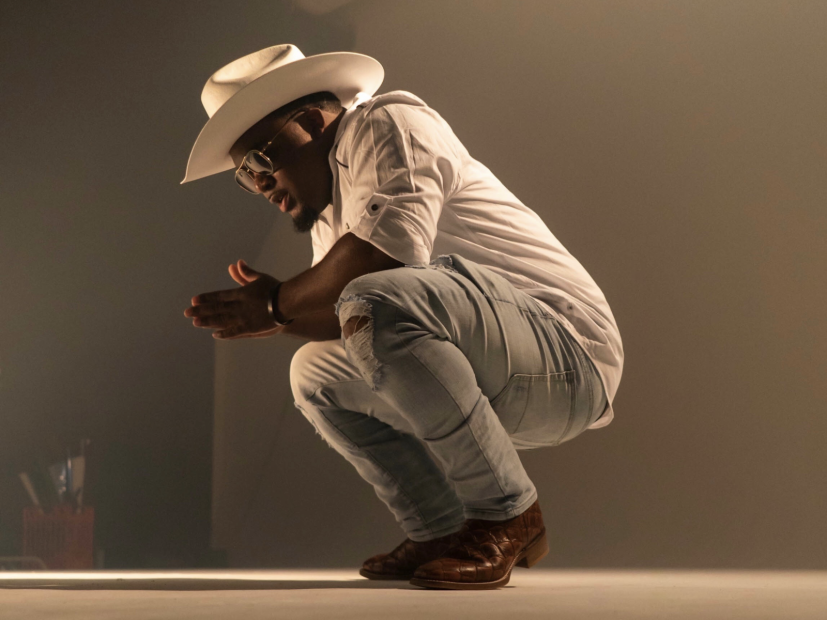 Despite some of the criticisms directed at Lil Nas X, horses, barns and rap music isn’t a new gimmick.

From The Fugees to Bone Thugs-N-Harmony to Brand Nubian’s Sadat X, the Hip Hop cowboy craze has been tackled by even the most reputable artists within the space. Hell, at 20 years old, Kool Moe Dee’s “Wild, Wild, West” single has the youngsta in age by over a decade.

It’s why Fly Rich Double is fully predicting his brand of Hick Hop (also not a new notion) music will shoot straight to whichever chart is applicable these days.

In this DXclusive convo, the Mississippi native retraces his country roots and explains why he still respects the culture (regardless of the criticisms you direct at him).

HipHopDX: I’ll get straight into it. Who came first? You or Little Nas X?

HipHopDX: Tell me about it. What propelled you to be a cowboy in a Hip Hop arena? The two don’t really have a long-standing or a substantial relationship, so what made you want to fire up your tractor, so to speak?

Fly Rich Double: I got to say, in one word, Mississippi. I’m from Mississippi, and you know
… that’s all I see out here, man. Because you drive somewhere, you don’t see nothing but farmland and tractors. We ain’t got no skyscrapers and stuff like that.

HipHopDX: What part of Mississippi you from?

HipHopDX: Word. You have a… You have any issue with Nas X taking it global like that, or is it just something that represents the country people as a whole? How do you feel about it?

HipHopDX: No. That’s what’s up. And I know you happy with the hick-hop album. There’s not a lot of hick-hop in existence, but I know Bubba Sparxxx put it down and everything. In your opinion, what is hick-hop, for anyone who doesn’t know?

Fly Rich Double: All right. When you just rapping about the country life that other people don’t rap about. What country singers… they sing about, we rapping about it.

HipHopDX: That was good. Your fellow Mississippi titan Big K.R.I.T. gave an example that he said that there’s a complete difference between country and southern. Like country music, country Hip Hop and Southern Hip Hop. When it comes to the country, he said it’s more like rough roads and talking about the conditions of the living; the way life.

✪ The Start Of Something Amazing ???

Fly Rich Double: Yeah. It’s different. I understand what he’s saying because it’s different out here, man. People where we drive, how we… what we put in our cars. How we ride our rims. That’s what we rap about, and it’s just different.

What we eat is different. It’s just different down here.

They just look down on us because they ain’t never seen it… the people up north.

Fly Rich Double: That’s the only way they going to take you seriously is if you pop off. I mean, you got to have numbers. You start off with the kids. You make the kids respect you, they ain’t got no choice but to respect you because the kids is what makes you the money.

The kids going to want what they want. You can’t tell them no. So that’s what make grown people respect you, when the kids love you. So honestly, if somebody want to be successful, they’ll take their approach with the kids, you know? They doing something like I’m doing.

But if the kids love you, they can’t get away from you. They always going to hear it.

HipHopDX: That’s a good point. Speaking of which, are you on TikTok?

Fly Rich Double: Yeah. I’m on TikTok, just a little bit. Not a lot though. I got to start using it.

Fly Rich Double: I promise. I seen that. He went crazy, though. When I first heard the song, I knew it was going to blow up.

HipHopDX: Now that the door’s open, as you say, what can we expect? I know you got the strings popping on … “My Tractor”. That’s popping off, and now what? Are you doing a remix with all the country rappers? Are you dropping a new album? What do we have in the pipeline?

Fly Rich Double: Oh, yeah. We definitely got a new album coming. We got new collaborations coming. There’s… Oh. It’s about to be huge.

HipHopDX: Are you signed with a label? Are you trying to get a label?

HipHopDX: Is that a dream of yours to be on a major label, or do you think you could do the exact same thing? What’s your current situation?

Fly Rich Double: You can get a lot of money without a label, so that’s not really my goal.

HipHopDX: Do you have bars? You’re a record-maker. You make records. You make songs. But outside of that, if anyone asks you could you rap, could you spit?

So that’s how I describe it. I’m not a rapper. I’m an artist.

Stream Fly Rich Double’s “Firefly” single down below and follow him on Instagram @flyrichdouble for more trap cowboy updates.