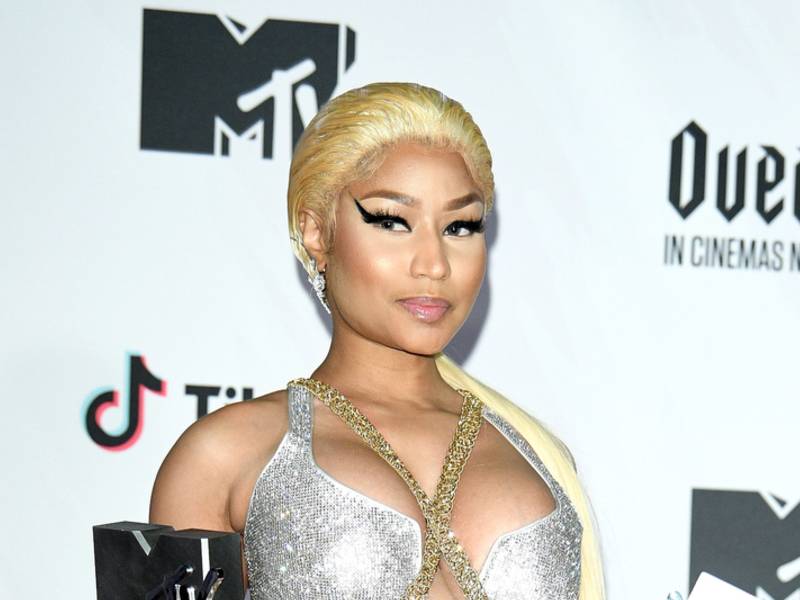 On Thursday (September 5), Nicki Minaj surprised her legions of loyal fans by announcing she was retiring from the music game so she can start a family.

Later that evening, Nicki deleted the tweet announcing her retirement and answered a series of tweets from fans wondering why their fave’s bowing out the game.

“I’m still right here,” she tweeted Thursday night. “Still madly in love with you guys & you know that. In hindsight, this should’ve been a Queen Radio discussion & it will be. I promise u guys will be happy. No guests, just us talking about everything. The tweet was abrupt & insensitive, I apologize babe.”

Kifano “Shotti” Jordan, ex-manager of disgraced rapper Tekashi 6ix9ine, was sentenced to 15 years in prison during a hearing at Manhattan’s Thurgood Marshall Courthouse on Friday (September 6).

Jordan was arrested along with 6ix9ine on federal racketeering charges last November. He pleaded guilty to firearms offenses relating to two different violent incidents in March.

Jeezy revealed how Kanye West’s hit song “Can’t Tell Me Nothing” was originally meant for his album The Recession during a visit to the DX office in Hollywood.

“‘Wait Until I Get My Money Right’ was a song with me and T.I. for my album, The Recession,” Jeezy explained. “I sent it to Ye and [he] put a verse on it but wanted to know who produced the record.”

Jeezy told Kanye that DJ Toomp was the original producer, had him make a few adjustments and the rest was history.

Read more about how Jeezy’s record turned into Kanye’s here.

DX caught up with Trippie Redd to talk about the making of his album ! and learn how the “Fuck Love” collaboration between him and XXXTENTACION happened.

“I was staying with him in Miami,” Redd recalled. “I was there just at his place, chillin’ n’ shit. I lived with him for a little. I had went to the studio with him. We heard the ‘Fuck Love’ beat. He wasn’t fucking with it like that. I asked the producer to give it to me, I ended up going to Lil Wayne’s studio, and I recorded the song there. That’s when I made the chorus. And the next day I made a little Instagram video with it, and [X] saw it and was like ‘send this to me for my album’ and I sent it to him, and he finished it.

Skyzoo spoke to DX about working with Pete Rock on his new project Retropolitan, which is due out later this month.

“The album is a very New York album — on purpose,” he noted. “When you’re working with somebody like Pete Rock, that’s what it’s going to be,” he says. “As opposed to just the feel, I wanted to make it about New York. A lot of these songs are about the city back then … the things that happened, the things that were going on and how they affect certain things now.”

Def Jam co-founder Russell Simmons is calling for action in his hometown of Queens, New York in the aftermath of multiple shooting deaths.

“Today, I am asking for all of my Queens Congressman, council members, community members, rappers and Hip Hop success stories to join me in helping Life Camp expand their good work,” Simmons told DX. “I promise to donate more and support more than I have in the past. The time is now. What will you do?”

Check out the discussion about Nas, Future and Lonzo Ball here.