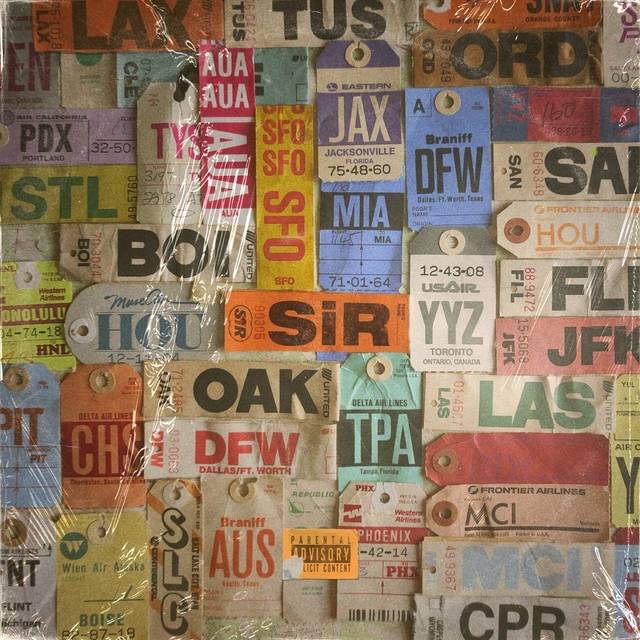 Top Dawg Entertainment has grown significantly within the past several years outside of housing the best artist from the West Coast. This includes adding more contemporary R&B acts including SZA and Zacari alongside the label’s soul music nucleus SiR.

The Inglewood-based singer/songwriter already enjoyed significant writing credits before dropping his breakout Seven Sundays album in 2015. Signing to TDE, dropping two buzzworthy EPs and a sophomore album seemed like a suitable career trajectory for someone who already had writing credits with notables from Anita Baker to Stevie Wonder.

Over a year and a half since November SiR maintains artistic credibility on Chasing Summer. An album filled with some engaging songwriting choices, masterful vocals, great guest features and production that blends cool alternative West Coast vibes with silky sounding instrumentation, SiR creates a body of work that ranks amongst the most polished R&B and soul releases one will hear all year.

The album opener and lead single “Hair Down” packs the right amount of bounce for SiR to yearn for mental self-assurance through warm black vernacular with a chorus explaining “Baby, I’m just tryna let my hair down / Everybody’s watching, I’m aware now / But I can’t find a reason I should care now.” Chasing Summer most ambitious songwriting moment follows with one of the best King of The Hill references in Hip Hop “John Redcorn.” Relating to the popular series’ lead side-dude for nearly four seasons, SiR manages to emotionally connect with that type of loneliness over bluesy production from Kal Banx & Jeff “Gitty” Gitelman.

Another television series, I Love Lucy, gives way to the Lil Wayne-guested “Lucy’s Love” which conceptually would have worked if Tunchi didn’t sound so lazy when he spits stuff like “I put my babies in her mouth / When she yawnin’ they’re reborn.”

Chasing Summer peak writing moment shines brightly on the Smino-assisted “LA Lisa.” The danger and excitement of engaging with a woman “ in love with the street life / Used to seein’ niggas, tuckin’ the heat right / Loud parties and street fights” and currently “in need of seating.” That quirky self-awareness always underlines the emotionally soulful moments always manages to shine through even with Smino comically singing “Get a little ratchet, stay over color, your box / Don’t tell your daddy, he might go Crayola ” Holding everything together is longtime collaborator D.K. The Punisher and Bradford Tidwell dynamic slowed funk that should put a smile on any Soulquirian’s face.

Even “That’s Why I Love You” questions of finding love in a purely sexual relationship has SiR conceptually making the “can we / should we” R&B trope his own thanks to silky vocals from Sabrina Claudio. As he settles for “I never wondered what this could be / I just fuck you and leave” Claudio uses “You never wanted nothing from me / I sit on it and leave” to explain mutual feelings.

Despite already working together on the songwriting tip, hearing Jill Scott on “Still Blue” serves as a soulful bridging-the-gap through inspired production from Sounwave and J.LBS that sounds like something that would fit well on her classic Words & Sounds Vol. 1. Boi-1da and Nick Brongers deliver Chasing Summer’s most deliberate banger and most unique usage of SiR’s vocal ability, “Touchdown,” has the singer promising a woman “I’ma get you open, one day at a time / Put that on God, man, I put that on God.”

Still, there are moments where Chasing Summer feels a bit uninspired. See the smoked-out and sex-fueled “Fire” including cringe-worthy lyrics like “Baby, you’re the finest / Pussy taste like diamonds.”

SiR makes some risky creative choices in Chasing Summer that pays off and pushes him into a new creative plateau of Los Angeles’ alternative soul sect inching toward mainstream.