Review: Jidenna's Nomadic Career Is Reflected Well In "85 To Africa" 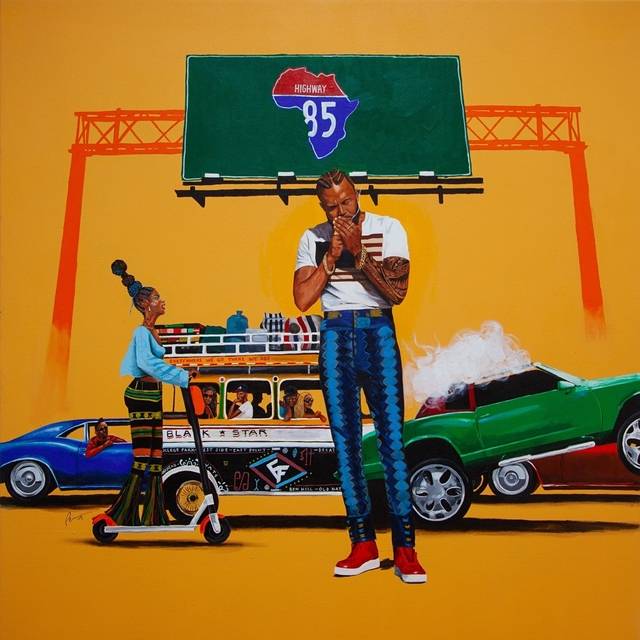 Jidenna’s second album, 85 To Africa, often boasts a carefree mood. You might not guess it was born from an experience that was likely equal parts enraging and embarrassing. One morning, the rapper/singer was awoken by “frantic knocking” on the front door of the suburban Atlanta mansion he’d been subletting and was greeted by a quartet of police officers. His crime? Living in a house owned by someone who defaulted on their mortgage payments.

A Grammy-nominated artist who’s collaborated with the likes of Janelle Monáe, Jidenna had been evicted — through no fault of his own. Having spent a portion of his youth in Nigeria, he ended his tour in Africa, and resided in Nigeria, South Africa, Mozambique and Swaziland, as he told The Breakfast Club. What was literally a rude awakening had become a source of soul-searching, both mentally and creatively.

The album’s first two tracks are when Jidenna really lays into the concepts of displacement and what they mean for black people. Opener “Worth the Weight” features Fela Kuti’s son, Seun Kuti, addressing the African Diaspora and championing unification for black people. On the excellent title track, Jidenna presents some of his fiercest verse-spitting, even throwing in some Spanish. The instrumental solidifies his passion for empowerment with fanfare horns, deep bass, and crisp drums.

A very telling line is heard on “Worth the Weight”: “Ain’t no time for bein’ subtle.” Jidenna’s not kidding, as his lyrics aren’t full of many complexities or even moments of cleverness. It’s mostly able to skate by on the back of his charismatic performances and strong backing tracks, particularly on the more Afrobeat-centric cuts. Sometimes, the shoddy writing is too egregious for him to emerge unscathed, such as “Fake woke n****s nappin’/Tuck ’em in like a napkin” (“Tribe”) or “The world is fucked up/So we fuck our way through” (“Sou Sou”).

A lot of 85 To Africa also concerns love. While Jidenna’s discussion of the subject is mostly concentrated on infatuation, he’s still able to give these songs unique, if familiar, energy. The Latin guitar melody and spiritual focus make “Sufi Woman” a standout. On “Vaporize,” his seductive charms are furthered by the saxophone and flute accompanying him.

While many of these songs are endearing, there are some feelings of missed opportunity to really get into the heart of who Jidenna is and what he’s been going through. On the penultimate track “Jungle Fever,” he gives some info about how his parents met and made him. (“And they end up in the land of jungle fever/Too much gin, one day, the bed rumbles”). He talks a bit about his childhood, but that’s not until after he’s given his mom and dad’s background. Even when Jidenna’s telling his story, he can feel like he’s forcing himself to play second fiddle.

There’s no sense of shyness in Jidenna when he performs, his vocals ringing out proudly and loudly at the top of the mix. But he might be holding himself — and his music — back by not presenting himself as boldly as he could. He can use his voice for rapping and singing, but he’s still getting the hang of using it to truly deliver a message.