Review: Young Thug Slithers To Success On "So Much Fun" 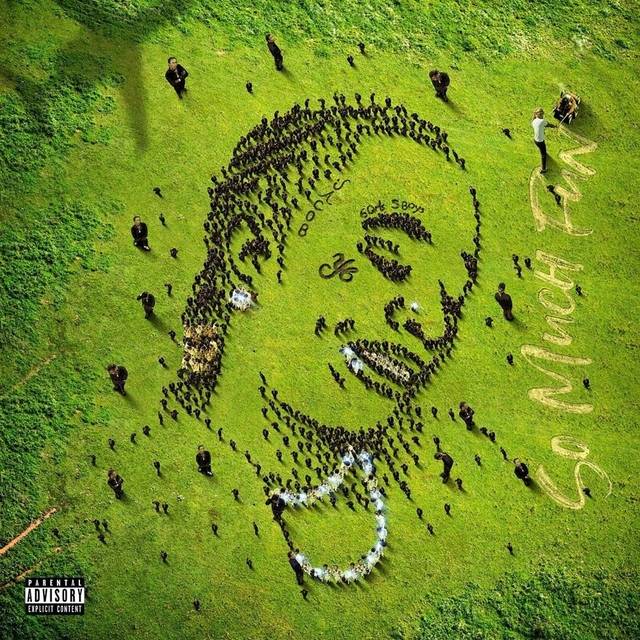 There are just so many questions that come to mind when pressing play on any Young Thug song. These include but are not limited to: Is there a beat he can’t flow on? What genre is this? And of course, the obvious “what the hell is he saying?”

The unanswerable nature of these questions is likely what deters the mainstreamers from being sold on Thug as one of today’s musical icons at the height of their powers. While the die-hard, cult-like fanbase he’s amassed over the past five years are quick to label him as a genre-bending badass trapper, the masses might only know a few rhyme words on his “Havana” verse and keep it moving. But all the snakes have aligned on his “debut” album So Much Fun – and any Young Thug deniers might be snakebitten.

“Debut” is prefaced with quotations because he’s released over 20 mixtapes, EPs and compilations over the length of his career – most of which boasting album-level quality and consistency. So Much Fun popped up practically out of nowhere and to everyone’s surprise it’s debatably his best release thus far; and he knows it.

On album opener “Just How It Is” he promptly declares his dominance and acknowledges his most notorious critiques: “G.O.A.T. talk of the century/No time for gibberish, all the critics hearin’ this.” Consequently on the songs second verse he audibly gets off some of his best rapping to date with layered lines like “I got lights on, baby, I got moths in this bitch/No fly zone, caught you like you’re Moss in this bitch” wrapping effortlessly around the simple guitar plucking instrumental.

As much as Thugger plays the role of snake charmer on this album, hypnotizing listeners with his signature delivery and cadence, there is also some overlap in creativity. “Jumped Out The Window” is a perfect example of song that was added into the 19 song tracklist for streaming sake. It, along with “Cartier Gucci Scarf” could have very well have been YSL compilation album tracks that were left on the cutting room floor. But other than that small handful, Thug is firmly tucked in his bag for the entire hour.

Listeners that are fans of the outlandishly zany Thugger that can barely make out his syllables will enjoy tracks like “Light It Up” and “Lil Baby” while those with a deep desire for overtly audible hit records need look no further than “Bad Bad Bad” with Lil Baby and the album’s crown jewel with Lil Uzi Vert “What’s The Move.” There is quite literally every version of the ATLien’s God-given instrument on this album.

With that said, Thugger has performed vocally like this before on Jeffrey, lyrically like this on Slime Season and emotionally like this on Beautiful Thugger Girls but not consistently have they all converged together like this, forging the ultimate Young Thug Voltron. Plus, this top-notch performance has been spread across such perfectly paced beats. Quite literally, the production on this album is just a blast. The usual suspects including Wheezy, Nils, Pi’erre Bourne and BLSSD nab the production credits but they all must have simultaneously sent Thug a pack of their best beats in years. The aforementioned cuts slap like a belly flop to the ears but “Hot” and “Surf” (both featuring Gunna) should also contend for beat of the year.

Not to mention album closer “The London” which is already a certified hit.

What’s the point of this album, one might ask. Well, the clue is in the name; So Much Fun. It’s crystal clear that Young Thug stepped up to the mic with one goal in mind and that goal was to make music he enjoys making. From tongue to tail this album relentlessly lets fans know that Thug can slither to success in many different facets of rap. Just when the album’s hit heavy first half closes and the bizarre deep cuts start, he’s right back with charting tracks for the masses before you can say “slatttt.”