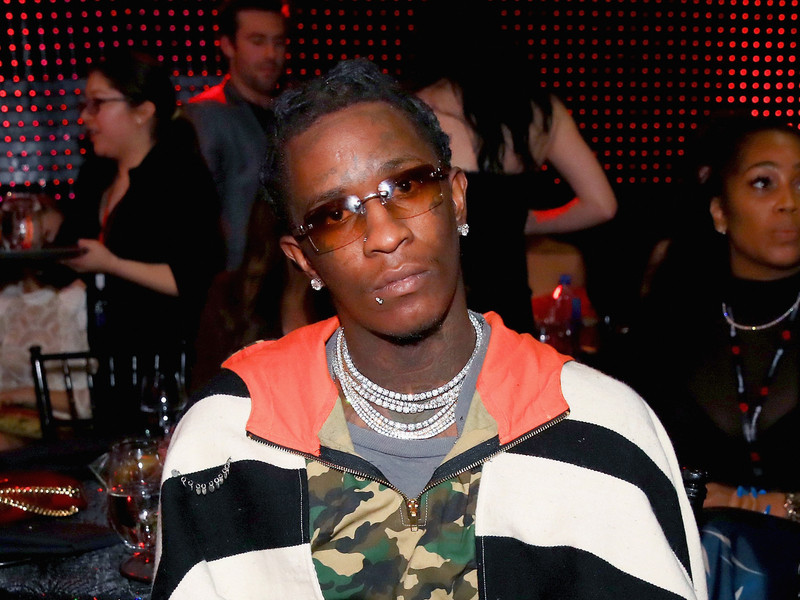 Young Thug sat down with Big Boy for an interview on 92.3 FM The Real Los Angeles earlier this week to discuss his upcoming collaborative project, Super Slimey 2. During their conversation, the 28-year-old ATLien explained why he believes Lil Wayne isn’t a Thugger fan.

“I don’t think that nigga like me,” he said. “He don’t like me. I think it’s because he just been with Birdman his whole life and he’s just so spoiled to the point where it’s like … he’s really spoiled. He’s been a millionaire, he’s been a superstar since he was 9 years old. So he don’t know nothing but his way. [The reason why he dislikes me] probably has nothing in the world to do with me.”

The platinum-selling rapper also set the record straight regarding his sexuality.

Anyone who remembers the cover art for 2016’s Jeffery remembers the controversy surrounding his choice of clothing. In the photo, he’s rocking a purple Alessandro Trincone dress, leading many to assume he’s gay.

Elsewhere in the interview, Thug praised Lil Nas X for coming out once again, showed his support for YFN Lucci and explained why he will never make another song with Rich Homie Quan.

Check out the clips below.