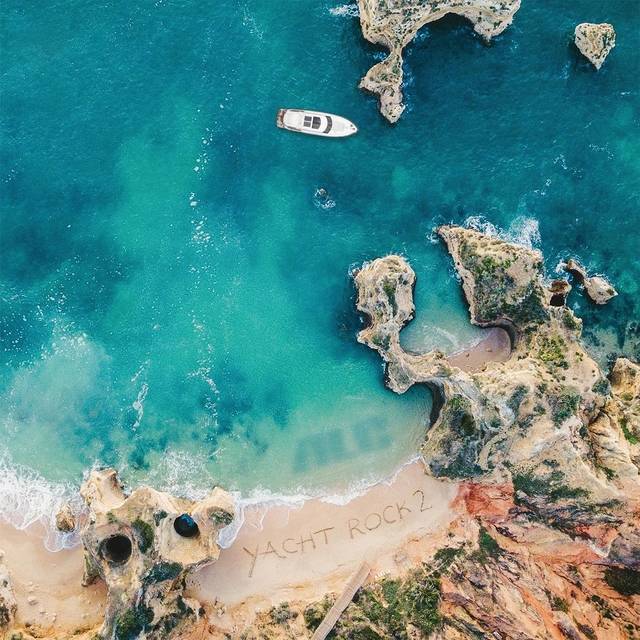 Believe it or not Hip Hop and yacht rock have been intertwined for some time now. From Warren G’s Michael McDonald sample of “I Keep Forgettin’” on the Nate Dogg backed-“Regulate” to De La Soul’s use of Steely Dan’s “Peg” on “Eye Know,” Hip Hop artists have taken elements from yacht rock, a genre developed in the late ‘70s featuring smooth basslines, harmonic pop hooks and polished instrumentation, more than some may think.

So, it’s no surprise prolific producer Alchemist has dedicated a whole album to the fusion of the two genres.

This time, Alchemist extends the voyage of 2012’s short-EP Yacht Rock for a more complete experience on Yacht Rock 2.

The beat virtuoso takes the listener straight to the ocean with shimmering synths, aquatic piano and laid-back strings that would make Christopher Cross and Kenny Loggins proud.

The tone of the succinct project is set immediately with “Uptown Aquarium,” backed by smooth bass, light keys and an aggressive yelling, spoken-word feature from Big Body Bes, contrasting well alongside the calm vibe with lines like “I was raised in an aquarium/ I was born in the bottom of the ocean/ I was born under the sand/ You must be out your muthafuckin’ cranium.”

Boldy James comes through with a solid verse on “Ocean Prime” throwing in as many references to being on the water as possible ranging from being deserted on an island to taking Dramamine to prevent seasickness.

Griselda Records’ Westside Gunn, Conway The Machine and Benny The Butcher steal the show, with the trio using their verses to deliver a storm of grit to the mostly calming waves of tracks. Alchemist darkens the production when the Buffalo natives jump on the mic. The Butcher teams up with Elcamino on “Sand Castles,” taking the boat off course and into the rough waters as they rap about selling drugs and the street life. Benny paints the picture of the street hustle with bars like “I run around with this big Glock/ Drive through Cleveland with a brick, hit your town for a pitstop/ You know that swish shot?/ It make the same sound when my wrist lock/ Back when y’all was piss pots/ I had a fork in my hand, pulling powder out fish pots.”

Conway and Westside Gunn continue the detour on “Eastside” with street raps about trappin’ and homies doing jail time, complemented by a killer guitar riff. These two tracks feature some of the best performances on the record as each artist completely changes the tone, standing out from the pack. From there, skies brighten and the waters calm down as Alchemist brings on Big Twins for a short and raspy verse on “Billy Dee” closing it out with an elevator music-esque outro on “The Floating Hotel,” docking the boat and returning to shore.

Overall, Alchemist’s beautiful production carries the majority of this project with each track’s potential only being reached when the featured artist distinguishes themselves enough to stand out. The concept is followed almost too closely at times and at other points abandoned altogether. Action Bronson’s quick hit verse on “Tropical Storm Lenny,” is passable, but ultimately a forgettable entry from one of the most notable features on the list. On tracks like “Harry O.” the shorter song strategy backfires as Roc Marciano barely gets any time to drop a verse before the track fades out.

Other times the production itself swallows the featuring artist like on “Sex in the Fountain-Bleu,” with Meyhem Lauren clashing with the high-pitched synths.

Despite some inconsistencies and varying level of performance, there’s no denying the exuberant ride Alchemist’s latest experiment takes you on. It’s a short voyage, but ultimately a satisfying listen to close out the summer.