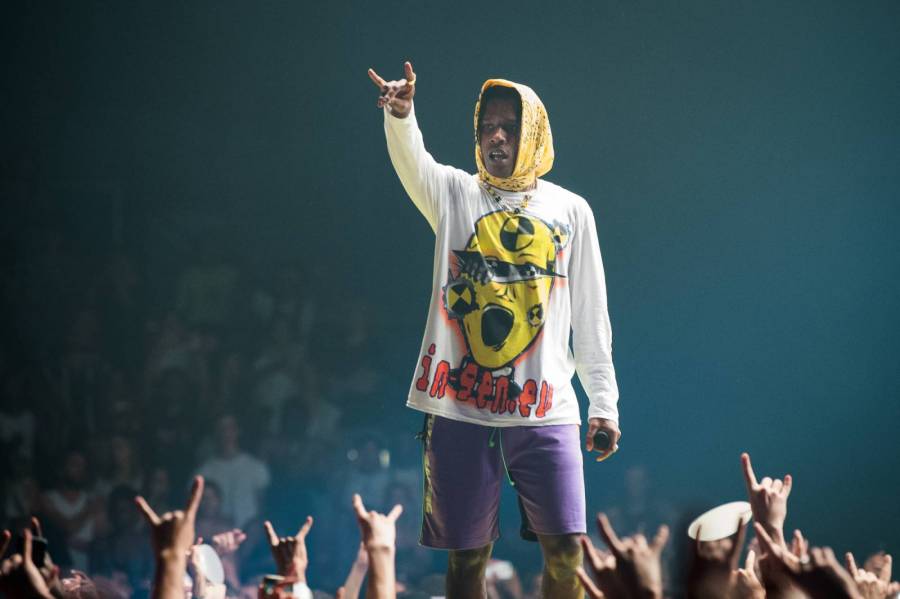 Stockholm, Sweden – Swedish supporters of A$AP Rocky have joined the United States in protesting for the freedom of the famed rap artist. Fans have displayed posters all over Stockholm and are taking pictures with them for social media awareness.

Smash Fest, where Rocky last performed before surrendering to authorities, launched a #JusticeForRocky campaign in the country’s capital. According to TMZ, the leaders of the festival printed out thousands of posters that read “FREE A$AP ROCKY ASAP.”

The festival campaign was created to show support and solidarity with Rocky fans across the world. Shortly after the posters were revealed, many of them were taken down, although Smash Fest printed out more and quickly replaced them.

The Harlem-born rapper was initially arrested on July 2 for the alleged assault. Rocky shared video of the incident online prior to his arrest.

Rocky asserts the alleged victim continued to follow him and his crew for blocks while slapping at least one woman on the butt. Since the arrest, many public figures have called for Rocky to be released, including Kanye West, Kim Kardashian, Donald Trump, G-Eazy, Jada Pinkett Smith and more.

Prosecutors are expected to formally charge Lord Flacko with aggravated assault later this week. If convicted, Rocky faces up to six years in jail.