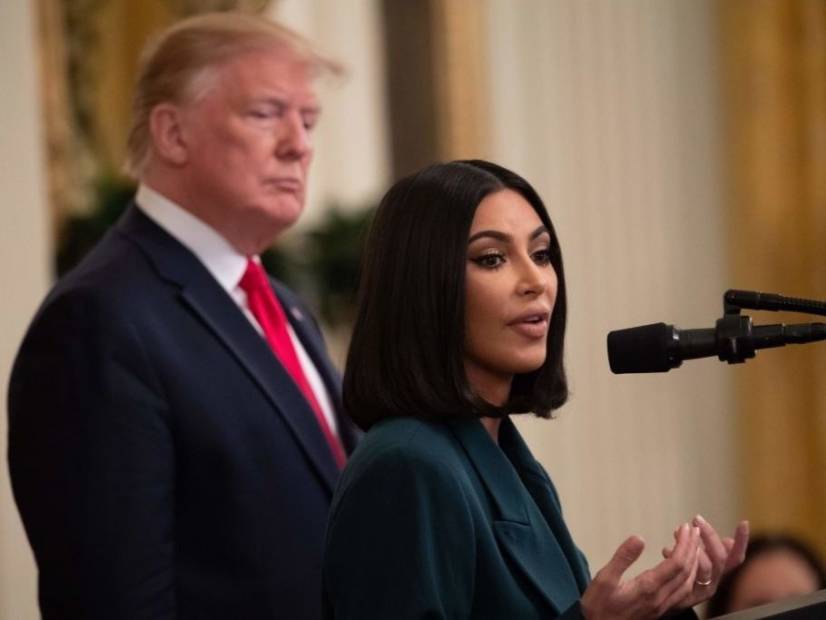 Kim Kardashian is continuing her criminal justice reform crusade as she meets Donald Trump to assist in A$AP Rocky’s detainment. According to TMZ, Kanye West, known Trump supporter, encouraged Kardashian to set up the meeting with the President.

The reality TV star called Jared Kushner, Trump’s son-in-law, and educated him on Lord Flacko’s arrest. Kushner then informed The Donald, who believed something wasn’t right about the incarceration. Trump then alerted Secretary Of State Mike Pompeo to take action and a representative from the department is scheduled to arrive in Sweden on Thursday (July 18).

Rocky was initially arrested on July 2 for an alleged assault. Video of the attack was posted online, which captures the 30-year-old rapper and his crew attacking a man in the street. Footage also shows beforehand the suspected victim following Rocky and his entourage. The man reportedly was upset after breaking his headphones over the head of the rapper’s bodyguard.

The Swedish government has been unyielding and there is speculation that the prosecutors may delay their decision to charge the Harlem native beyond the initial three-week timeframe.

If convicted A$AP Rocky faces up to six years in jail.

Stand in support and request Rocky’s release from Swedish officials! Sign the petition and join the movement at change.org . Link in bio #JusticeForRocky

Since the arrest, fellow artists in the Hip Hop community united to boycott the European country. It has been reported that Rocky is being jailed in conditions considered less than humane.