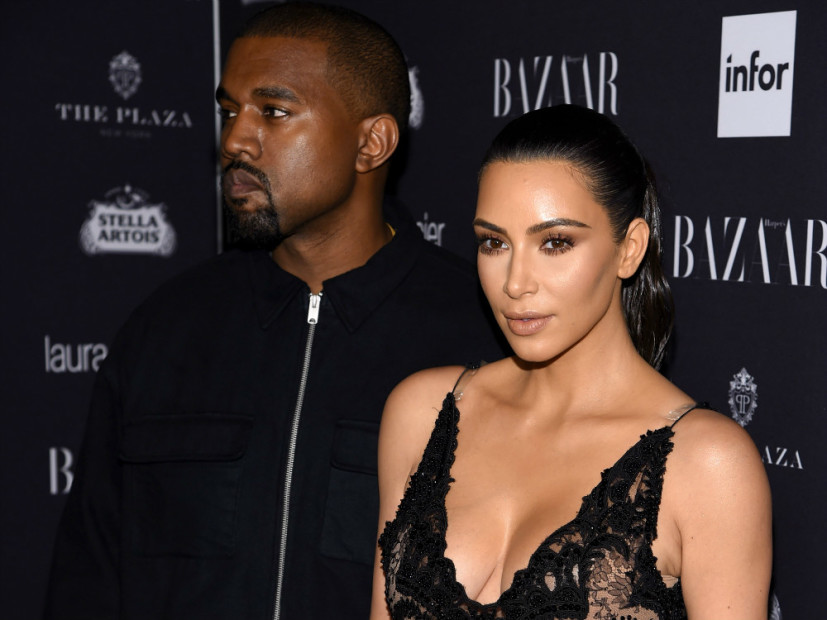 Los Angeles, CA – Kanye West and Kim Kardashian have evidently settled on a name for their fourth child who was born via surrogate earlier this month.

The Keeping Up With The Kardashians star made the announcement on Friday afternoon (May 17) via Twitter with a screenshot of a text message to ‘Ye.

“Psalm West,” she wrote alongside a photo of the baby asleep in his crib.

Kardashian included the sentiments, “Beautiful Mother’s Day. With the arrival of our fourth child. We are blessed beyond measure.”

[This post has been updated. The last version was published on May 10, 2019 and can be found below.]

Kim Kardashian took to social media on Friday (May 10) to reveal the happy news that their fourth child — a baby boy — was born via surrogate without a scratch on his head.

“He’s here and he’s perfect!” the 38-year-old star said of the newborn.

She also made note of the family resemblance tweeting, “He’s also Chicago’s twin lol I’m sure he will change a lot but now he looks just like her.”

HipHopDX sends its congratulations to the Wests.

[This post has been updated. The following was originally published on May 9, 2019.]

The surrogate hired to carry Kanye West and Kim Kardashian’s fourth child has reportedly gone into labor. According to TMZ, the famous couple was at the hospital on Thursday night (May 9) with the surrogate.

Kardashian matriarch Kris Jenner was blindsided with the news while taping an episode of The Ellen Show. She had no idea the surrogate was prepping for delivery.

“I surprised @KrisJenner with 6 of her grandchildren,” Ellen wrote on Twitter. “Then I surprised her with one more. Sending love to you, @KimKardashian and @KanyeWest! @kourtneykardash.”

I surprised @KrisJenner with 6 of her grandchildren. Then I surprised her with one more. Sending love to you, @KimKardashian and @KanyeWest! @kourtneykardash pic.twitter.com/7SzHA2sahM

Although ‘Ye and Kardashian were in the delivery room for the birth of Chicago, their third child, it’s unclear if they will be in the room this time. The woman who they brought on board to carry Chicago was unavailable to carry the new baby boy — only because she just gave birth to her own child less than 12 months after delivering Chicago.

The newest addition to the family joins his older siblings Chicago, Saint and North.