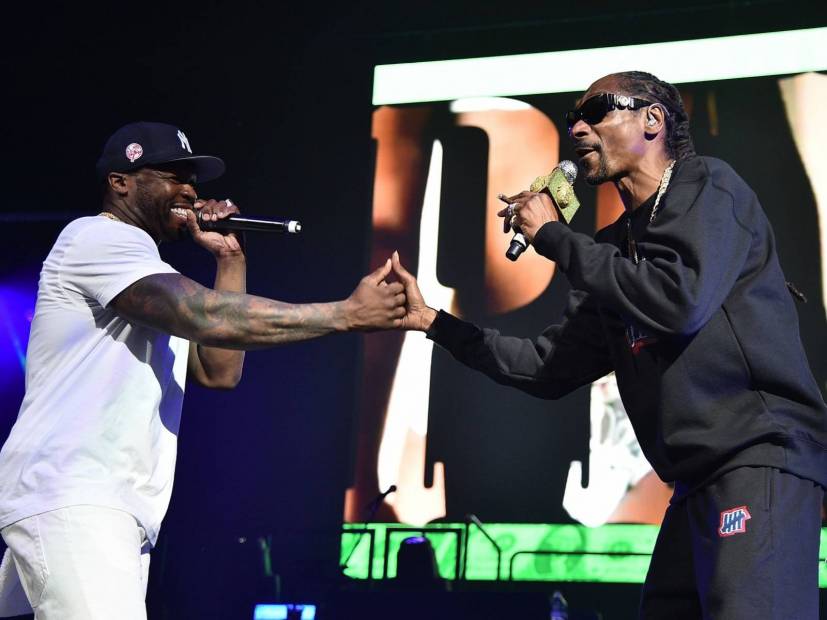 Snoop Dogg Flips The Script On 50 Cent & Demands His Lambo

During Fiddy’s set, the almighty Doggfather hopped on stage to run through a live rendition of the “P.I.M.P. (G-Mix)” alongside his fellow Hip Hop vet.

But there was one problem — Snoop says he didn’t get paid.

So, in true 50 fashion, the “Deep Cover” legend flipped the script and demanded not only money from the Power co-creator but also his custom Versace Lamborghini.

Shortly after the show, Snoop hit Instagram to make his demands clear while circling 50’s luxury sports car and being careful not to reveal his license plate.

“50 Cent!” he begins. “I rapped on stage tonight with 50 Cent — I did P.I.M.P. and he didn’t give me no money. So I guess I’m gonna take his car and we gonna call it even. I need my money cuz. Matter of fact, I don’t even want the money. I just want to drive this pretty muthafucka.

“Let me drive this pretty muthafucka around New York. You understand me? Top down. 50! Did you leave some money in there for me cuz? Oh he got his little son’s toy in there. My nephew can ride in the passenger’s seat. Get it together. I be back. Gonna take this car for a spin. Holla at me 50.”

Naturally, 50 wasted no time firing back his response. He placed the blame solely on the promoter.

“Snoop came backstage … and he smoking weed and shit … that shit was not even regular weed,” he says. “I promise you. That shit was crazy Like I was high as a muthafucka and I ain’t even smoking the shit. He said, ‘Yo when you do your thing, I’ll pop out.’ When the money came, his eyes went [bugged out].

“I should have known right there not to fuck with him. He said, ‘You gotta give me some money.’ Huh? ‘Why didn’t you get that from the promoter?’ Fuck that. This is not me, man. This is them. They owe you the money.”

@snoopdogg tripping I had to go get my car back from him.🤨 you play to much Cuz, want me to help you get it 🤔#lecheminduroi #bransoncognac #bellator #starzplay

In the caption, 50 revealed he went and got his car back from Snoop, which the D-O-Double G acknowledged in another Instagram post on Saturday (June 29).

“What you say?” he asks someone off camera. “Man, how the fuck y’all let 50 take the car back when I was asleep, man. I was supposed to keep the car all muthafuckin’ night. Y’all some stupid muthafuckas.”

“How did y’all let him get the car back while I was sleep,” he wrote in the caption. “fuuuuccccc. U got me @50cent.”

How did y’all let him get the car back while I was sleep 😴 fuuuuccccc. U got me @50cent