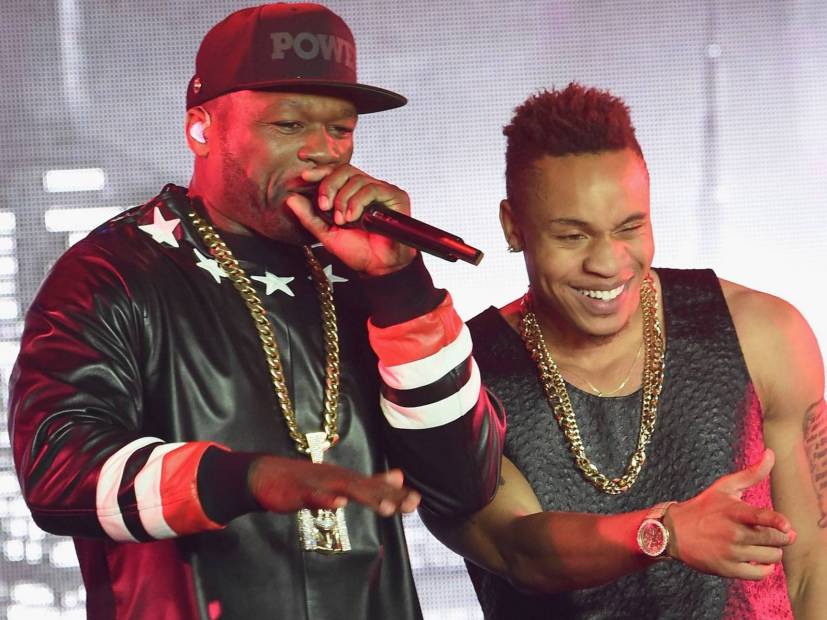 Power actor Rotimi has pacified his co-star 50 Cent — at least temporarily. After Fiddy went after Rotimi on social media for an alleged $300,000 debt, the R&B singer reportedly settled part of the outstanding bill.

In an interview with TMZ Live, Rotimi copped to owing Fiddy money and says he handed over $100,000 to 50 earlier this week.

“Let me explain the whole situation,” he began. “When you’re signed to someone as an artist, they give you a budget to promote the records, make sure everything’s good with the records and market it so it gets the best value … 50 believed in me in 2014 and gave me a deal under G-Unit.”

“At this point, we didn’t agree on the single ‘Love Rhythm.’ I felt it was the one. He felt like I should’ve gone with another record, so I asked him, ‘Can I get out of my deal?’ He said, ‘Yes, I’m not gonna hold you back, but there’s business.'”

As Rotimi went on to explain their deal, he revealed a payment already went down.

“The way he handles situations is unorthodox,” he continued. “I think he was just in a bad mood yesterday. I don’t know what it was. I was just confused, like, ‘Yo, we talked about this.’ We talked about it today. Instead of waiting for royalties, because he’s my brother, instead of waiting for royalties, I gave him $100,000. We’re good. We’re good.”

50 was apparently satisfied with Rotimi’s attempt to make things right. On Thursday (May 30), he shared a clip of the TMZ interview on his Instagram account.

“I have no problem with @Rotimi in fact I wish him and his family the best God bless,” he captioned the video. “POSITIVE VIBES.”

Snoop Dogg was convinced 50 would’ve had Rotimi’s character “Dre” killed off in an upcoming episode of Power — which he clearly didn’t want. Subsequently, he offered to pay 50 the $300,000 Rotimi owed him. But, it looks like Uncle Snoop won’t have to save Dre after all.

😟I have no problem with @Rotimi in fact I wish him and his family the best God bless. POSITIVE VIBES #lecheminduroi #bransoncognac