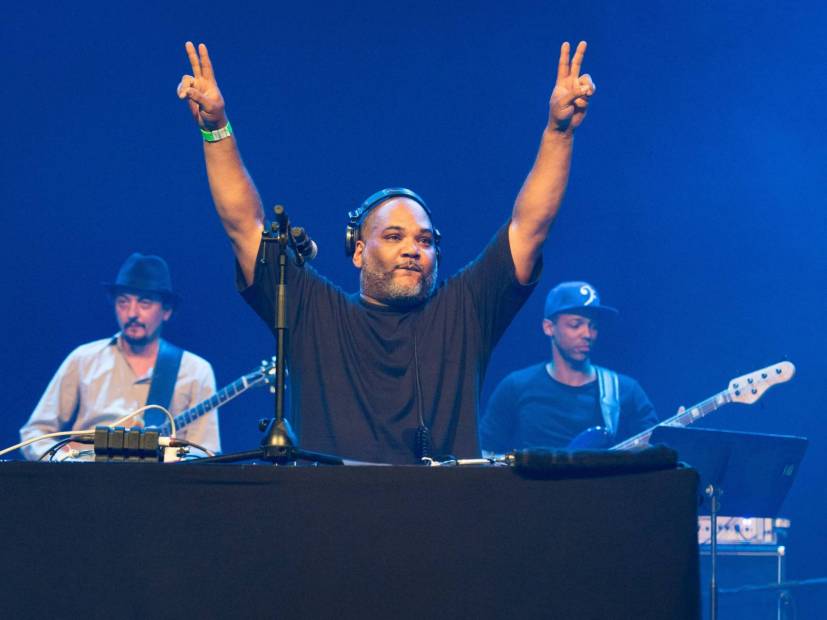 Despite negotiations, a resolution between De La Soul and former label Tommy Boy Records has yet to be found. In an recent Instagram update, Maseo, Dave and Pos collectively explained the Tommy Boy boycott — which they’ve dubbed the “Tommy Boycott” — wages on.

“Another disappointing week of contractual tug-of-war bullshit,” the text read. “after 30 long years of exploiting, profiting and benefiting from a savory De La Soul legacy…it’s 2019 Tom [Silverman], can we get a taste too??? The #TommyBoycott continues.”

The caption included a quote from the 1982 Oprah movie, The Color Purple.

The iconic New York-bred Hip Hop trio first called foul on Tommy Boy in February after revealing via Instagram they were getting the raw end of the deal on a streaming contract. Once the word started to spread, Questlove launched a Tommy Boy boycott, which was supported by countless people.

As a result, Tommy Boy halted the release of De La’s digital catalog, something they explained in a statement to Variety.

“Because Tommy Boy has not had the opportunity to sit down together with De La Soul and finalize our negotiations — something we’ve wanted to do for months — we have decided to postpone the digital release of their catalog scheduled for tomorrow,” the statement read. “We know fans are eager to hear these amazing recordings and we are hopeful for a quick resolution.”

In the meantime, De La is currently nearing the end of an international run called the Kings Of Rap Tour with Public Enemy, DJ Premier and Wu-Tang Clan.

[This article has been updated. The original version was published on February 28, 2019 and can be found below.]

Tommy Boy Records has made a decision regarding De La Soul’s digital catalog.

According to a statement obtained by Variety, the imprint has decided to postpone its release in light of the controversy surrounding the terms of their agreement with the legendary Hip Hop trio.

“Because Tommy Boy has not had the opportunity to sit down together with De La Soul and finalize our negotiations — something we’ve wanted to do for months — we have decided to postpone the digital release of their catalog scheduled for tomorrow,” the statement reads. “We know fans are eager to hear these amazing recordings and we are hopeful for a quick resolution.”

The group’s first six albums — including the 1989 classic 3 Feet High and Rising — was expected to arrive on all digital platforms on Friday (March 1) at midnight. But De La Soul was incredibly vocal about the situation on their Instagram page and inadvertently sparked a “Tommy Boy Boycott” spearheaded by Questlove.

Nas, JAY-Z, Jarobi and many of their peers quickly joined in the fight. As a result, TIDAL agreed not to participate in the streaming deal.

In a recent interview with HipHopDX, Maseo said the boycott was completely organic.

The Tommy Boy rep added sampling wasn’t the primary source of their disagreement and “negotiating points are still to be finalized.”

De La’s catalog with the label has been plagued by legal issues over uncleared samples for 30 years. Their music has never have been legally available on streaming services and the catalog has moved from Tommy Boy to Warner Bros. and back again without the sampling issues being resolved.

Despite the label drama, De La Soul is in good spirits and looking forward to putting out two new albums this year, including a follow-up to 2016’s And The Anonymous Nobody and a third installment of the Art Official Intelligence series.

DX has reached out to Tommy Boy and De La Soul for further comment.